First look at Ducati’s new electric scooter – what do you think?

Ducati recently announced a partnership with Vmoto to market a Ducati-branded electric scooter. The new scooter, which is based on a Super SOCO CUx, has now been unveiled.

The new Ducati electric scooter was recently shown off at a press event. The scooter is definitely still a Super SOCO CUx, which we first spotted at the Milan Motorcycle Show last year.

But it still doesn’t look like any other Super SOCO CUx I’ve seen. The Ducati branding might not push the electric scooter past its 45 km/h (28 mph) top speed, but it does make it the sportiest looking CUx to roll off the line.

And according to MCN, the Ducati team at the MotoGP is already using the scooter to get around in the paddocks. Imagine, you could be riding the same scooter as Ducati’s race team. 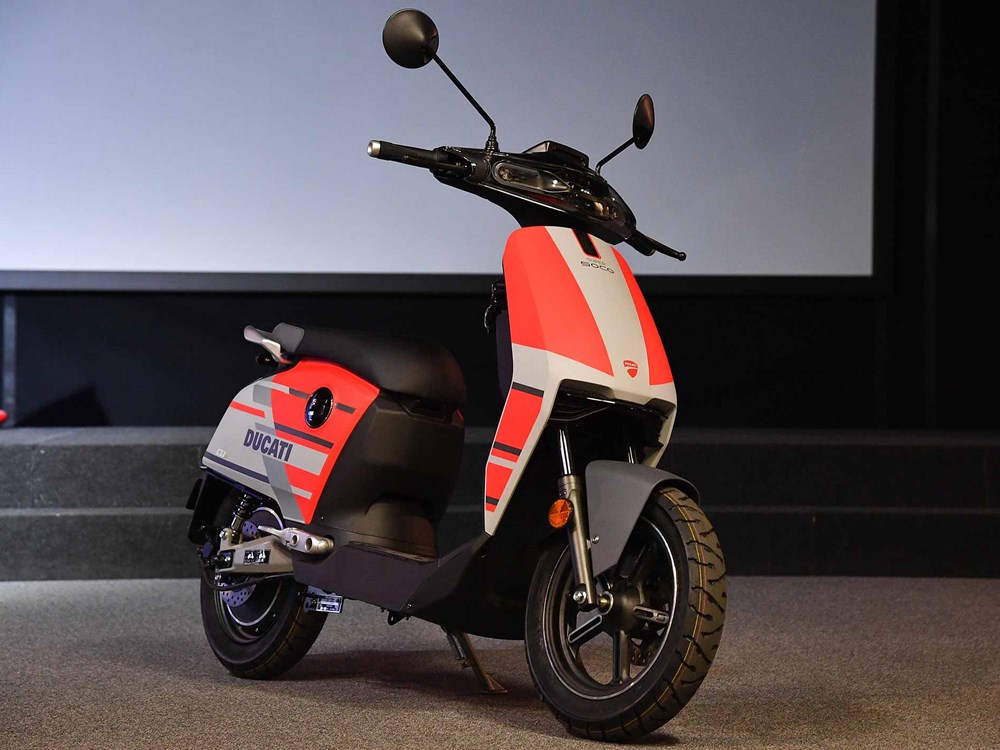 “We’re very excited to launch this special Ducati version of our CUx moped, a stunning representation of the Italian brand and helps to add even more credibility to the Soco range. The standard version has already been incredibly popular since its launch only two months ago so we’re looking forward to giving riders the chance to purchase this limited edition version.”

Check out the press event below:

Even though I’ve had time for the news of a Ducati electric scooter to sink in, it still surprises me a bit.

I’ve been waiting for an electric Ducati motorcycle for a while, and have even seen some pretty nice renderings of what it could look like.

And it’s not like Ducati is afraid of entering the electric vehicle space. They’ve already put out a couple of Ducati electric bicycles and now have a very nice electric scooter to add to their lineup.

The CEO of Ducati even famously said that the company is working towards an electric motorcycle already.

But it seems they are still getting their feet wet with smaller electric two-wheelers before committing to a full electric motorcycle.

And you know what? That’s fine by me. I believe it shows that the brand is actually committed to EVs.

Yea, sure – it’s easy to slap a Ducati sticker on someone else’s electric scooter. But if the company was anti-EV, they wouldn’t even be taking these baby steps. So with the amount of interest in EVs they’ve shown, I truly believe Ducati is serious about electric transportation, and that we could be seeing a Ducati electric motorcycle sooner than we might expect.