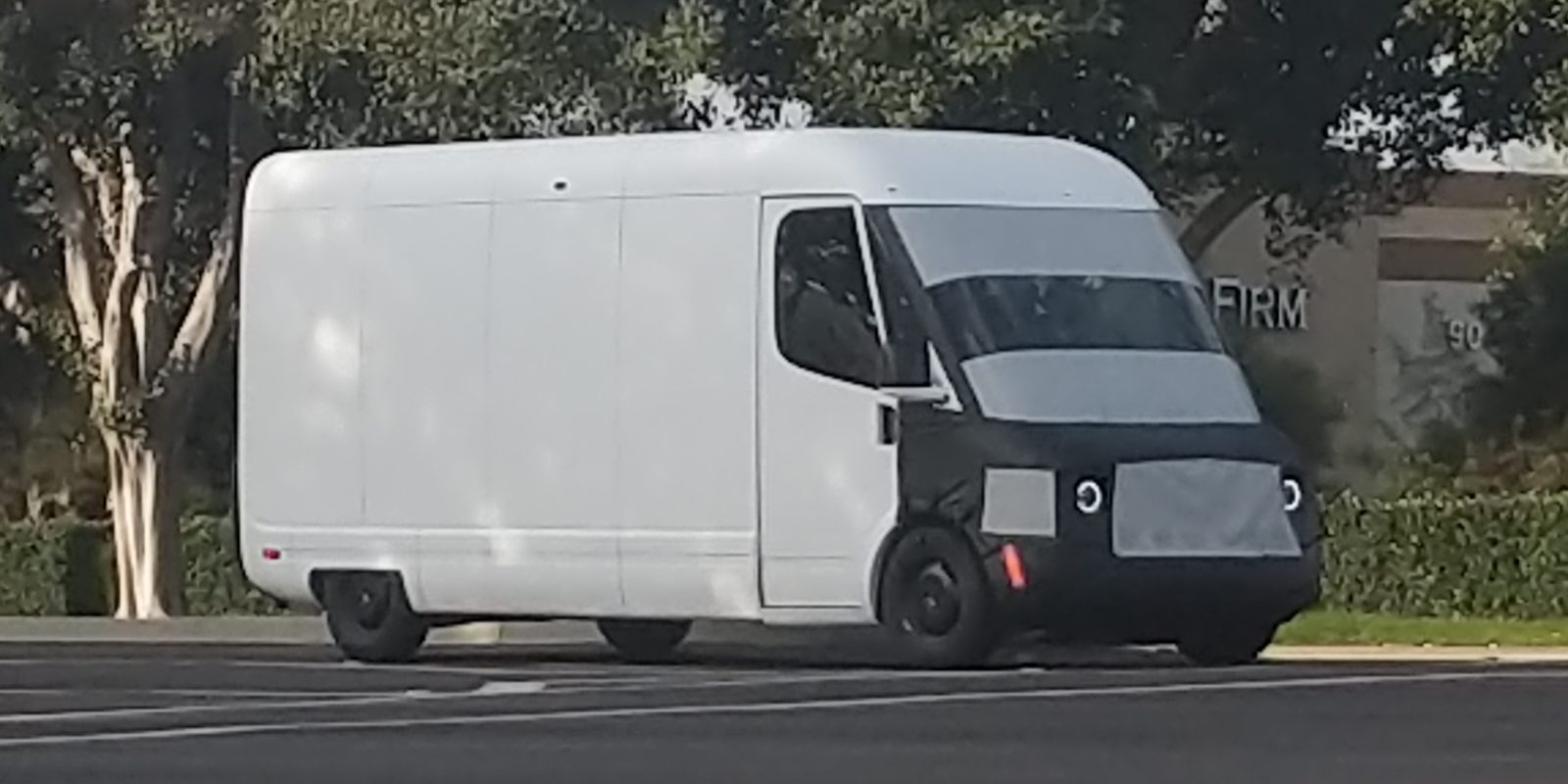 Rivian was spotted testing its delivery van near the company’s facility in Irvine, Calif., on Saturday. The van is part of a deal with Amazon, which has ordered 100,000 of them from Rivian after leading a $700 million funding round for the company.

Rivian is headquartered in Michigan and has a factory in Illinois, but it has a lot of operations in the Irvine area. Its ~20,000-square-foot facility houses the company’s battery team and other departments. Irvine is home to offices of many technology firms, so Rivian has good company in the area.

The photos, taken Saturday, show a van that very much looks like a prototype. It’s missing the standard “camouflage”-style wrap that most prototype vehicles get (including the three Rivian R1Ts which accompanied it), but the front and rear end are covered up.

We had already seen photos of the van’s design concept, including the covered portions of the prototype, which could either mean that Rivian is still working on design details (which have changed since early renders) or they’ve just kept the camouflage on to maintain a sense of mystique. As can be seen with the R1Ts, sometimes automakers will keep camouflage on prototype vehicles long after they’ve been revealed to the public.

It could also be a matter of branding — the photos we’ve seen carry Amazon branding on the “grille” area, which might be swapped out if Rivian also supplies vehicles to other companies.

The van had an entourage of three pre-production R1T vehicles, though these are trucks we’ve already seen many times before. The R1T truck comes out in summer 2021, and the launch edition is already sold out (which keeps happening to electric cars before launch, almost like EVs are popular, hmm).

Of note, the van looks to have quite low ground clearance. This could indicate that it was full of payload and being tested for those purposes, or perhaps that’s just part of the design. Lower ground clearance makes the van easier to get in and out of, which a delivery driver may do hundreds of times a day. It also improves aerodynamics and efficiency slightly by reducing air turbulence (the rear fender skirts also help a lot for this).

The fact that the van was heading onto a local freeway could indicate that this was a real-world high-speed test, but the choice of freeways would be odd for that — the 133 South doesn’t go very far before ending. It does lead to the 405, but that freeway is often plagued with traffic in both directions around Irvine (though maybe not so bad on a Saturday afternoon).

While we can’t get much insight from these pics, the fact that the van is out and testing is a good sign. We hope Rivian can get them on the road as soon as possible to help reduce emissions and noise from these delivery vans.

Anything new you’re able to spot from these few static pics of Rivian’s delivery van in action? Let us know in the comments.