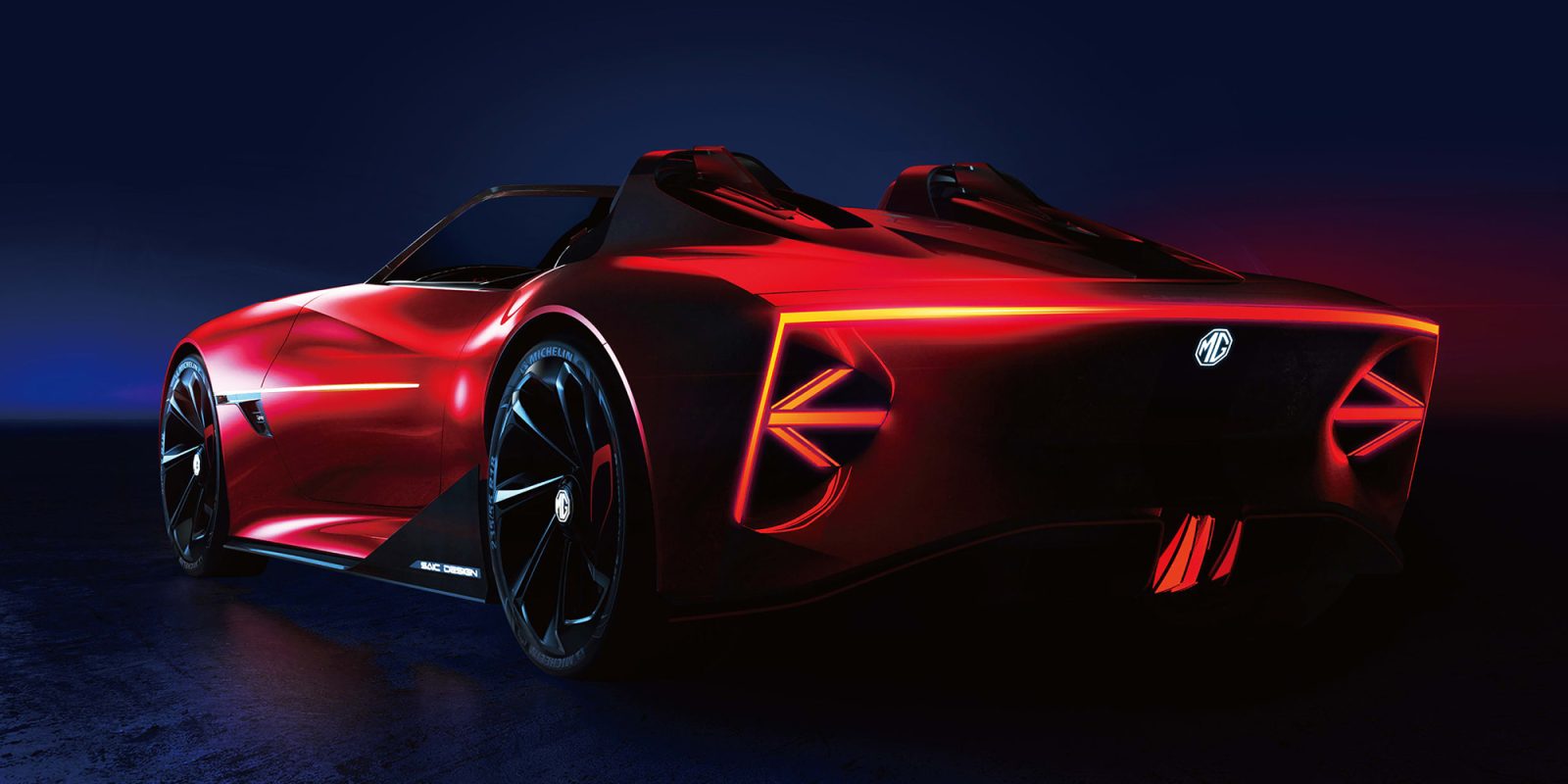 MG has revealed first images of its Cyberster electric concept vehicle before its debut at the 2021 Shanghai Motor Show this month. The two-seater sports car was developed by the MG Advanced Design Centre in London and was designed as a futuristic homage to the brand’s classic MGB Roadster.

MG is an ever-shifting UK automaker dating back to 1924. After decades of innovation as MG Cars, the company saw a slew of various successors beginning in the 1950s. In 2006, Nanjing Automobile Group acquired MG before being absorbed by SAIC Motor a year later.

Since then, the MG Motor brand has been relaunched and produces vehicles that are designed at its original facility in London and manufactured in China. The first reborn MG Motor vehicles rolled off assembly lines a decade ago, but it wasn’t until 2018 that it released its first production EV, the MG ZS.

Since then, it has released an electric version of its MG5 hatchback, as well as PHEV versions of its existing models. Furthermore, MG Motor released an electric sports car concept called the MG E-Motion. It debuted at the Shanghai Motor Show in 2017, but never made it to production. Now, the automaker looks to offer another concept debut in China this month with the MG Cyberster electric concept.

In a press release from MG, it shares how the Cyberster features classic round “Magic Eye” headlights that open when switched on, plus a slim grill design. Its features are reminiscent of the original MGB Roadster from the 1960s. Carl Gotham, director of SAIC Design Advanced London, said:

The Cyberster is a bold statement that looks strongly into MG’s future, touching on our heritage but more importantly building on our cutting edge technology and advanced design.

The MG Cyberster concept will feature a “laser belt” LED strip down the side of the car. Furthermore, LED taillights are integrated flat into the rear of the car, projecting “a digital image that echoes MG’s British heritage.”

According to the automaker, the MG Cyberster concept will achieve a range of 800km (500 miles) and can travel 0-100 km/h (0-62 mph) in less than three seconds. Furthermore, the EV concept will feature 5G interconnectivity.

That’s about all we know thus far. MG promises to reveal further details on the Cyberster during its official debut at the Shanghai Motor Show taking place April 21-28. We will keep an eye on this concept as more is revealed and will keep you in the know.

It’s a cool car with some futuristic innovation. The LEDs in particular stand out both on the front end and around the body. Furthermore, the “Magic Eye” headlights are intriguing. We’re looking forward to seeing how those turn on and function in real life.

Based on the very little details shared by MG Motor so far, this is a sleek electric sports car concept with some potential for sci-fi like capabilities. With that said, this is only a concept. Unfortunately, nothing ever came from MG’s 2017 E-Motion concept. So it’s tough to get super excited about a potential production version.

With that said, MG may be in a better place financially and structurally now as it continues to expand in China, and other parts of the world. There are rumors that MG is pondering crowdfunding to get the Cyberster concept into full-fledged production, but that has not been confirmed by MG Motor.

We will tune into the Shanghai Motor Show to get a better glimpse of this concept EV in action. Hopefully we will learn a bit more on how realistic this vehicle is.