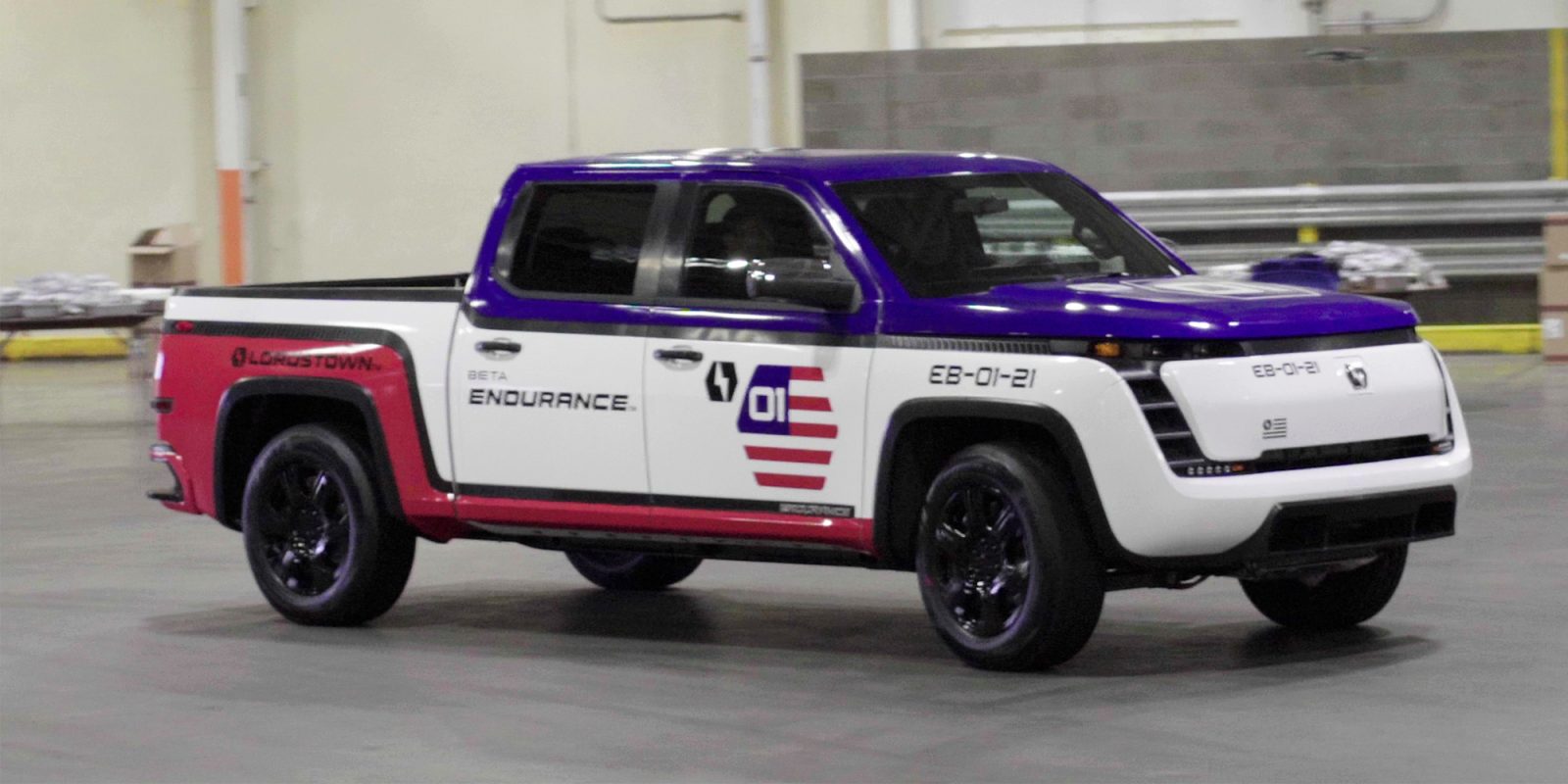 Today, Lordstown Motors rolled the first two Beta versions of its Endurance electric pickup truck off its manufacturing line. These two Betas are the first of 57 planned in total for Lordstown, as it gears up for mass production of the Endurance this fall.

Lordstown Motors is an EV startup based in the Ohio city of the same name. It operates out of a manufacturing facility previously operated by General Motors. (GM invested $75 million in Lordstown Motors with the hope that it will eventually become a serious competitor to Tesla.)

After showcasing footage of a working Endurance prototype last summer, the US automaker went public through a reverse merger with DiamondPeak in the fall. The automaker quickly saw its valuation hockey stick up to $4 billion. This past January, Lordstown claimed to have received 100,000 pre-orders.

Most recently though, the hype surrounding Lordstown Motors has slowed down after its Endurance prototype burst into flames during its first road test. Furthermore, its touted pre-orders have come into question from notorious short seller Hindenberg Research. The report claims the pre-orders are significantly exaggerated, and most are non-binding. This bad press has now also led to a class-action lawsuit.

Today, the Midwestern automaker rolled the first two Endurance Betas off its assembly line in front of a group of employees. Next, Lordstown will focus on manufacturing 55 additional Endurance pickups for further testing before full production begins in September.

In a message from the company with the video, Lordstown said:

It all started with a designer’s pencil and today, we rolled our first Betas off the line. We are proud of this significant accomplishment. This afternoon we recognized the dedication and hard work of our Ride Associates who have worked tirelessly to make this happen. Their skill and work ethic are critical to our success as we push ahead, producing the rest of our 57 Betas, and dedicating our energies to beginning production this September.

We have reached out to Lordstown for more details about what sort of testing these Endurance Betas will be going through, but have yet to hear back. Check back with our Lordstown Motors guide for more updates as the company moves closer to mass production on the Endurance.

You can check out the full Beta unveiling here too:

It’s got to be encouraging for Lordstown to roll out these two Endurance Betas and not have them burst into flames in front of their staff. Now that would be embarrassing.

Apologies if that’s a bit snarky, but it’s hard to get back on the Endurance hype train after Lordstown’s recent and plentiful follies. While there’s room for optimism to see Betas rolling off assembly lines in Ohio, it’s still a long way from production-ready Endurance trucks. Furthermore, September isn’t that far away, either.

It would be more interesting to shine a spotlight on all the vigorous testing these trucks will be… enduring. We’ve asked for more details on the Beta process and hope to cover the Endurance more as production (hopefully) moves forward.

Given Lordstown’s previous PR tactics, however, we’re going to keep our guard up until we see more viable progress.