Tesla Model X with over 400,000 miles gets turned into a piece of art by Kenny Scharf 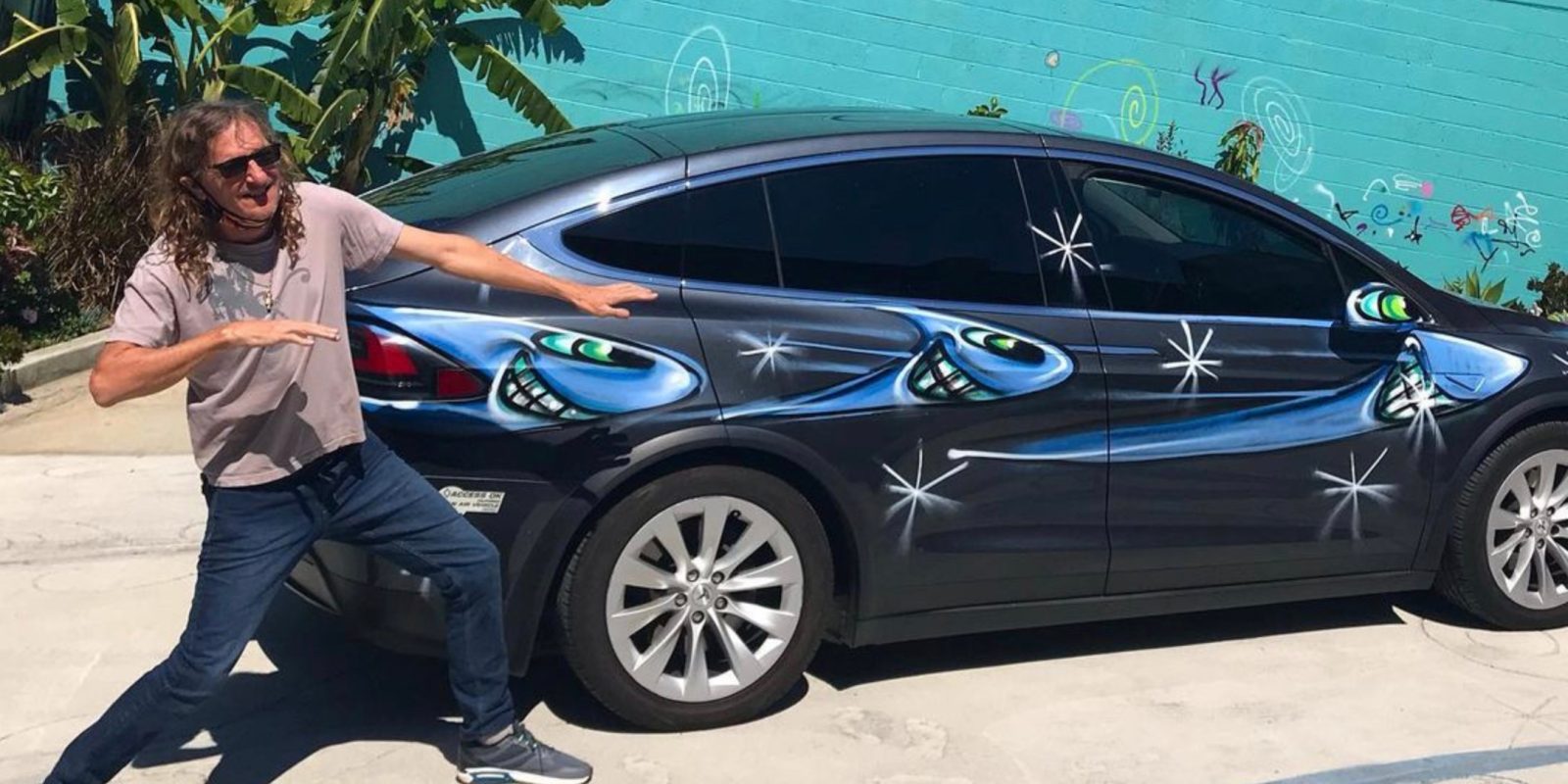 A Tesla Model X with over 400,000 miles, making it one of the highest mileage electric cars in the world, has been turned into a piece of art by famed artist Kenny Scharf.

And it’s for a fun project…

As some of you might know, I bought a Tesla Model X with over 400,000 miles on the odometer last year.

Before the pandemic, I used to split my time between Montreal and Los Angeles when I wasn’t traveling and I needed a car to get around in California.

I didn’t want to spend too much money and I wanted something cool that I could report on.

So when I heard that Tesloop was selling its fleet of Tesla vehicles, I thought it was the perfect opportunity.

I produced a few videos and articles on the car to explore how it is holding up after so many miles:

But with the pandemic hitting hard, it became too complicated to be bicoastal and I had to go back to Canada.

I left my Model X with my friend Chris Paine, the movie director behind Who Killed the Electric Car? and Revenge of the Electric Car, which were very influencial projects in the EV community.

At this point, Chris has driven the Model X more than I did over the first year since I bought it.

He gave me an update on the electric SUV this week:

“In the 9 months we’ve had your Model X, we’ve had the 12-volt battery replaced, along with key fob batteries, we added a baby seat, and spilled a box of cereal in the middle row. The motor is a little loud at freeway speeds for cell phone calls, but Tesla told us slightly newer Model X’s don’t have this problem. And some bad news/good news: bad news is one of the neighborhood kids spray painted the car, the good news is we filmed it for ‘Rise of the Electric Car.'”

Normally, I wouldn’t be happy that someone spray-painted my car, but Chris has some very talented vandals in his neighborhood.

Painter Kenny Scharf is the culprit in this case:

Kenny is known for his paintings, murals, and sculptures, but he spontaneously started using cars as a medium to create what he calls “karbombz”:

“I was way down south in Alabama, painting a mural, when a nice lady pulled to the side of the road and asked if I would paint her car. I quickly bombed it, and returned to my mural. After finishing, and returning to New York, I posted a picture on Instagram and said ‘Anyone who wants one, it is absolutely free!’ Thus KARBOMBZ! began!”

My Model X is now the 300th “karbombz” done by Kenny. You can check his Instagram where he often posts his recent karbombz as well as his other work:

In case you didn’t catch it in Chris’s comment, he actually filmed Kenny painting the Model X as part of an upcoming third installment of his series of documentaries on electric vehicles.

You can follow Papercut Films to stay in the loop with the movie.

Rise of the Electric Car