Tesla Model X with extreme mileage racked up $29,000 in repair/maintenance and that’s good

In the latest installment of our series on the highest-mileage Tesla Model X (and one of the highest mileage EVs in the world), we look into how a Model X with over 400,000 miles racked up $29,000 in repair and maintenance and why that’s good.

Just over 2 months ago, I bought one of the cheapest and most high-mileage Tesla Model X vehicles ever.

With over 400,000 miles (650,000 km), It’s one of the highest-mileage electric vehicles in the world and serves as a great case study for the longevity of electric cars, in general, and Tesla vehicles in particular.

It’s why we are posting a series of articles and videos about the vehicle and this episode is about the repair and maintenance history of the Model X.

The reason why this 2016 Model X already has over 400,000 miles on the odometer is that it was owned by Tesloop who used it to transport customers between Los Angeles and San Diego for years.

Tesloop kept a good tally of the maintenance and repairs done on the Model X, which they called Rex. You can see the full history further down and here’s a video I produced about it:

Sponsor: “Thanks to United Chargers for sponsoring this episode of the Electrek High-Mileage EV series. United Chargers has for mission to accelerate EV adoption by making charging affordable to everyone and that’s why their Grizzl-E charger starts at just $399. While the price is inexpensive, the charger is not cheap. It is made in Canada and features a sturdy aluminum casing that is rated NEMA 4 air and water tight. It can be installed on any breaker from 20 to 50-amp and comes with a choice premium cable for cold climates. It works great with electric car, but it’s especially works great with Tesla vehicles since it can take advantage of the 10 kW level 2 charging capability in Tesla cars. For that price, I don’t know of a better deal. It even comes with United Chargers’ Easy Plug, which holds your connector and acts as a cable management system. Visit the Grizzl-E website and start charging faster without breaking the bank with a Grizzl-E home charging station. You can also find their products on Amazon.”

$29,000 in repairs sounds like a lot, especially in less than 4 years, but it’s actually quite good when you keep in mind that it has over 400,000 miles, which is more mileage than the average car over its total lifetime.

Most cars would take 20 years or more to reach that kind of mileage if they even can, and that would add up to just $1,450 per year in repair and maintenance.

Now it looks even better when we get into the details and see that about $9,000 of the total was used to replace tires.

Tesloop didn’t often change all the tires at once, which makes it harder to get a clear look at how long the tires lasted, but the Tesla Model X ended going through 42 tires over the 400,000 miles.

That adds up to just over 10 full cycles of tires or one set every 40,000 miles, which is not great, but it’s not bad either. Some people will get more than that and others less depending on how nice you are to your tires.

Now let’s move to the big tickets items that contributed to the $29,000 – starting with the one that worries me the most: the middle row seats.

Aesthetically speaking, Tesla did a beautiful job with the second-row seats in the Model X configured for 6 people. The T-shaped stands are quite stunning, but the mechanism to move them back and forth as well as tilt them to create more room in the back has proven to be problematic. 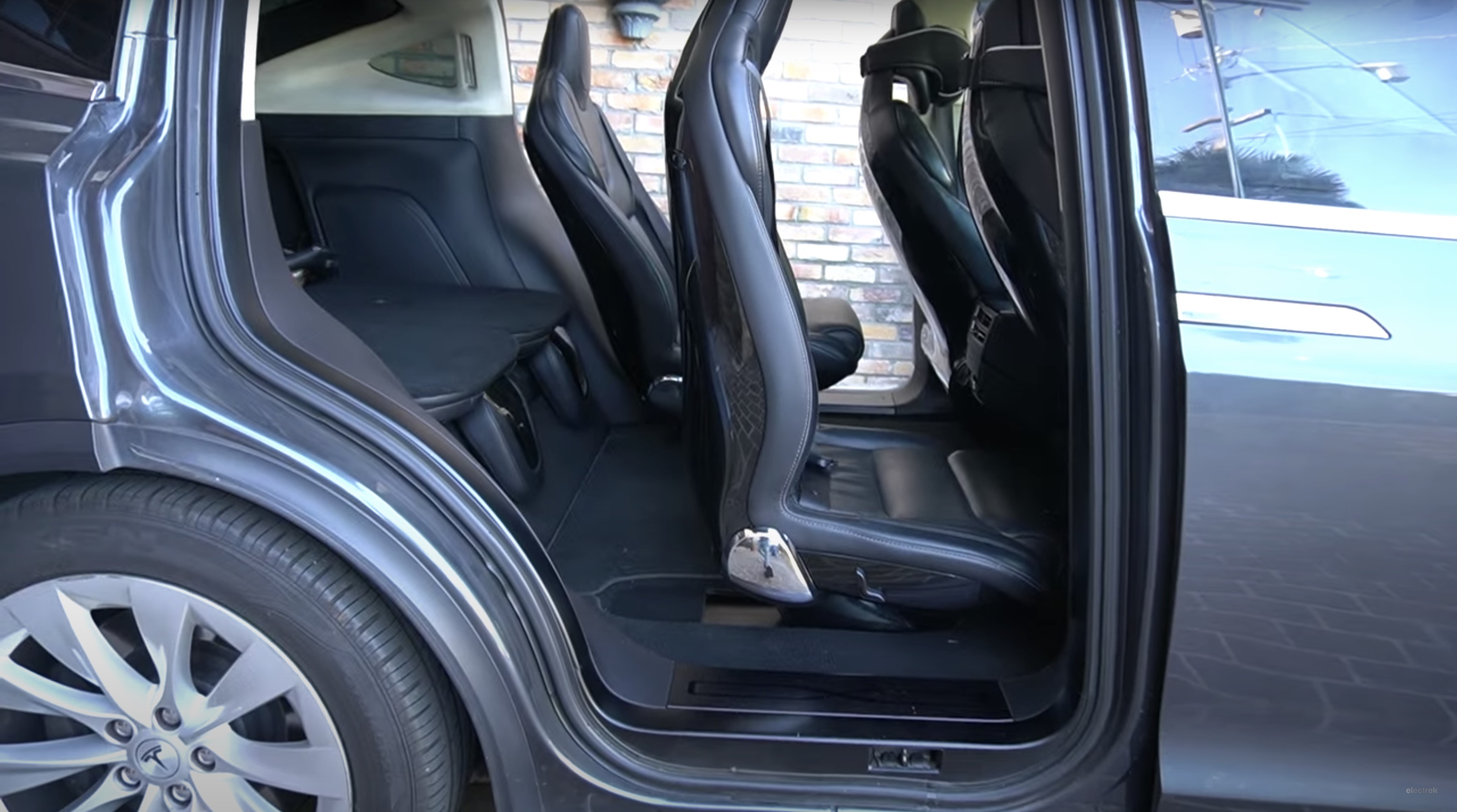 They had to be replaced at just over 230,000 miles, but they are working fine now. With that kind of cost to replace them, I am a little worried about them breaking again. I’ll keep you posted.

The second biggest item is a $3,389.83 charge for “MCU (Touchscreen) Replacement and Chargeport Door replacement.” It happened somewhat recently mileage-wise at 373,000 miles around this time last year.

It had an error and the screen went blank. I am not too worried about that since Tesla has started offering MCU upgrades and even though it has limited benefits for AP1 vehicles, it could be a good solution for this vehicle in the future, especially if they can also fix the yellow lines on the sides, which have come back on this unit.

We are talking about big numbers here, but they all need to be put in the perspective of the vehicle having over 400,000 miles on the odometer.

Most vehicles don’t get to that kind of mileage in the first place so it’s hard to get a good comparison, but I’ve heard of BMW and Mercedes-Benz owners getting similar tallies over half the mileage.

Also, Model X is probably not the best example of electric vehicles when it comes to repairs. It has been described as the Fabergé egg of cars. There are a lot of complex components that can cost more to repair.

But overall, I think it bodes well for high-mileage Tesla vehicles when it comes to repair and maintenance. You just need to be ready to buy some rubber.

Even things like the 12-volt battery, which has been a problem with Tesla vehicles in the past, have performed decently well on this Model X. It had to be replaced three times over the lifetime of the car, which is nothing to worry about at 400,000 miles.