A glimpse inside Lucid Motors’ new factory in Arizona 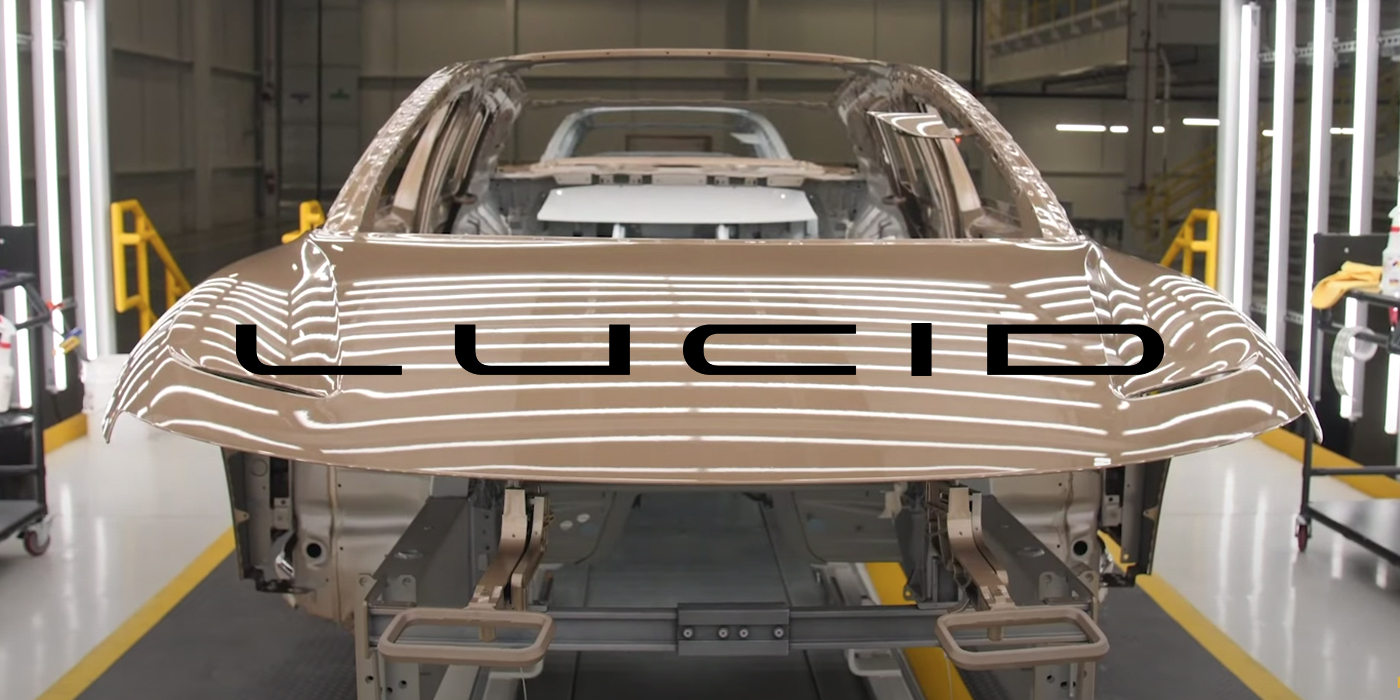 Lucid Motors is making strides toward delivering its foremost electric sedan this spring. Its production lines are beginning to come to life. This is all taking place in Casa Grande, Arizona, a 590-acre footprint and home to Lucid Motors’ new production factory.

The Lucid AMP-1 (Advanced Manufacturing Plant) will house the production and assembly of the California-based automaker’s upcoming Air luxury sedan.

According to a spokesperson for Lucid, the AMP-1 facility is the first, purpose-built EV manufacturing site in North America. This is significant, as most startups in the EV space purchase and repurpose previously built manufacturing facilities. Furthermore, Lucid Motors’ factory is also the first automotive manufacturing space to call the state of Arizona home.

That leeway to expand is apparent in footage of Lucid Motors new factory, and hearing what substantial plans it has for the future. Phase 1, which was completed last November, has begun production on the Air sedan. It can currently build 34,000 vehicles per year. Current assembly lines handle six jobs per hour, which comes out to one vehicle every 10 minutes.

At the AMP-1 facility, upcoming Airs begin in the body shop, then move to the paint shop we recently covered. The vehicle then heads to interior assembly. From there, each vehicle receives a battery pack, wheels, and doors before final inspection.

In the video, Rawlinson states that Lucid is already preparing for phase 2 of the AMP-1 facility. This expansion will provide further space for the automaker to build its upcoming Gravity SUV. Furthermore, vehicle production is expected to increase from 34,000 to 90,000.

This increase could also assist Lucid in its goal of delivering Air sedans to Europe in the first half of 2022. Phase 2, aka “Project Gravity,” is slated to break ground at the end of 2021, and complete in summer 2023.

There appears to be plenty more in store for Lucid, too. The CEO admitted that the expansion could include up to four phases on its current 590-acre plot. Its “future-ready” approach has set the manufacturer up nicely for expanding to what Rawlinson calls its Platform 2 project.

This phase 3 plan would double size of the plant yet again, and ramp up the volume of vehicles. Lucid believes that it can get its plant to produce 400,000 vehicles a year in its final form.

Looking ahead for Lucid Motors

This will all take time, of course. Phase 1 currently occupies 999,000 square feet, but Lucid’s future facility is expected to expand to around 5.1 million square feet. Let’s hope they keep those construction crews nice and hydrated during those tremendous desert builds!

For now, Lucid is focusing on the pre-production run on its release candidate Air sedans. The first trim to deliver from the EV company will be the Air Dream Edition this spring. The Grand Touring trim will follow summer. Lucid has recently begun expanding its retail presence stateside to begin augmenting Air sales.

With four versions of the Air to debut and the enigmatic Project Gravity SUV on the horizon, there is a lot to be excited about for Lucid Motors and its factory. Lastly, with weeks of rumors continuing to swirl regarding a potential SPAC merger, the luxury EV company has plenty going on for all of us to keep an eye on.