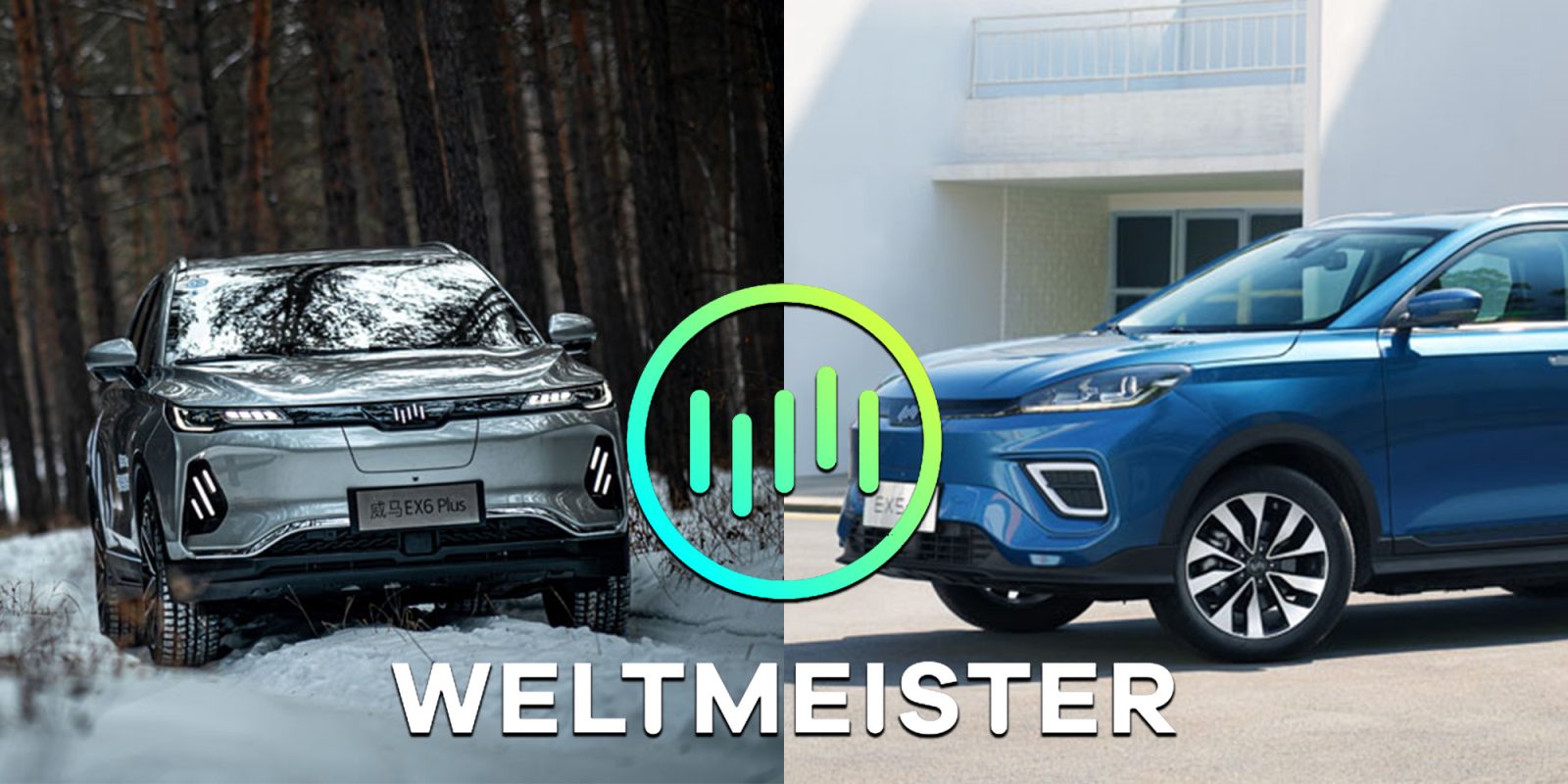 Weltmeister is the electric vehicle brand under the larger umbrella of WM Motor in China. The namesake is short for WM Motor Technology Group Company Limited. The entity itself was founded by CEO Freeman Shen in 2015. Shen was a former board member at Chinese automotive conglomerate Geely during its acquisition of Volvo in 2010. He later served as chairman of Volvo in China. So he brings a wealth of experience to Weltmeister, and it shows.

Weltmeister is the brand behind WM Motor’s battery electric vehicles (BEVs). But the company also provides additional services for customers in China. This includes access to a range of charging solutions. In addition to home chargers, Weltmeister owners also have access to WM Motor’s network of over 200,000 public chargers nationwide. These chargers are easy for owners to find using WM Motor’s own app.

Weltmeister is an electric vehicle company on the rise

You may not have heard of WM Motor or Weltmeister yet, and that’s okay. It actually happens to be one of the highest-funded EV startups in China. Last fall, the five-year-old startup raised 10 billion yuan (~$1.5 billion) worth of outside investments. The money raised is to help cover R&D, marketing, and the expansion of its sales channel.

Many of Weltmeister’s competitors like NIO, Xpeng, and Tesla are publicly owned entities on the New York Stock Exchange (NYSE). After multiple waves of tremendous funding, industry professionals thought it was a matter of time before WM Motor announced an IPO in New York. The company instead deviated from its EV competitors, and opted to list on Shanghai’s Nasdaq-style Star board in 2021 instead of in New York.

In choosing the mass market over arguably saturated luxury, WM Motor is taking some risk. However, if it pays off, Weltmeister could quickly jump miles ahead of its competitors in sales based on practicality. This strategy is based on an informed approach from Weltmeister. The company has previously stated that parents with young children make up 69% of its customer base. To that note, competitors like NIO and Li Auto must outsource a majority of their manufacturing. Weltmeister, on the other hand, already has its own production footprint in place, with room to increase output.

Wetmeister currently offers two smart electric, SUVs with a third on the way. All of WM’s vehicles are highly connected and equipped with advanced on-board software including streaming apps. Another interesting feature is that all of Weltmeister’s vehicles are connected over-the-air. According to the automaker, this makes each EV a valuable data resource. Each vehicle provides real time information on usage and performance during a ride.

Additionally, Weltmeister vehicles feature an in-cabin AI assistant named “Xiaowei.” It can control most of the hardware and software functions using voice commands, so the driver can focus on the road. Let’s dig deeper into the current and upcoming models available starting with its foremost SUV.

The EX5 was the first EV to deliver for Weltmeister in 2018. However, two years before its actual delivery, the EX5 prototype made news in the Chinese media. After images of a Weltmeister prototype had leaked online, people started noticing it was Photoshopped onto a Mistubishi Outlander. WM Motor denied that they had released the images, and made no efforts to get them down for a whole week before they were released. What’s stranger is that when the EX5 did actually debut a year later, it looked almost exactly like the photo.

It is considered a compact crossover SUV, and is the smaller of the current two EVs offered. The 2020 version was renamed the EX5-Z . It comes equipped with touchless technology and advanced remote connectivity functions. It is also the brand’s first EV to sell over 30,000 units.

Weltmeister’s second electric vehicle to hit mass production in China, is the EX6 mid-size crossover SUV. It was originally revealed as the EX6 prototype in 2019. Its production version, the EX6 Plus, debuted later the same year in two mile-range variations. 408 km (254 miles) and 505 km (314 miles). The EX6 Plus along with its EX5 sibling, feature WM Motor’s proprietary skateboard platform called the “Ajax.”

Its design allows space for an abundance of prismatic battery cells, helping achieve the aforementioned 520km NEDC range. Both vehicles can also be equipped with Level 2 Advanced Driver Assistance (L2 ADAS) functions, providing additional safety. The EX6 Plus starts at a price of 239,900 yuan ($37,000) after government subsidies. For the six-set option, it can cost up to $279,900 yuan including subsidies ($43,000).

In terms of size, the W6 fits right between its predecessors. In addition to Baidu’s Apollo self-driving platform, it is said to feature a Qualcomm 8155 chipset, 5G connectivity, seven cameras, five radars and 12 ultrasonic sensors. The company also says the W6 will house a 65-kWh battery for 520 km (323 miles) of NEDC range.

We do not yet know where this one will price out yet, but production apparently has already begun. The full specs and prices are expected to be revealed this April at the Auto Shanghai Show. Deliveries are currently scheduled to roll out this coming summer.

The future of Weltmeister

So what’s next for WM Motor and Weltmeister? A lot. In addition to the Star market listing and W6 unveiling, Weltmeister is strategizing entry into electric sedan manufacturing. So far, the automaker has only provided a concept car (with a range around 500 miles, apparently). However, it seems Weltmeister is getting more serious about sedans and plans to bring one into production in the future.

Additionally, the automaker has announced plans to fork over 20 billion yuan ($3.09 billion) toward developing new automotive technologies like 5G-powered smart cockpits, and L4 autonomous driving. Lots to look forward to regarding WM Motor and Weltmeister. Especially now that you know so much about them, right?