A cadre of executives from BMW’s past EV programs has found leading roles in electric-car start-ups. Carsten Breitfeld, who led the development of the i8 plug-in hybrid, has hopscotched through the EV industry, with a stint at BYTON before landing the CEO role at Faraday Future two months ago. This morning at the LA Auto Show, Breitfeld gave an update on where things stand with Faraday.

Breitfeld said that Faraday Future has faced two major obstacles. First, there was a lack of trust in the ability of the company to execute on plans. And there was a question Faraday’s leadership under Jia Yueting, the founder.

Breitfeld said the first problem was solved because he brought in a new leadership team soon after taking over the CEO role. At the same time, Yueting filed bankruptcy in October, separating his personal finances from Faraday and stepping down from the chief executive position. Yueting will focus on connectivity and user experience for Faraday’s vehicles, which will be like a “third living space” using nearly a dozen screens into the cabin. 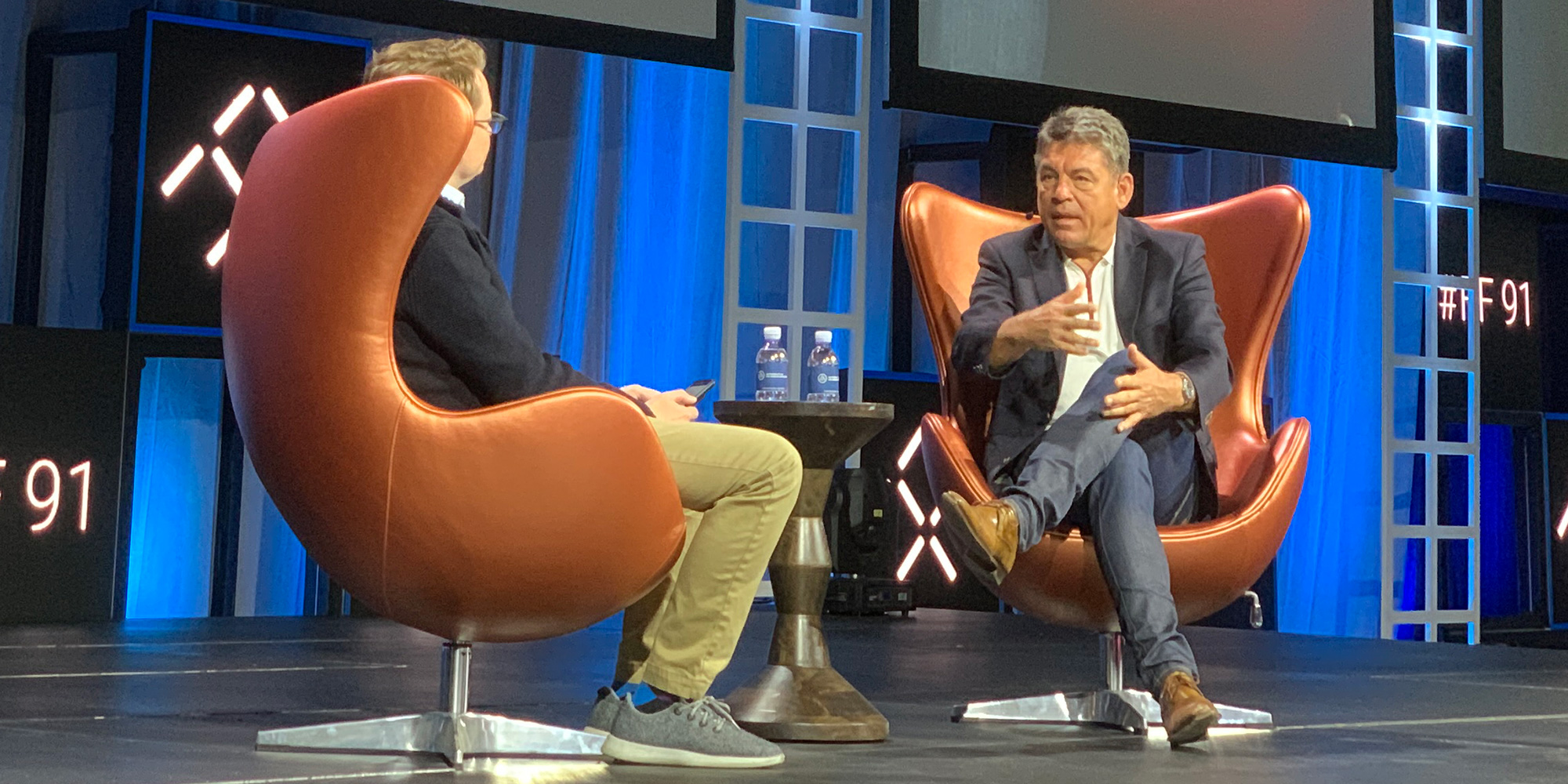 Breitfeld tried to separate Faraday Future from competitors that heavily invested in making a big media splash. He said that instead, Faraday made an investment in technology that he says is superior but not known outside the company. Faraday Future’s investments so far have totaled nearly $2 billion.

Breitfeld made this bold pronouncement:

“To make the new mobility happen, you need two kinds of technology. You need car technology which has to be electric and the electric powertrain. The IP developed by Faraday is the most advanced and best electric power train in the whole industry.

“I’m not only talking about startup companies here. You can compare it to Audi to even BMW to Mercedes and Porsche. The Taycan is just coming out. If you’re talking about power density, power range battery technology, and the most advanced technology which is available.

“The other part, if you want to create connected cars if you want to create a certain internet living space, then you need connectivity, high-speed communication in the car. You need screens. You need an operating system. You need a digital ecosystem. All of this was developed at Faraday. And this is available and can be seen and shown in our product. How much money do you need you’re in the fundraising business right now.”

Breitfeld is now in fundraising mode. He said the investment community knows that the auto industry will be transformed into a provider of mobility services. “A traditional automaker will not do this,” he said.

That does sound like a CEO in “fundraising mode,” but FF’s track record has been so bad so far that I would take all of this with a giant grain of salt.

We previously noted that FF indeed had a great engineering team that seemed to have developed some interesting electric powertrain technology, like their power inverter for example, but that was three years ago and most of the original engineers have since left the company.

It doesn’t mean that the work they contributed isn’t useful anymore, but the rest of the industry has been moving forward over those 3 years, while Faraday Future was plagued by controversies and a lack of money.

I am not saying that they can’t turn things around and they seem to still have some good talent on board, but I think FF has to prove itself again with concrete products before making wild claims again.