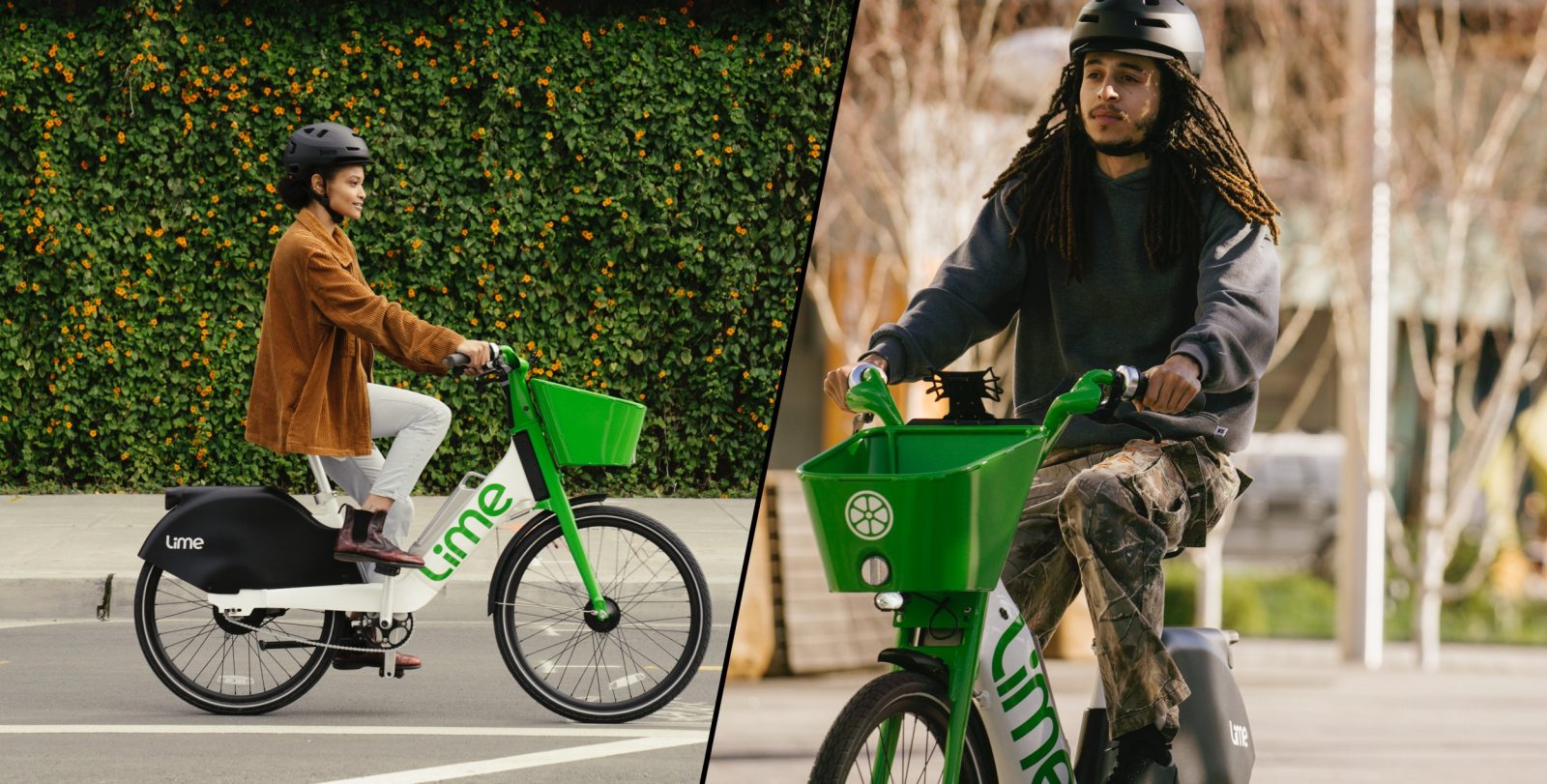 Lime, a major leader in the worldwide shared electric mobility industry, has just unveiled its latest electric bicycle model. Now the company plans to buy $50 million worth of them.

The new e-bike announcement comes barely a month after Lime shared plans to introduce a new electric moped into the company’s range of rentable electric vehicles.

Lime’s new e-bikes include a host of novel features designed to make them both simpler to use and more functional for riders. One of the main upgrades is a new swappable battery that is interchangeable with Lime’s electric scooters.

Lime refers to the new swappable battery system as “a game-changer for the micromobility industry.”

The company claims that the swappable batteries will allow it to streamline its charging and positioning of vehicles. It will also help Lime reduce its carbon footprint by requiring few gas-powered vans to carry e-bikes back to a central charging location.

In what may be a first in the shared e-bike industry, Lime’s new e-bike will also sport an automatic two-speed transmission that reduces the number of inputs required by riders.

Other upgrades found in Lime’s latest e-bike include a more powerful electric motor for better hill-climbing assist, a built-in phone holder so riders can view GPS directions while riding and without stopping to check their phones, a new handlebar display that matches Lime’s scooter displays and maintains a standard interface across the product line, and an electric lock to replace the previous cable lock and reduce complexity.

As Lime CEO Wayne Ting explained in a statement provided to Electrek:

“As we build out the Lime platform to serve any trip under five miles, e-bikes are a key piece of the puzzle as a perfect option for medium-length trips. It’s why we’re making substantial investments to upgrade our world-class e-bike and bring it to more cities across the globe, providing riders a new and exciting way to leave the car behind. Shared micromobility is playing an essential role in getting cities moving again safely so we see this as a critical moment to double down on e-bikes as an open-air, socially-distanced transportation option.”

Lime’s electric bicycles are currently available to rent in 25 cities around the world, but now Lime intends to extend that to 50 cities.

The new Lime electric bike will launch starting this summer across cities in North America, Europe, Australia and New Zealand.

To expand the company’s e-bike footprint and roll out more next-generation electric bicycles, Lime has announced a $50 million investment in the new models.

After achieving the company’s first ever profitable quarter last year, Lime is reinvesting in its e-bike program to fuel additional expansion.

As the company explained further:

“The $50 million investment in hardware upgrades and expansion is a result of Lime achieving its first full quarter of profitability in 2020. The investment is made possible by Lime’s focus on building quality, longer-lasting hardware, improving its operations across the world and building close relationships with cities and the communities it serves to ensure reliable, responsible and safe micromobility service.”

Talk about putting your money where your mouth is!

Good on Lime for doubling down so heavily on the company’s latest generation e-bike.

And by the looks of it, the new e-bike seems to be a winner.

The thing looks pretty darn robust. Covered brake levers for security, drum brakes for bulletproof reliability, swappable batteries to streamline operations, a headset that looks like it could survive a couple blows from a sledgehammer… it all looks pretty well up to snuff if you ask me.

It sure ain’t the sexiest e-bike I’ve ever seen. The lighting seems a bit underwhelming, the removable battery juts out awkwardly, and the rest of the aesthetics are, well… sufficient? But hey, it’s a rental after all. The bike is designed to work well and be cost-effective more than anything else.

The most interesting part to me is the automatic two-speed transmission. I assume that means Lime adopted the Xiongda motor, a neat little geared electric motor that incorporates an automatic shifter for low and high-speed use. It downshifts for low-speed or hill climbing and then upshifts when you get moving fast.

That would mean the two speed transmission is actually in the electric drivetrain, not the pedal drivetrain. Those two are still separate systems since the bike uses a hub motor instead of a mid-drive. So your legs will still be stuck with a single-speed, but that’s probably just fine. I ride a single-speed e-bike all the time, and the single gear ratio is fine since the motor assist makes up for the lack of low-end gearing.

Single-speed e-bikes are usually geared for the higher end anyways for that exact reason. That’s a big advantage that e-bikes have over pedal bikes in the single-speed arena, they don’t need to worry about splitting the difference to maintain as much pedal torque at the bottom end.

So all in all, I think Lime did a pretty good job with the company’s latest generation e-bike.

But who cares what I think? Let’s hear what you think. Sound off in the comments section below so we can hear your thoughts on Lime’s new e-bike!