Lime has just released a new model for their electric scooters, the Lime-S Generation 3. It is designed to improve upon the original Lime scooters that have proven popular among commuters in cities across the world.

The company’s new electric scooter features a number of design improvements over the previous models employed by Lime.

The new electric scooter also features built-in suspension. The front wheel is housed in a suspension fork that looks like a miniature mountain bike fork.

The scooter is also designed to be more rigid and withstand abuse. The aluminum frame is significantly more substantial than previous models, and there are no external wires or cables.

The battery received a 20% capacity bump. Lime claims that should increase the scooter’s range to 30 miles (48 kilometers).

The display screen on the Lime-S Generation 3 scooters also received an upgrade. The new color screen shows speed, battery status and other important data. Lime plans to release new features that will take advantage of the screen:

“We’re currently working to build out technology that will communicate through the screen to riders when they are in no parking zones, which we think will lead riders to make smart, responsible decisions when it comes to proper parking.

In the future, we envision the screen as displaying step by step navigation instructions for riders, or notifying them if inclement weather has been detected and caution should be taken.” 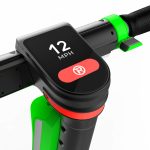 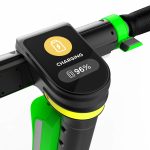 In addition to the display’s battery indicator, riders can determine a scooter’s battery level from as far as a block away with its new LED status indicator lights. The indicator takes the form of an LED strip beneath the screen, which illuminates as either green, orange or red depending on the battery’s state of charge. 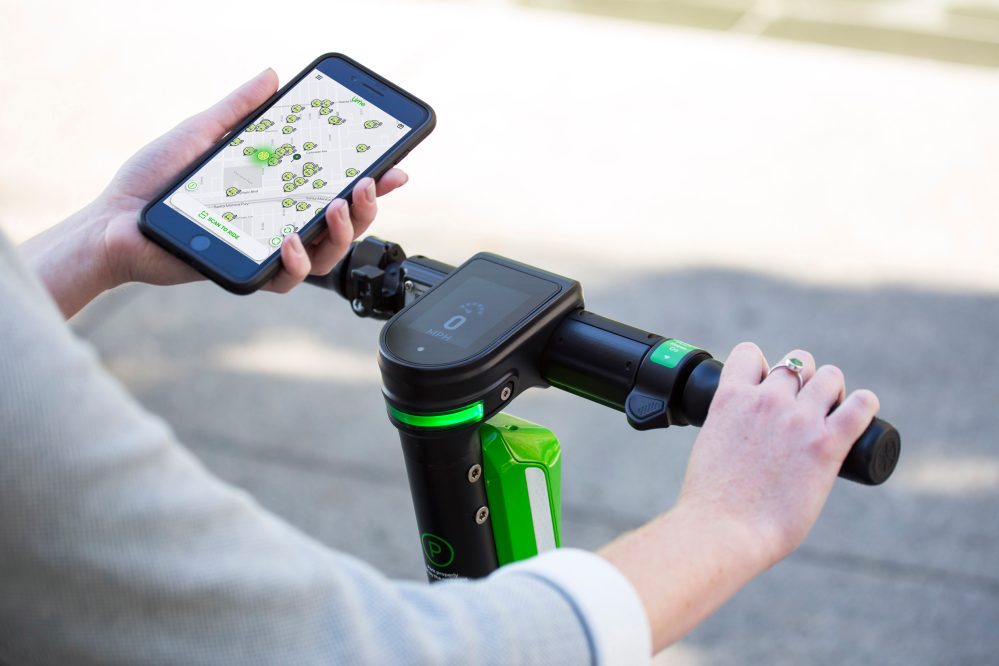 Lime is one of the largest electric scooter share companies. Their electric scooters are spread around dozens of cities in the US and internationally, allowing riders to unlock and ride with just a smartphone.

Their largest competitor, Bird, recently released their own upgraded electric scooter. Now with Lime’s new electric scooter set to hit the road next month, the arms race is definitely heating up.

It’s great to see Lime finally updating their scooters with a purpose-built machine designed for commercial use. The previous models have all been quite susceptible to damage. My very first Lime scooter ride was an eventful one when the rear wheel guard fell off at the beginning of the ride and I had to drag it along behind me, connected by the brake light wire.

Speaking of wires, Lime is touting their new internal wiring:

“No cables or wires exposed on the outside makes the scooters last longer, more durable, and safer.”

This is all true, but the biggest reason could be to cut down on vandalism. Cutting scooter cables was a favorite method of vandals who protested the operating practices of the largest electric scooter share companies.

In fact, the entire ruggedness improvement of the new Lime-S Generation 3 scooter is likely partially designed to improve their resistance to vandalism. Past models have been unfortunately susceptible. Here’s a rather graphic image of a Lime scooter I saw in Paris (viewer discretion is advised). 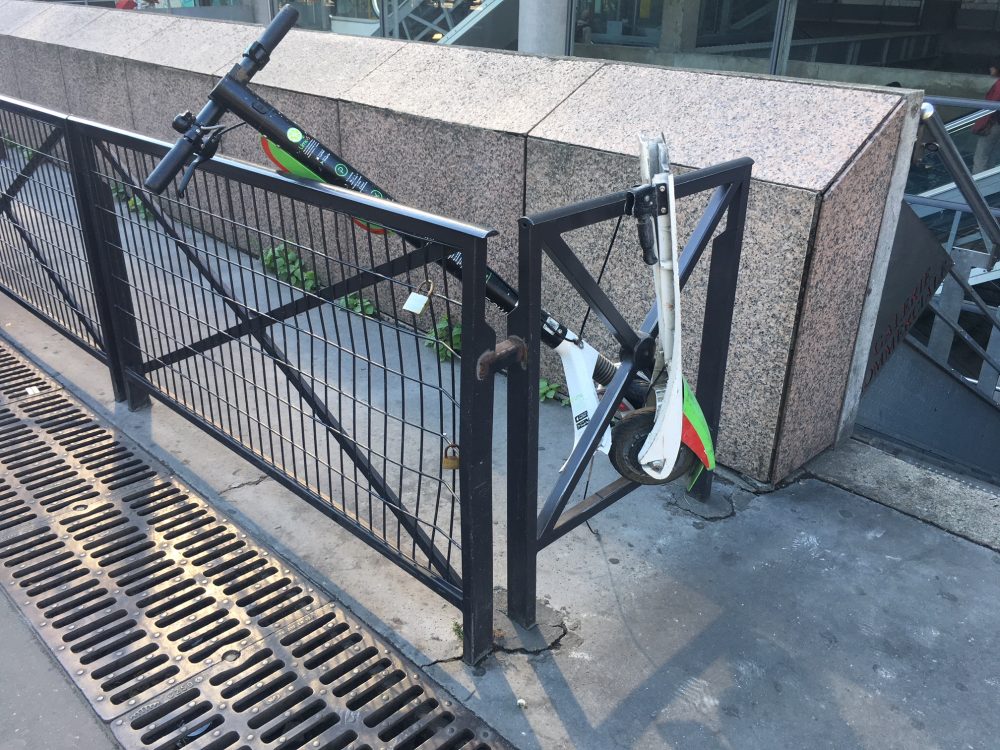 The new Lime-S Generation 3 scooters should stand up much better to such attacks.

I really like the new suspension and larger wheels, since this will make the ride a lot more comfortable. However, Lime’s marketing materials refer to the scooter as having “dual suspension”. That term generally indicates front and rear suspension, but in this case Lime is using it to refer to the two sides of a simple suspension fork. A bit disingenuous, if you ask me.

What do you think of the new Lime-S Generation 3 scooter? Let us know in the comments below.