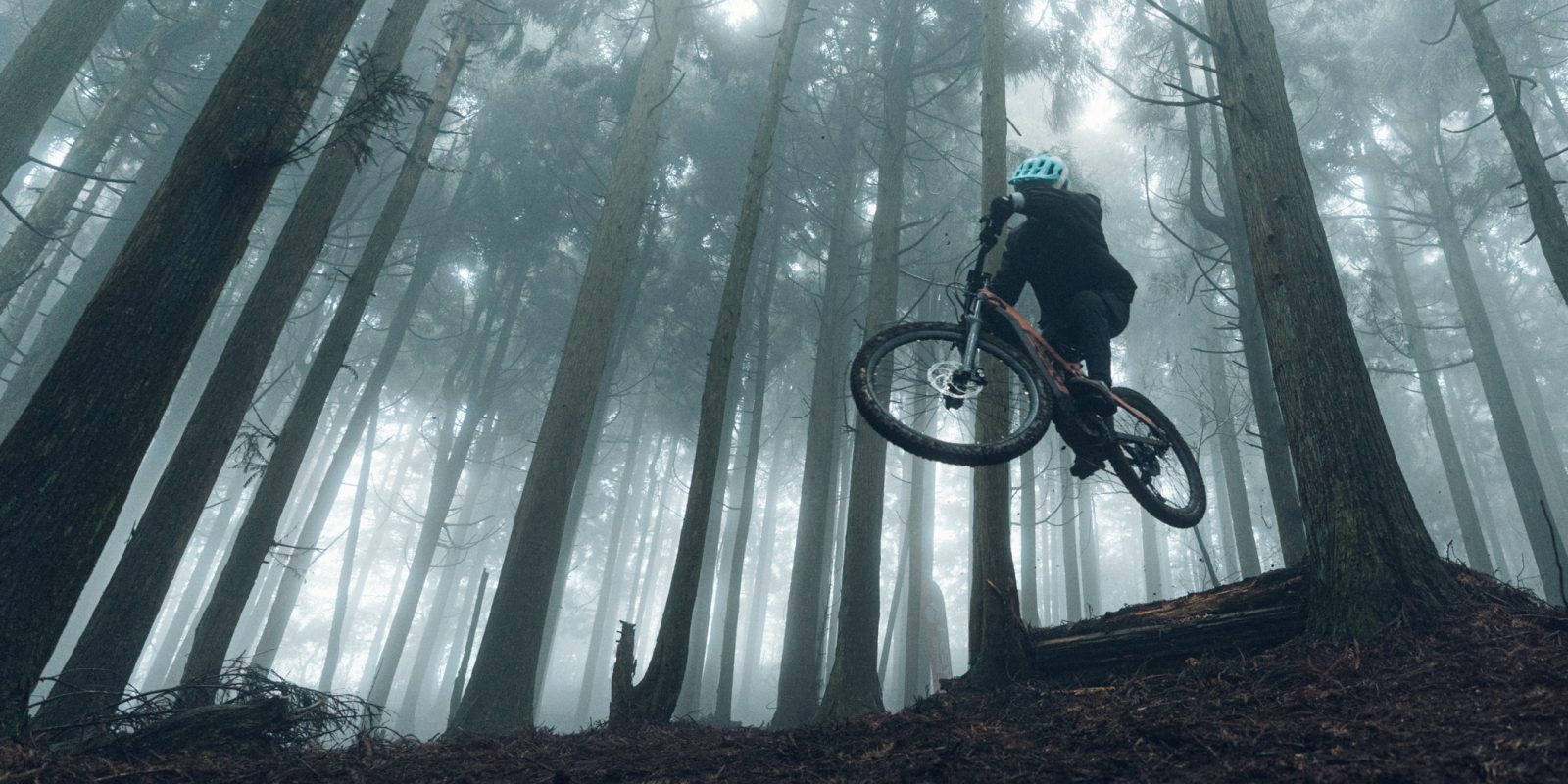 We were intrigued by the teasers for the FREY Beast earlier this month, but weren’t sure exactly what to expect.

But the Jinhua-based company has now outdone itself with the FREY Beast, introducing its first 60V e-bike.

FREY cofounder Ivy Wang described the Beast to me as an enduro eMTB that features the power of a motorbike combined with the performance and ride style of an electric mountain bike. In fact, she described the bike as having more power than they expected, and said that they won’t advise it for riders who haven’t had previous experience on high-powered electric bikes or motorbikes. Or to put it in a way that we all probably expected, this is not a beginner’s e-bike.

Check out the video below to see the bike in action, as well as my absolutely captivating analysis (or you could just watch for the cool riding scenes, I won’t be offended).

The higher voltage used for the Beast required FREY to develop a custom version of the Bafang Ultra motor and controller.

The increased voltage allows the bike to run at higher power levels without increasing the current. That helps to reduce heat buildup while increasing efficiency.

FREY also had to develop their own 60V battery to power the massive system. And instead of opting for a typical 15-20 Ah battery, which would already be one of the largest in the industry, FREY went all in with a 24.5 Ah battery. That adds up to 1.47 kWh of capacity and may be the single largest electric bicycle battery in a production e-bike (if you don’t count truly motorcycle-style e-bikes).

The battery is physically quite large, and it required a new downtube design for the bike. We’ve seen plenty of 1 kWh batteries before, and they usually get mounted on top of the frame or become semi-integrated. But the FREY Beast manages to engulf the entire high-capacity battery in the frame, resulting in a bloated yet still fairly streamlined downtube.

The bike features high-performance suspension with a RockShox 29″ Lyrik fork and RockShox Super-Deluxe coil rear shock, both with 160 mm of travel.

The wheelset is mismatched with a 29″ tire up front for better attack angle and traction, and a 27.5″ tire in the rear for better acceleration and torque.

I wish I could tell you more info about pricing and production, but Ivy and the FREY team won’t be releasing those details until March. As it stands, she tells me that the Beast is expected to be something of a halo product, not likely to see as large-scale production as the rest of their line, but still demonstrating the company’s ability to push the envelope when it comes to electric bike design.

What do you think of the FREY Beast? Let us know in the comments section below!