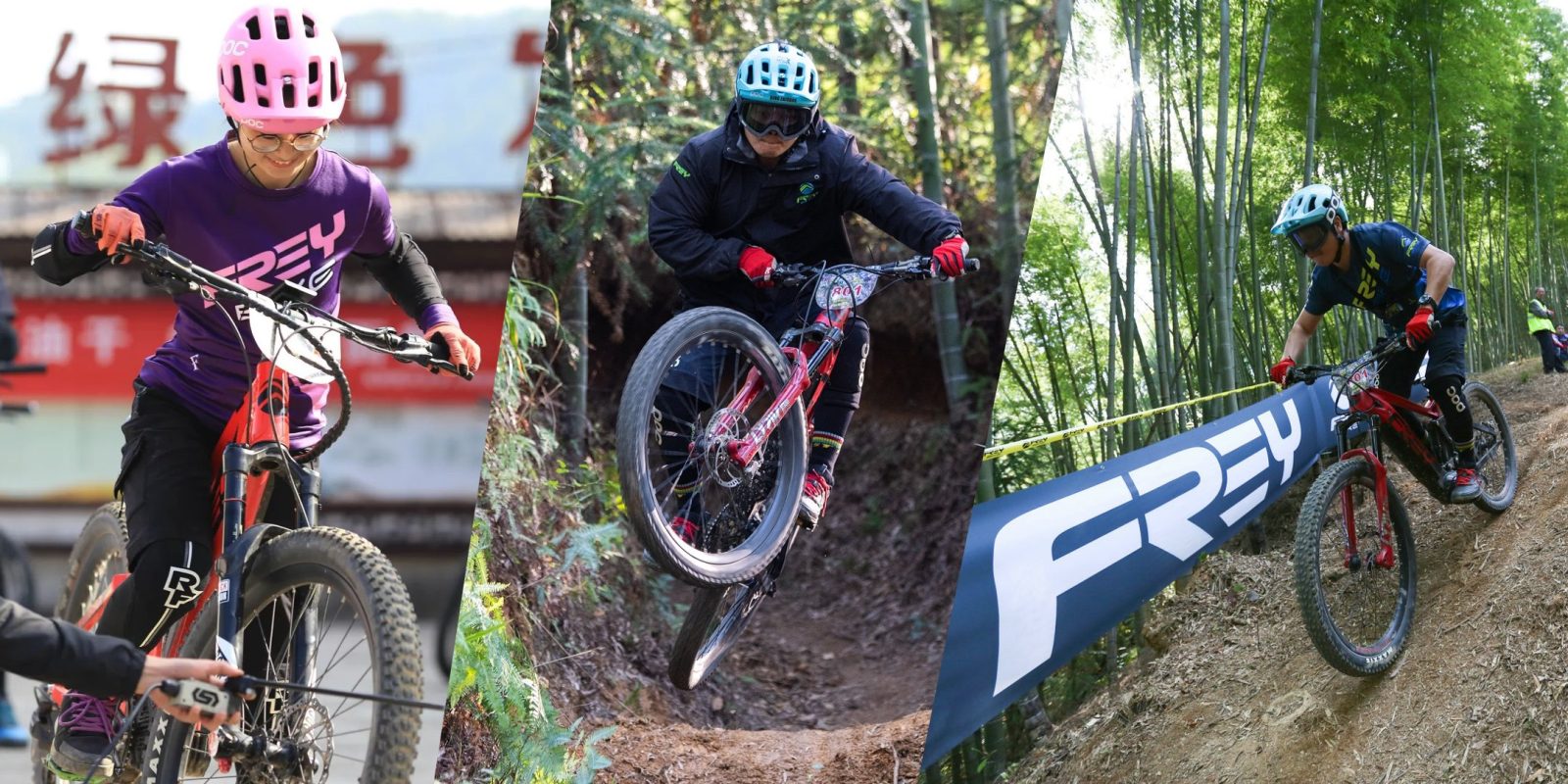 FREY Bike ushered in the new year with the announcement of what appears to be two new high-power electric mountain bike models. The pair were revealed just hours ago in a tantalizingly short video teaser.

The company’s entry-level models start with power and torque specs of 750W and 120NM, but climb up to 1,500 peak watts and 160NM of torque at the top end.

Now the company appears to be putting that powerful Bafang Ultra motor in two new models known as the Beast and Monster.

Technically FREY only announced that a single new model is coming, but the video clearly shows two new model names.

Happy new year to all! 2021 FREY bike new model is coming! New Product Launch will be held between 20-30 January, 2021. Follow us to get latest news update in time!

The bikes are briefly visible in the teaser video below, where we catch glimpses as they soar over jumps and are obscured by trees and snow mounds.

To be honest, it’s difficult to glean too much detailed information from the video, which is of course the point of a teaser.

But it looks to me like the bikes are still rocking the most powerful motor in FREY’s lineup, yet now we see a thicker downtube. That implies more battery capacity, which would be a welcome addition to that battery-guzzling motor.

I’ve put a number of miles on the dual battery version of the flagship FREY EX Pro and can attest to the benefit of having extra watt hours on these powerful e-bikes.

The suspension setup on at least one of the bikes seems to imply downhill, though FREY is also known for putting better suspension components than you’d expect on these bikes, so it’s hard to say for sure. Their CC model puts full-suspension high-end RockShox components on a commuter e-bike, if that gives you any indication of how overbuilt these bikes are.

As FREY continues to up its game and compete with the major European electric mountain bike manufacturers, we could see new tech make its way into these bikes. Perhaps more connectivity? New frame materials? Suspension geometry? It’s hard to say from the limited info we have so far.

I tried to pull out the best screen shots I could get (above), but there’s about a hundred cuts in a 15-second video and so this was the best I could do.

Check it out yourself and then join me in the comment section to let me know what you think FREY’s plans are with these two bikes.