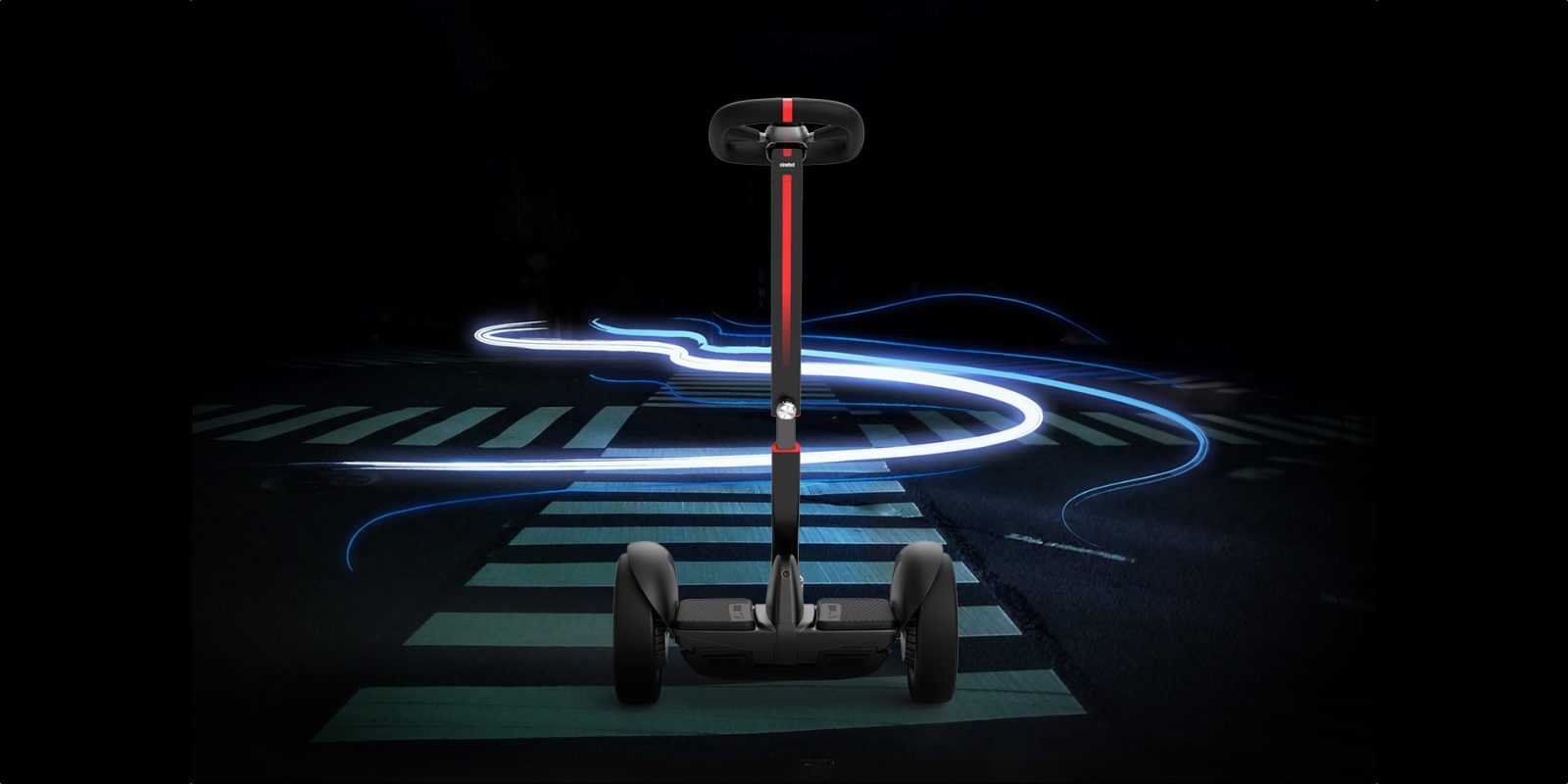 Segway-Ninebot has just opened orders in North America for a new version of the company’s self-balancing electric scooter, the Ninebot S Max.

Unlike conventional electric scooters of the Bird and Lime variety, the Ninebot S Max uses the hoverboard-style parallel wheel design.

The previous version of the scooter offered by Ninebot included a center pillar that reached just short of the rider’s knees. Riders pressed against the pillar with their legs to control steering.

The new Ninebot S Max can be operated in this way, but it also includes an extendable pillar that sports a steering wheel. The steering wheel doesn’t actually turn, but appears to be leaned left and right like a control column or yoke.

The new design is likely to improve comfort and stability by allowing riders to also hold on with their hands.

The steering wheel also includes a built-in display that allows riders to monitor the device’s speed in real time.

But at the current sale price of $849, the new Ninebot S Max is considerably less expensive than the old-school $4,000+ Segway.

Instead, that power is needed to make quick fore and aft corrections to maintain balance, and also provides impressive incline climbing abilities for a self-balancing scooter.

Riders can use the device hands-free by removing the steering wheel attachment and instead using their knees to control the steering like in previous models.

The Ninebot S Max can also be incorporated into Ninebot’s popular go-kart attachment, turning the combo into a 4.8 kW go-kart and unlocking a higher 37 km/h (23 mph) top speed, though the range drops to 25 km (15.5 miles).

Segway-Ninebot has previously offered the Ninebot Gokart PRO for around $1,999, but users can add the Ninebot S Max to the company’s Gokart kit and achieve the same performance for a total of $1,698.

For anyone rocking the Gokart kit with the old Ninebot S self-balancing scooter, the new model debuting today can be swapped in easily and offers a nice performance boost.

Segway-Ninebot is now taking pre-orders on Indiegogo at the $849 sale price and expects to begin delivery in April.

Indiegogo has become a common platform for launching new personal electric vehicles, and Segway-Ninebot has used the platform several times over the last few years for everything from electric dirt bikes to electric mopeds.