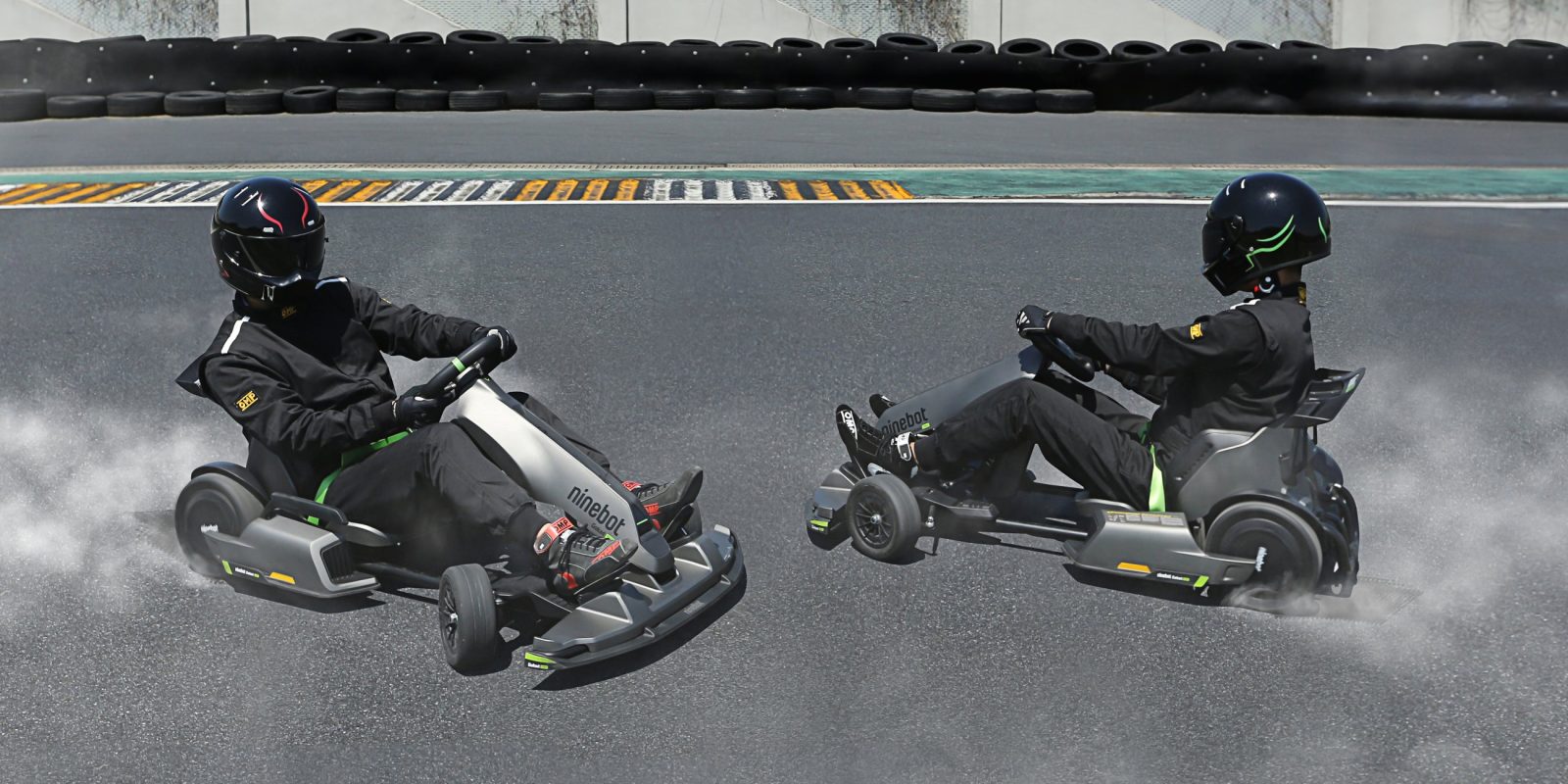 Segway Ninebot continues to expand the brand’s market with the introduction of new products, including today’s launch of the Ninebot Gokart PRO.

Segway Ninebot has played around with electric go-karts before, but they’ve previously featured more toy-level specs and components.

The company’s latest product is a faster, more powerful go-kart designed to fit both teens and adults, or anyone from 4’5″ to 6’3″ (134 cm to 190.5 cm). It also looks a lot like that Segway-Ninebot & Lamborghini partnership electric go-kart we saw last month, which might have been a sneak peek at this new electric go-kart.

The Ninebot Gokart PRO sports a power rating of 4.8 kW and comes with 96 Nm of torque, which is pretty darned impressive for a single-occupant EV weighing under 150 lb (68 kg). It’s also twice as powerful as the company’s previous go-kart.

The latest Ninebot Gokart PRO also gets a speed bump up to 23 mph (37 km/h). While that’s not necessarily going to beat many electric bicycles, it’s still plenty fast on a twisty karting track, especially when your rear end is inches off the ground. And it’s that 4.8 kW of power that is really important, meaning the kart can accelerate quickly. In fact, the company claims it peaks at 1.02g of forward acceleration.

The go-kart is powered by a 432 Wh battery that the company claims is good for 15.5 miles (25 km) of range. Plus, if you ever run out of charge, then the pit lane is probably pretty close.

The new Ninebot Gokart PRO features a number of interesting updates including a rear aerodynamic wing, four air inlets for ram-air battery cooling, a handbrake, new tires with high traction compound on the front, and a lower traction drift-friendly design on the rear and new metal pedals.

The go-kart also includes “front and side protection” and a “drifting assistant system,” whatever those mean.

I dug further into that second one, and apparently Ninebot has outfitted this thing with some type of user-programmable settings that help dial in your drift preferences. As the company further explained:

The Segway-Ninebot app allows you to pre-program your drifting experience depending on your own style or the site condition since the two wheel hub motors are connected separately to each rear tire.

Therefore, the Drifting Assistant System can control two motors to provide different power outputs for each rear tire as it drifts, helping the driver to adjust the drifting dynamic in any circumstance. So you can drift like a pro in no time.

Get ready to experience go-karting like never before with power oversteer drifting. The rear tires lose traction when turning, resulting in a faster speed cut-corner and dynamic drift. Suitable for both beginners and professionals.

The heart of the Ninebot Gokart PRO is really a self-balancing Ninebot scooter, which packs a pair of 2,400W hub motors. It can be removed from the go-kart and used separately as a standard commuting device, which is probably better than riding the go-kart itself on the sidewalk to work or school.

The Ninebot Gokart PRO is currently taking pre-orders at its US$1,499 sale price, marked down from US$1,999. Sales are now open with shipping to the US and Canada beginning in November (i.e. theoretically arriving in time for the holidays).

Segway Ninebot says the current sale is only for launch day, so if this looks like your type of ride then you might want to jump on this deal quick.