Turn your nerdy Segway hoverboard into this cool electric gokart

Despite recently making a comeback, Segway has never been mistaken for anything close to cool. But that might be changing with their newest product, the Segway Ninebot Electric Gokart.

The company has launched what looks like a fun new add-on to one of their hoverboard-like products that turns it into a Gokart for kids or adults.

The new Segway Ninebot electric gokart has been a long time in the making.

Segway is known for originally developing their two-wheeled balancing transporters for city purposes, but sales never took off.

The company floundered for years until being purchased by the Chinese company Ninebot in 2015. Segway-Ninebot has since been transformed into a powerhouse of personal electric vehicles. In fact, if you’ve been in a large city recently, you might have seen hundreds of Segway-Ninebot vehicles zipping around the streets in the form of popular new electric scooter programs.

Companies like Bird, Spin and Lime are all currently using scooters that are built by Segway-Ninebot.

One of their products, the $499 Segway Mini Pro, pays homage to Segway’s past with a self-balancing device that looks like a hybrid between a Segway and a hoverboard. 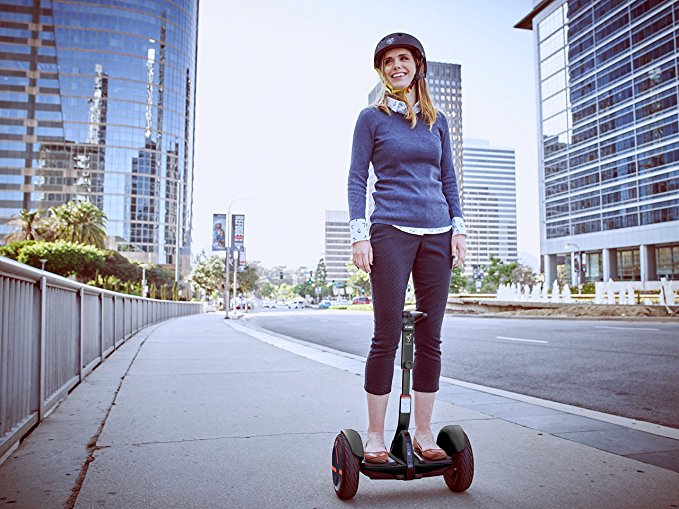 The device has become a popular form of transportation in cities due to its small size yet large wheels which provide a comfortable ride.

With simple body-leaning controls, users can get the benefit of an original Segway, but in a smaller package that looks slightly less nerdy.

Segway-Ninebot is now parlaying the success of the Segway Mini Pro series by releasing their newest product, the Segway Ninebot Electric Gokart add-on. 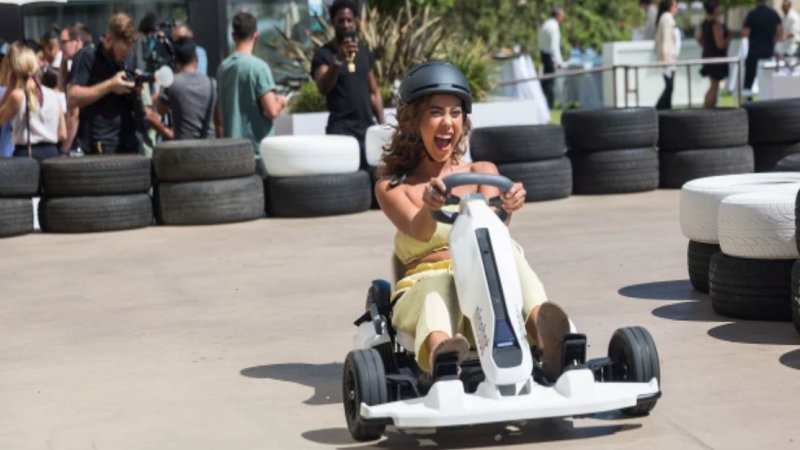 The gokart body and front wheels attach to the Segway Mini Pro, which becomes the rear wheels and drivetrain of the gokart.

The company claims that the Segway-Ninebot electric gokart can accelerate from 0 to 12 mph (20 km/h) in under 2 seconds, providing an acceleration of 0.7g. 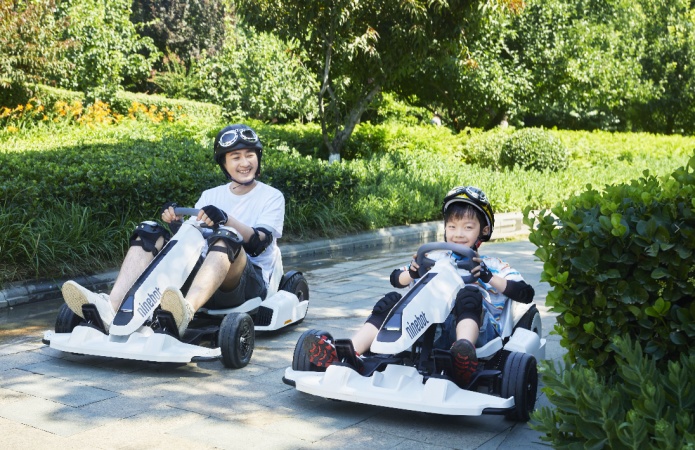 When it comes to performance, the Segway-Ninebot Electric Gokart seeks vehicle benchmarks beyond gokarts. The Gokart can sprint from 0 to 12mph within seconds, which matches or even outpaces the acceleration of many automobiles on the market that are well known for their outstanding performance.

The company provided a graph showing that the acceleration (for the first second or so) is commensurate with cars like a Porsche Boxter or Volkswagen GTI. 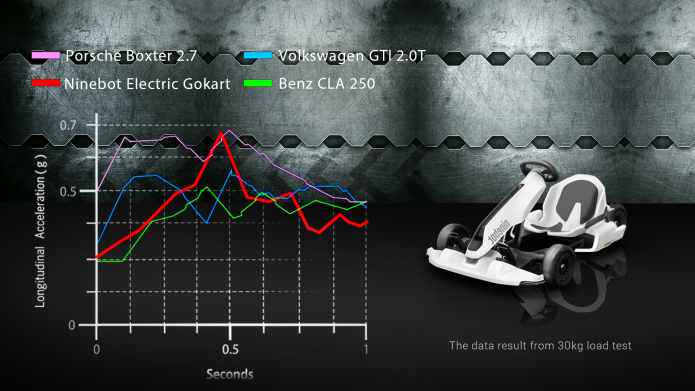 If you’re ready to scoot around in your own Segway Ninebot Electric Gokart, you can head over to Indiegogo to place a pre-order for one. Early bird prices are $669 for the add-on if you already own a Segway Mini Pro, or $1,099 to include the Segway Mini Pro.

The company has already raised over $580,000 in pre-orders, so you might not be the only one on the block with a fun new Segway Ninebot electric gokart.

This definitely looks like a fun thing to play around with.

I’m not sure how practical is, but I guess nobody has ever bought a gokart for its practicality.

Also, remember that this is an Indiegogo campaign and not a conventional online purchase. As such, Segway Ninebot isn’t legally required to handover a product to those who back their campaign, as per the rules of crowdfunding.

However, unlike the higher-risk crowdfunding campaigns run by new startups, this one is at least being managed by a large and reputable company, so odds are pretty good that they’ll stick around.