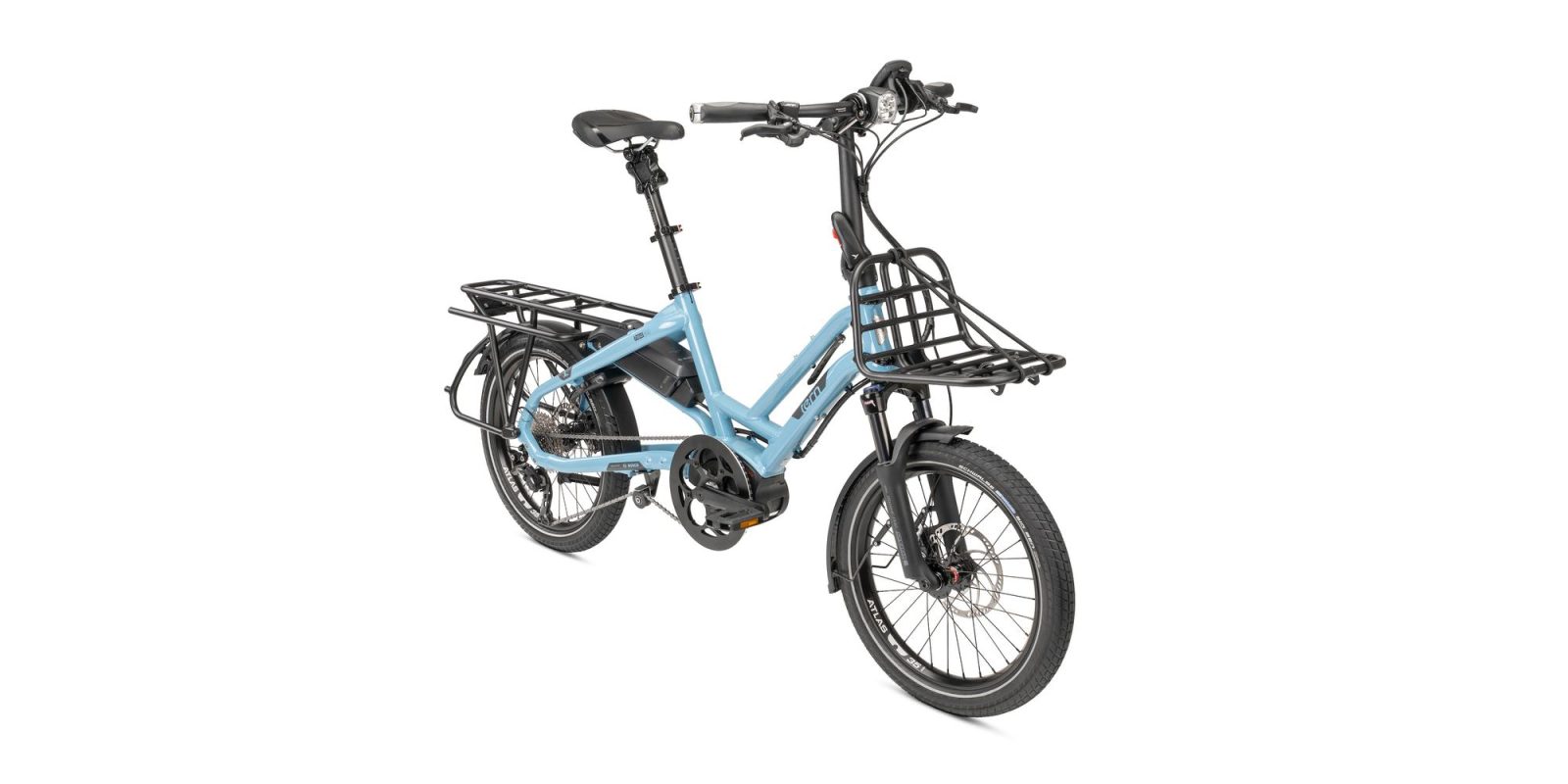 Tern’s HSD electric cargo/utility e-bike is well-regarded as one of the company’s best values in high-quality electric bikes. And now the Tern HSD is getting a significant performance boost with the introduction of a Class 3 version HSD S11 capable of up to 28 mph (45 km/h) in the US.

Tern’s GSD and HSD e-bikes are some of the nicest small format yet large capacity electric cargo bikes we’ve tested.

The unique design has been imitated but is largely unmatched in the industry.

Previously, the US version of the HSD has been capped at 20 mph (32 km/h). But now a new version known as the Class 3 HSD S11 is pushing Tern’s envelope.

That higher speed is possible thanks to the adoption of the Bosch Performance Line Sport motor. It’s a motor that doesn’t get as much attention as the more common 20 mph (32 km/h) options in Bosch’s lineup, but does open the door to faster e-bikes in the US and speed pedelecs in Europe.

As explained by Steve Boyd, General Manager of Stile, the US distributor for Tern:

“The e-bike market is booming, but what’s most exciting is that a lot of this growth is from new riders discovering how great it is to get around by bike. Cycling is clean, green, and socially distanced. And with Bosch’s powerful new motor, the HSD S11 just might become the fastest way to get around dense urban neighborhoods.”

The launch of Tern’s new HSD S11 with higher speed limit comes at a time when e-bike use for utility-oriented riding is at an all-time high. As e-bike adoption continues to grow in large part due to the COVID-19 pandemic, an increasing number of riders are using cargo and utility e-bikes for everything from child transport to cargo-carrying and delivery services.

The HSD is one of the more visible e-bikes in the space, offering high-end components but without the sky-high price of some of the traditional premium e-bikes such as those from Riese & Müller.

The bike is rated for up to 374 lb (170 kg) of payload via the first-ever cargo e-bike safety rating standard, fits a variety of kid-carriers and cargo attachments, and includes a suite of high-quality components such as high-end Magura hydraulic disc brakes, built-in Abus Amsterdam lock, and an 11-speed Shimano Deore XT Shadow+ derailleur – parts obviously not found on standard budget-level e-bikes.

Of course, that also pushes the price higher than budget e-bikes, with the Tern HSD S11 carrying an MSRP of $4,199.

Still cheaper than the likes of several other premium e-bike brands, but enough to put a lump in the throat of most casual e-bike shoppers.

For those willing to pony up the cash for a high-end (and now high-speed) e-bike, US dealers should have the new HSD S11 in stock by January.

I’ve been a big fan of the HSD (and its larger brother the GSD) for years now. I first got a taste of how utility-oriented the GSD truly was when Tern founder Josh Hon drove me around on the back of one at Interbike. We cruised up and down hills without the bike breaking a sweat or even once making me think I’d get dumped off a little bike carrying two grown adults.

A year later I had the chance to test out the HSD that improved upon the GSD’s value proposition and I came away similarly impressed.

I’ve always felt that Class 3 e-bikes were a powerful commuting tool, though it is important to make sure riders are well educated in their proper use and always ride them responsibly.

High speeds on electric bikes are no joke. When you’re flying at 28 mph (45 km/h) with a heavy bike, things happen quickly. The Magura hydraulic brakes on the HSD certainly help slow things down, but I still think that people need to look at Class 3 e-bikes differently and consider when and where to use that extra speed. Open bike lanes? Go for it! Crowded mixed-use areas? Perhaps slow it down a bit.

But when used responsibly, Class 3 e-bikes make excellent car replacements in many urban areas. And since the HSD was already practically a mini SUV on two wheels, the new higher speed should make it even more capable.