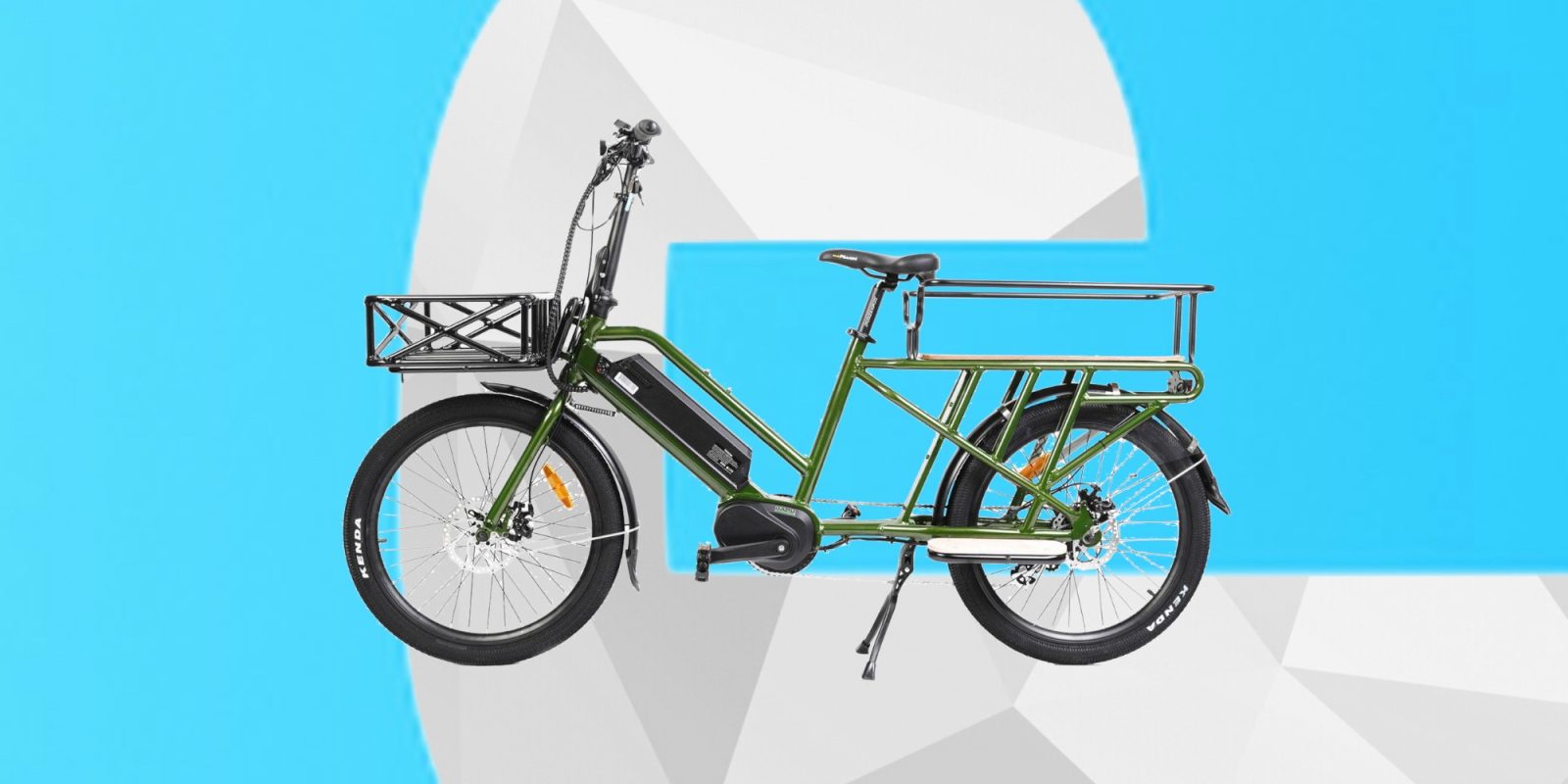 The EUNORAU G20 is a compact cargo bike on a reasonable budget. This little guy can carry kids, cargo, and yourself for a healthy distance. If that sounds familiar, that’s because it is. Clearly the bike, and also the very name G20, is inspired by the GSD from Tern Bicycles.

Since EUNORAU has no qualms with comparing their bike to Tern, I will follow their lead. Recently reviewed here on Electrek, I deemed the Tern GSD a top contender for the best cargo bike, and King of the Kill when it comes to compact cargo bikes. So if the Tern GSD is the king, what’s the G20?

Duke of the Hill? Baron? Regent?

Let’s start with a couple points in which the G20 rocks. The G20 includes a throttle, which is amazing. Using a throttle to get going on a loaded cargo bike is fantastic, and a wonderful feature you don’t want to lose. The Tern GSD has a Bosch cargo motor that doesn’t have a throttle option. The price is definitely the biggest selling point: $2,000 for the G20. That’s half of the base model GSD.

Before we get to the comparisons, let’s talk about how it rides. I primarily rode the bike with my daughter, Sweet Pea; going to school, the grocery store, and random errands. In these conditions, it was great! The rear deck is the perfect size and fits with an existing pad from Xtracycle. I like the wheel skirts to protect passenger feet or clothes from getting caught, and the kid railing is quite simple to work with. The kickstand is super strong, I have no question about it under load, but it’s strangely high. I actually saw a different G20 with a different kickstand, so they may be experimenting on this part.

The reflective 24” tires have a lot of grip to them. I really like this tire size for a combination of somewhat-low weight, and being able to overcome obstacles. Tiny wheels get stuck everywhere, and tall wheels put all the cargo weight high, and makes it difficult to steer. The G20 seems quite strong, with a lot of extra metal on the frame and options for attaching and mounting stuff, but I never did attempt to find the capacity. I found it to be more useful for carrying kids on account of the small footboards.

Since cargo bikes carry a wildly variable amount of weight, estimating the range would be like throwing darts at a broom handle in the dark. I can tell you that on a few freezing mornings, I’ve pedaled my daughter to school up a 10-mile hill (and back home again) with about 20% battery left.

To get back to comparisons again, pretty much every part of the EUNORAU G20 is using lower shelf components, but I’m assuming you could guess that. The brakes, derailleur, fenders, tires, front fork, handlebars, grips, kid rails, seat, seat-post, kickstand, gears, motor, stem, basket; all have a noticeable contrast in quality, durability, and especially price.

One of the more surprising features of the Tern GSD is the ability to store upright. After folding the handlebars and seat, the Tern GSD offers excellent storage options for folks who live in dense urban areas (where square footage is at a premium). This feature is kind of muddled on the G20. The handlebars and seat fold up just fine, but the G20 frame lacks extra metal on the rear and cannot hold upright at all. This limits the G20 storage to being under a countertop, or just using the folding aspects to change drivers quickly, that still works.

The G20 has a 48v battery that sounds like an advantage over the 36v Bosch system. If the throttle is taken out of the equation, I can say with full confidence that the Bosch system is better in every way. The G20 mid-drive motor is capable, don’t get me wrong. I’ve seen it used very well on other bikes with great results. The one issue I have with the bike is the G20’s choice in mechanical gearing. The G20 is forced to interface with a paltry freewheel in the back offering range of just 14-28 teeth. This means that the bike is mechanically limited both in terms of top speed, and low end torque. Low-end torque is a must have for cargo bikes that perform heavy lifting.

Therein lies the heart of the issue. I wouldn’t call the G20 a beast of burden, but I will say that for light-duty efforts, it’s perfectly fine. I mean, hey, its half price and it can do quite a bit. It can still carry a couple small kids, it can still jaunt around town and even surprise you with amazing carrying capacity at times. It might not flip on its tail, or stop especially fast, but hey, it’s got a throttle.

Aside from the comparisons that its name implies, all on its own, the G20 is very useful. If you’re new to the wonderful world of cargo biking, you’d probably like it. It’s got all the necessary accessories to get you going, and you’ll love the money you’ll save with the lower price. Either at a hard stop or because I want to relax, I really like the throttle option, and I think you would too. For light-duty use, the EUNORAU G20 is a great choice. It might surprise you with how useful it can be. And if you change out the freewheel, you’ve got a real winner on your hands.