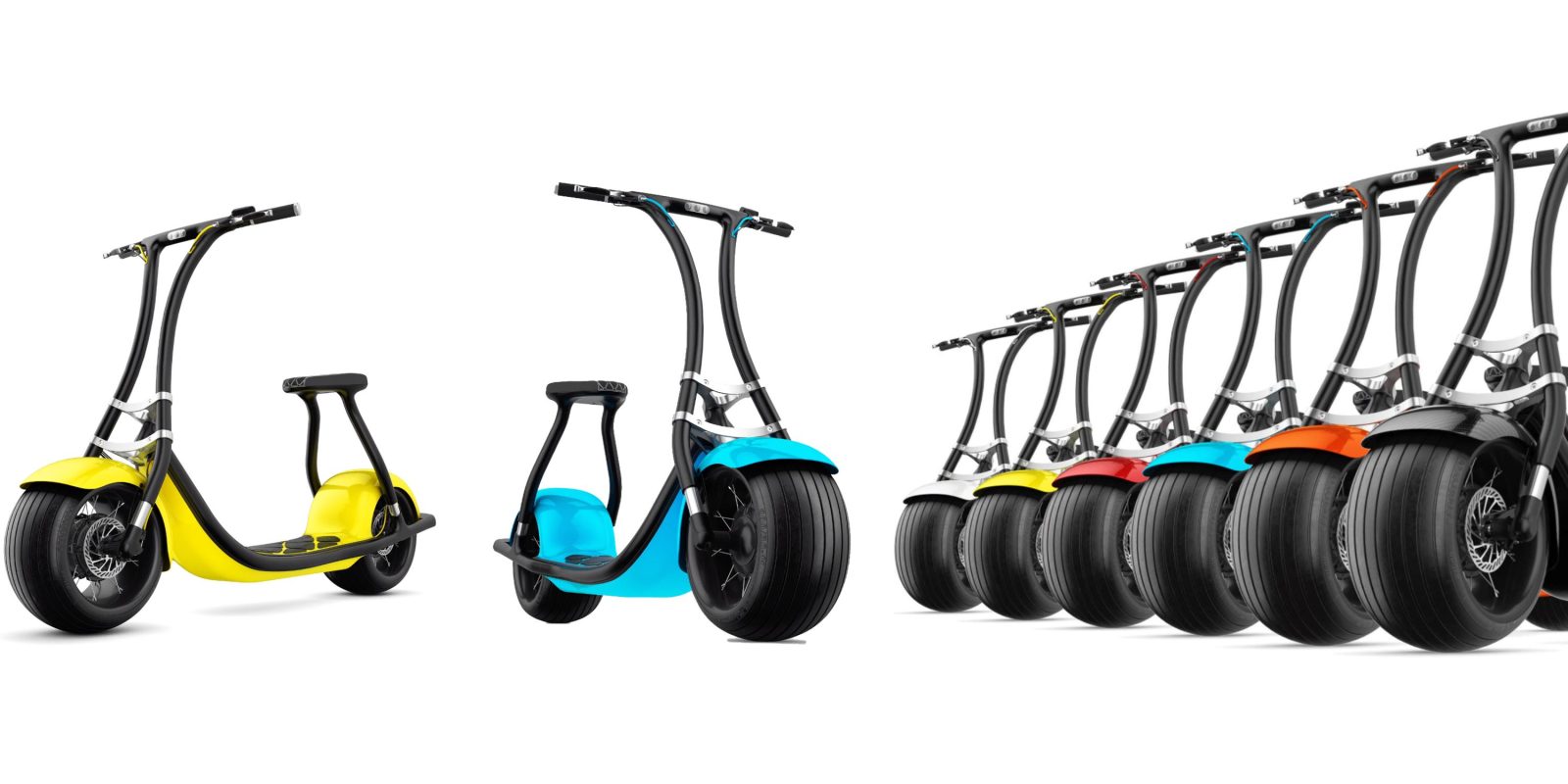 For anyone who has ever looked at a typical electric scooter and complained that the wheels seem too small, the Scooterson Rolley is for you.

Since we last saw the Rolley just over a year ago, it has gone through some serious design revisions.

The fat tires and seated riding position are still there, but the latest version has a whole new look.

Scooterson updated the design with a more flowing frame design and has revamped the production process.

The company touts a number of design improvements over competitors, including an aerospace-grade aluminum frame instead of steel to reduce weight and corrosion, adhesive bonding instead of welding to reduce brittleness and frame failures, specially designed tires instead of golf-cart tires to better handle two-wheeled riding characteristics, and composite body panels instead of heavier and weaker thermoplastics.

The app-connected scooter also has a number of smart features, including auto-level shifting, anti-theft notifications in the app, Face ID for unlocking the scooter without a key, and Family Sharing via the app.

The Rolley starts at $2,699 if you forgo some of the app-based features like Family Sharing or Find My Scooter, or $2,999 if you get the Rolley+ with all of the extra features.

By the time the massive scooter boom of 2018 rolled around, the Rolley had already won the Red Dot Design Award. We then got the chance to see the scooter in person in 2019 at the CoMotion LA show.

Now the company is preparing to roll out both B2B and B2C operations for the Rolley, positioning it as both a private consumer scooter and a platform for shared scooter operators.

And to accelerate the company’s growth, Scooterson is taking advantage of a relatively new phenomenon in the electric mobility industry: crowdinvesting.

Think of it like a Kickstarter, but for investments. Instead of taking seed funding from a few large sources, many new companies are taking micro-investments from the general public.

I actually took part in one of these types of fundraising rounds recently for an electric motorcycle startup.

While investing in early-stage startups is inherently risky, Scooterson is sweetening the pot with limited incentives including a free scooter for a $3,000 investment. Since that also happens to be the MSRP, you’re basically getting the chance to own a small chunk of the company if you’re one of the first to buy a scooter.

I’m not sure I’ll be putting my own skin in the game on this one, but I do like the design.

Not only does it add some much needed aesthetics to the electric scooter space, but the combination of wide wheels and low seated position probably make for a fun ride as well!

I’d say $3K is a lot to shell out for a scooter, but if this floats someone’s boat and they have the cash, then why not?

What do you think of the Scooterson Rolley? Let’s hear your thoughts in the comment section below!