Recently it has felt like there’s a new scooter entering the market every other day. But today’s new entry, the Scooterson Rolley 2, bucks the small-wheeled trend and opts for a giant-wheeled seated scooter design. And its manufacturer is making some bold self-driving claims to boot.

The Scooterson Rolley 2 electric scooter features some pretty darned oversized tires. They may only be 11 inches (28 cm) in diameter, but they are a full 8 inches (20 cm) wide.

The company’s website says the scooter features a single rear wheel geared hub motor rated for either 750W or 1,000W, though images of prototypes appear to show front and rear motors.

The Rolley 2 features a 630 Wh battery, and Scooterson rates it at up to 52 miles (83 km) of range. The company doesn’t list a top speed for the scooter, but based on standard electric scooter and e-bike efficiency levels, you’d need to be riding a Rolley 2 at around 10-12 mph (16-20 km/h) to achieve Scooterson’s maximum stated range figure. A more realistic range for this battery at around 20 mph (32 km/h) would be closer to 25-30 miles (40-50 km). 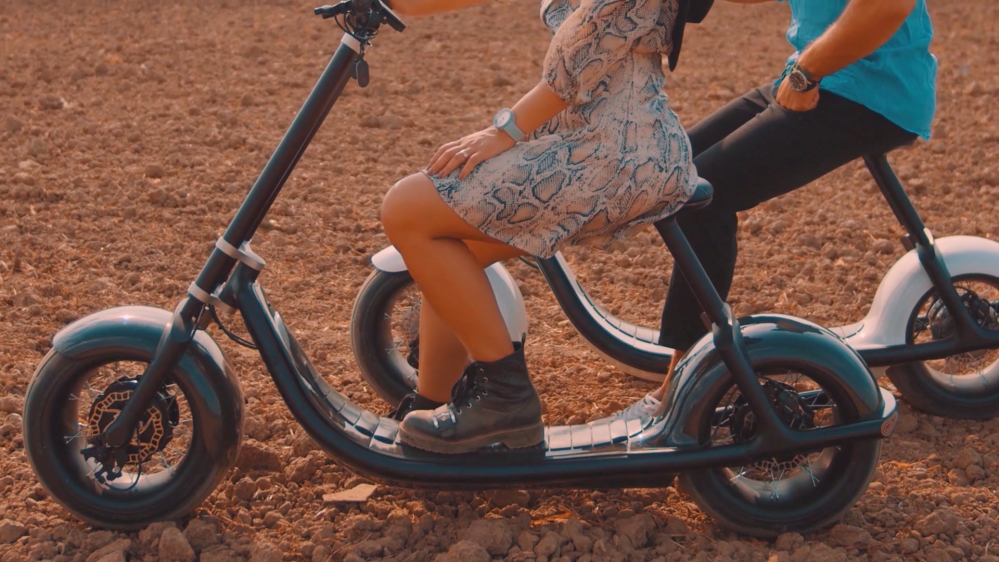 The scooter itself is made out of a number of non-standard materials. As Scooterson described it in a statement provided to Electrek:

Built in a state-of-the-art aerospace factory, with no steel, no plastic, no welding, no low-grade materials, just carbon fiber, aluminum, magnesium, titanium, the new Scooterson Rolley 2 is less than half the weight of anything else on the market. Scooterson Rolley 2 has a ‘spacecraft level’ of precision with unparalleled finishes and uniquely customized wheels and tires, extremely safe and capable of high-performance riding.

No steel, huh? I don’t know about you, but those disc brakes better have steel in the cables and rotors or I’m not hopping on this scooter.

So while I doubt the scooter is entirely steel-free, it does feature an exotic design that I find interesting. You can even see the Scooterson Rolley 2 in action in the company’s promo video below:

The scooter certainly looks nice and sounds like a fun ride. But the lack of suspension might be a deal breaker for some.

If you’re riding on smooth streets and bike lanes then you’ll probably be fine with the oversized tires as your only suspension.

But if you’re hitting off-road trails then you might want a bit more spring in your scooter. Just look at the way “Blanche” is getting pummeled by her scooter in this clip from the promo video,

But even more interesting than the big wheels and the exotic materials are the impressive self-driving claims being made by Scooterson.

This year, Scooterson has made a big step forward. Self-driving on two wheels. Imagine that you can ‘call’ your scooter or a sharing urban scooter using a smartphone, like centuries ago how a Wild West cowboy called his horse with a whistle.

Scooterson has also used the words “self-driving” to describe the scooter. It remains to be seen though whether we’re talking about full self-driving or rather a feature like Tesla Summon, which is more of a small-scale self maneuvering exercise.

What does it cost?

So how much is one of these Scooterson Rolley 2’s going to cost? The company unfortunately hasn’t provided any pricing details yet.

For comparison, there are similarly styled electric scooters on Amazon in the $650 range. However, they surely don’t have the same kind of exotic materials and flowing design seen in Scooterson’s version. 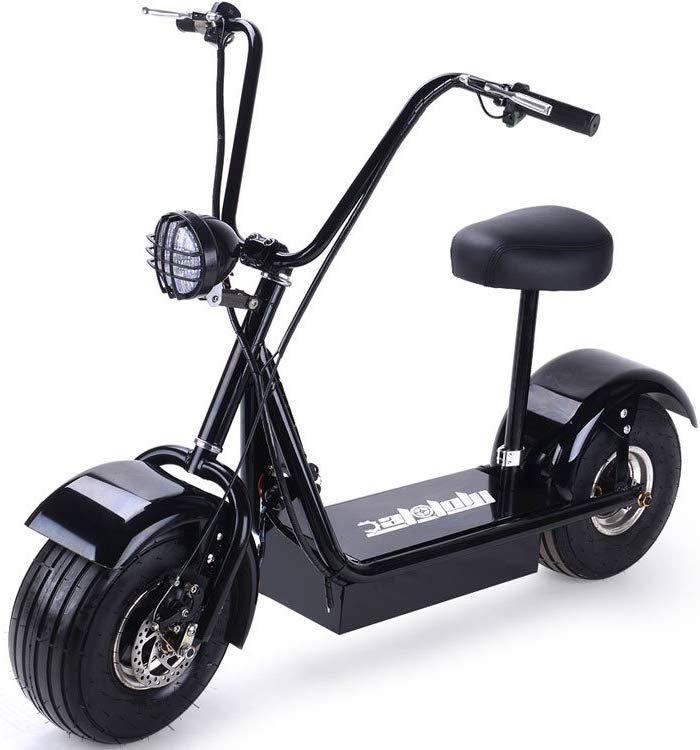 Amazon’s version doesn’t look quite as nice, though at $649 it’s likely much cheaper!

If you want to see the Scooterson Rolley 2 electric scooter for yourself, check out its debut at CoMotion LA on November 14. And until then, let us know what you think in the comments below!