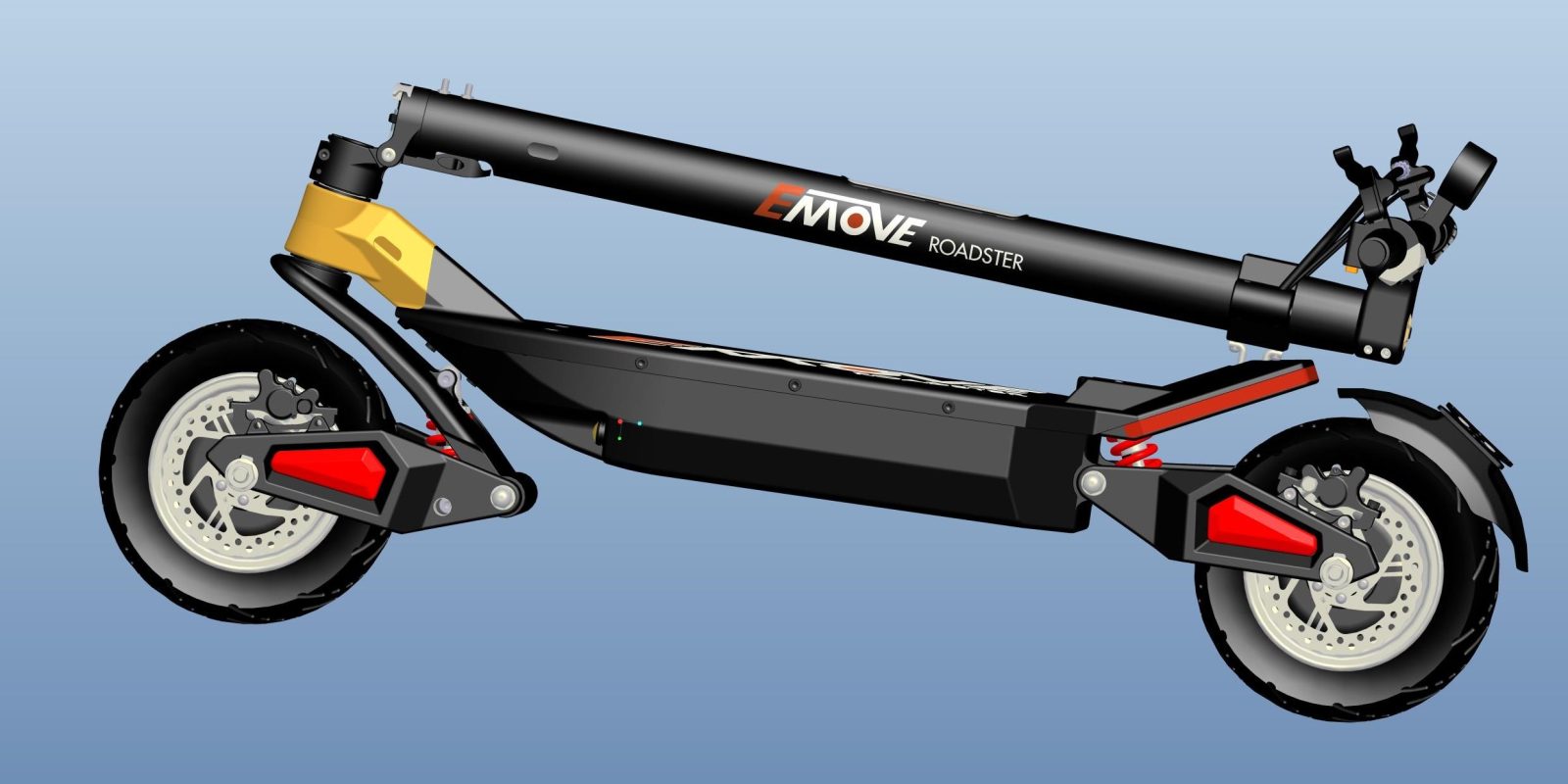 Not only has that model been a hot seller, but it also has some hot specs including a 62 mile (100 km) range, rating thanks to its 1.6 kWh battery pack.

That range rating is so high that I actually called the company’s bluff and spent three hours riding at top speed to see how far I could go on a single charge. As it turned out, I hit nearly 64.5 miles (104 km), proving the company wasn’t bluffing at all. See my fun range-test video below for the marathon ride.

And so now that Voro Motors is saying that its upcoming Roadster electric scooter will have as much range as the EMOVE Cruiser, I’m inclined to believe them.

But it’s not just the 62 mile (100 km) range rating that makes the Voro Motors Roadster electric scooter so impressive.

The scooter is also destined to sport two motors offering all-wheel-drive and helping achieve a top speed of 50 mph (80 km/h).

I’ve ridden a few 50 mph electric scooters and I can say that it provides a very unique rush — though I would only recommend it for seasoned scooter riders. And probably only for those with their affairs already in order as well. Or anyone training for the upcoming 60 mph (96 km/h) electric scooter racing league!

Even when not taking advantage of the Roadster’s high top speed, the dual-suspension setup is likely to give the scooter a comfortable ride at cruising speeds. And its dual-wheel hydraulic disc brakes should help bring riders back to earth (and to a stop) fairly quickly too.

We don’t have too many images of the upcoming scooter yet, but we expect it to adopt a somewhat similar appearance to popular dual-swingarm scooters such as the Apollo Pro, Turbowheel Lightning, and Mantis.

Voro Motors provided us with an exclusive rendering that shows the familiar shape and also indicates other features such as a single stem with mid-height lighting as well as lower deck lighting.

We’ve also seen a pair of prototype images of the front and rear wheels.

There also appear to be red LED side lights on the swingarms — an important safety consideration for night riding visibility.

We don’t yet have any word on what the Voro Motors Roadster will cost, nor do we have the final tech specs.

But the company has proven itself as a reliable distributor in the past, and so we’re excited to see what they’ll offer as the scooter gets closer to production.

And for those looking to hold a spot in line for the eventual pre-sale, there’s currently a no-commitment reservation list going on.