Get ready: 60 MPH standing electric scooter racing is becoming a thing in 2021

You know those standing electric scooters that have become so popular just about everywhere? Imagine souped-up versions flying through urban race circuits at 60 MPH. As it turns out, you won’t have to imagine it for long once the Electric Scooter Championship (or eSkootr for short) gets going next year.

The brainchild of a group of Formula E and F1 drivers, the new racing series is planning to pit high-powered and high-speed electric scooters and their riders against each other in a test of riding skill.

The goal is to create an electric racing series that is both more approachable and more affordable than most existing motorsports options.

As the organizers explained:

“The category’s affordability removes the high barrier to entry seen in most other motorsport series, and its versatility means the series can recruit from a truly diverse cross-section of competitors – including racing drivers, cyclists, skaters, snowboarders, motorcyclists, and even esports racers.”

The Electric Scooter Championship released a teaser video for the new racing league, shown below.

From the video, we can see the scooters are large, full-suspension electric scooters with wide tires. These are a far cry from the Bird and Lime scooters you may be used to seeing.

The video also claims that the scooters will reach speeds of up to 100 km/h (62 mph). This is within the realm of capabilities of existing electric scooters, and we’ve actually reviewed a few 80 km/h (50 mph) electric scooters already. 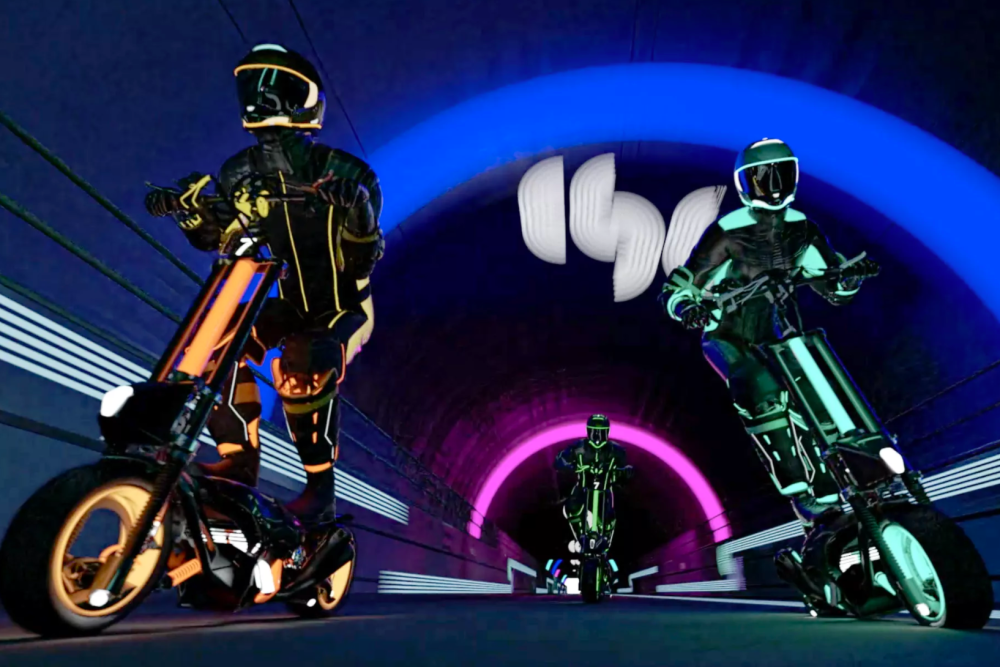 The electric scooters in the video look quite novel though, and the Electric Scooter Championship has not released info about the manufacturer yet. The hubless wheels and neon colors give a Tron-style aesthetic and should make for exciting racing visuals.

The group claims that racing will begin in 2021 but hasn’t released very many details yet regarding rules or logistics. We’ll be sure to update you with more info as soon as it is available.

To hold you over in the meantime, check out our video below showing the top 5 fastest electric scooters we’ve tested this year.

Well, this looks like one of the more interesting ways to die.

This will obviously be incredibly dangerous, but so is racing electric motorcycles at 150 mph and that’s a top-dollar sport.

Visually, this could be a fascinating and exciting sport. I wouldn’t want to volunteer as a rider, despite having spent my fair share of time on fast scooters. I’m happy to ride them leisurely though and not with a live audience.

What do you think? Is this crazy or awesome? Or both? Let us know in the comment section below!