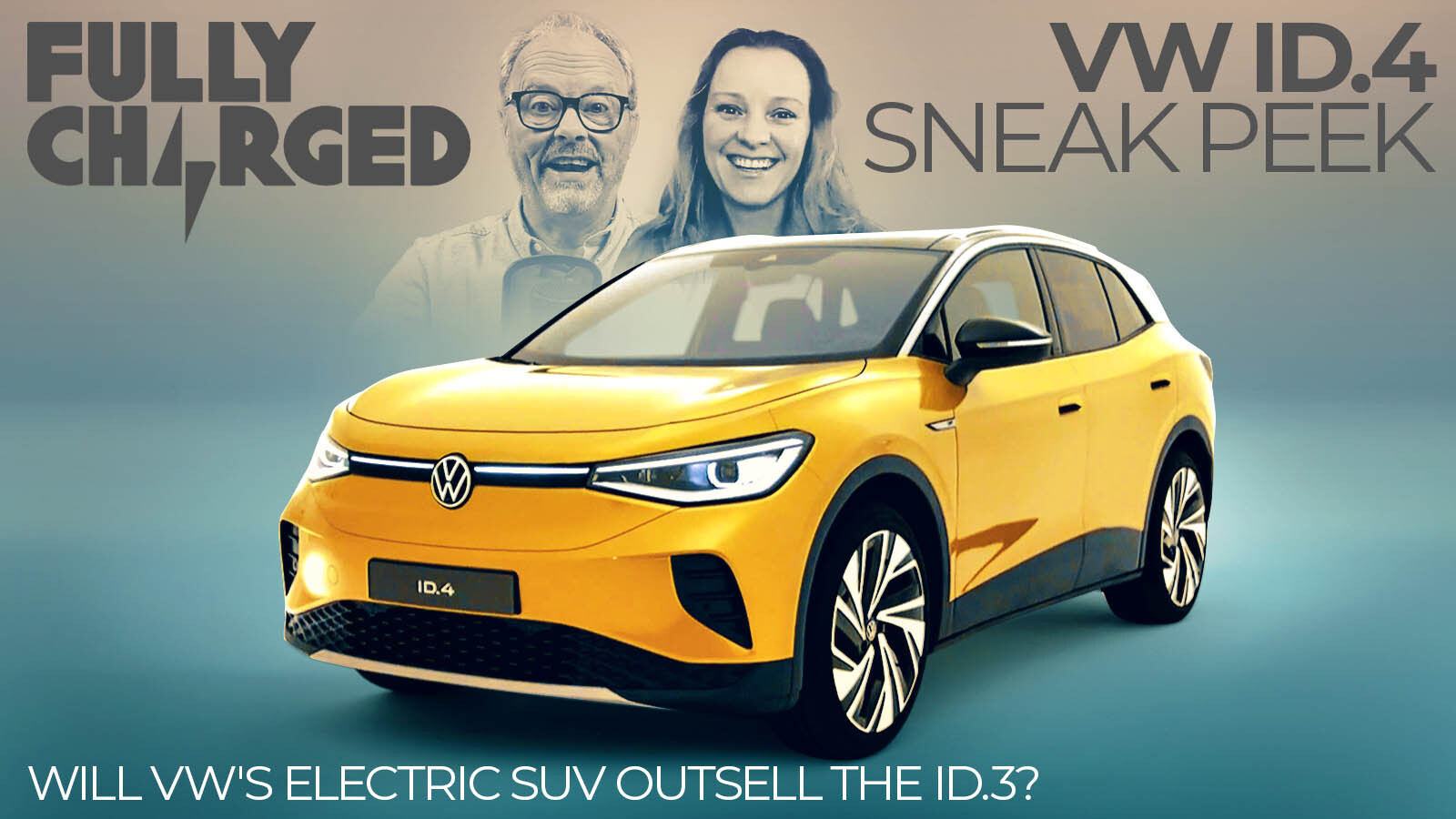 Obviously the short answer to the question above is yes, as Volkswagen at present has no plans to bring the ID.3 to North America, but what if they did? Would the Europe-friendly ID.3 succeed where the eGolf failed, or will the ID.4 simply be the better fit for the highways of the US and Canada? We recently reviewed the ID.3 and were impressed. Can the ID.4 create the same excitement that its “little brother” has in Europe, and does the Dieselgate scandal still linger in the consciousness of the North American consumer?

Chelsea Sexton caught a sneak peek of VW’s electric SUV in Los Angeles recently, and in the latest episode she reports her thoughts to Robert Llewellyn. This is an ongoing collaboration between Fully Charged and Electrek.

With two local launches in Brooklyn and Los Angeles, it’s incredible to have a US correspondent with Chelsea’s encyclopedic knowledge, and as well as getting to see the car, she also got to sit down with VW America COO, Johan de Nysschen. After all these years it still seems as if legacy automakers are still having trouble triangulating Tesla’s position, and in a carefully calibrated presentation, De Nysschen described the Californian company as a “partner” in vehicle electrification, not a “core competitor.” While ID.4 deliveries will initially be shipped in from Germany in the first half of 2021, ultimately depending on demand, volume manufacturing will commence in Chattanooga in 2022. De Nysschen also stated that VW America did not expect to sell 100,000 ID.4s next year.

Shortly after the launch, Chelsea got to “stealth test” a pre-production model and remarked that the car was, as she expected, designed to be familiar, in an apparent attempt to convert current gas car drivers. From afar, we would concur that ID.4 looks much more conservative, inside and out, than the ID.3, which to us seems better balanced between a familiar, and at the same time, fresh approach. In looks, it’s pretty standard for an SUV; on performance, we will reserve judgment until we drive the final version.

For Fully Charged, as ever the offering really comes down to the core battery statistics of range, efficiency, and charging speed. In this respect, ID.4 is competitive. Built on the Volkswagen Group’s MEB platform (Modularer E-Antriebs-Baukasten), the version featured has a 77kWh usable battery that translates to a 320 WLTP mile range, although we always prefer the more realistic real-world range provided by EV Database, which is in this case 245 miles. Equally impressive, ID.4 can charge at 125kW DC. In terms of efficiency it comes in at 310 Wh/mile; the most obvious comparative meanwhile, Tesla’s Model Y Long Range, offers 275 Wh/mile. The version we were presented with costs a persuasive $39,995, after the $7,500 current tax credit. Perhaps, most compelling of all is the three years’ worth of Electrify America charging that comes with the ID.4.

In summary, we believe the ID.4 will sell well — all around the world — but we still wonder if VW can really compete with sexier offerings from US-based pure electric vehicle companies like Tesla and Rivian. Time will tell, but VW’s first electric SUV is a solid start.