VW ID.3 — Is this the mass-market EV the world needs? 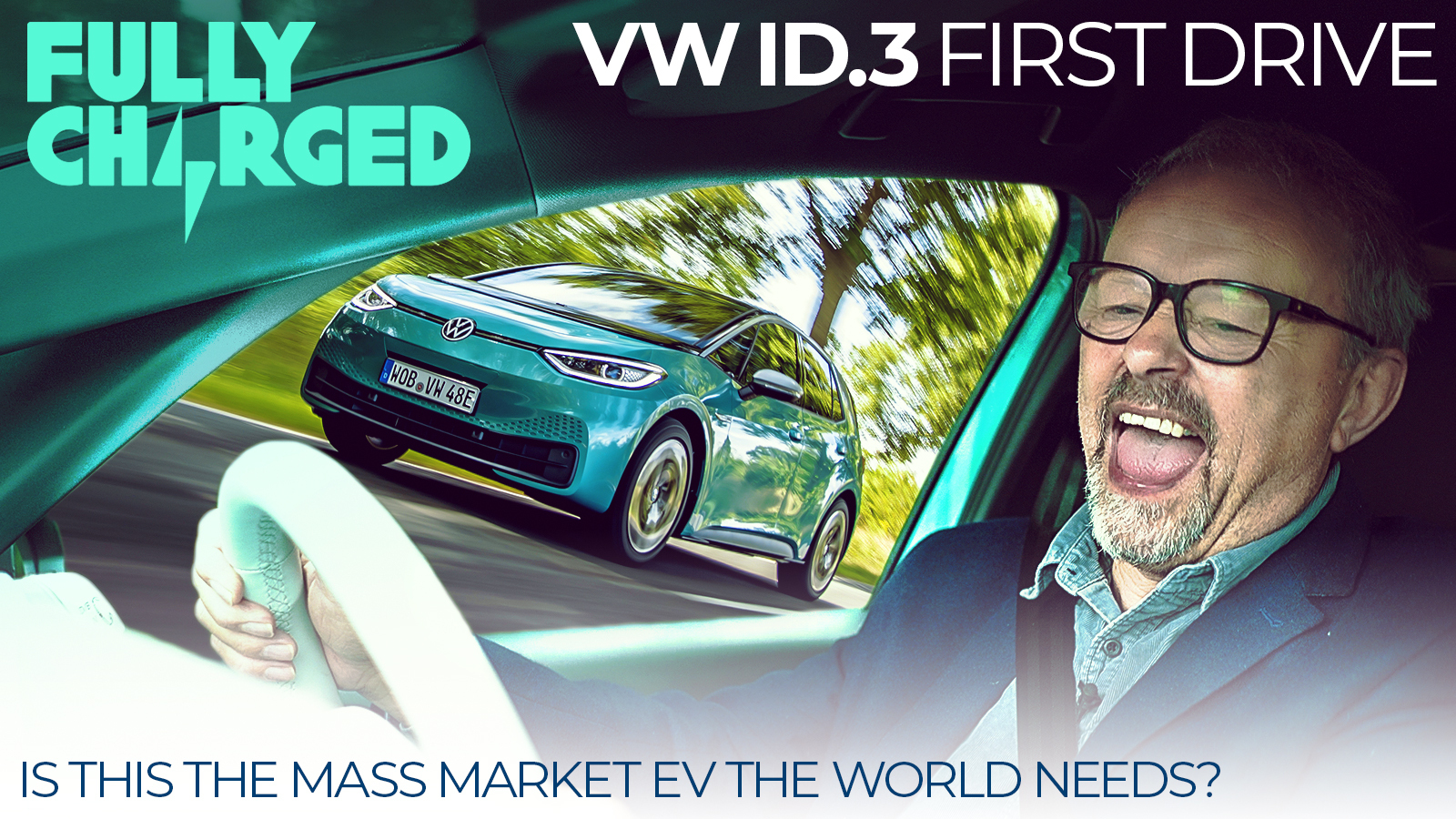 After a full 21 months since Fully Charged took the test-version vehicle out in sunny South Africa, Robert Llewellyn finally got to grips with the “First Edition” VW ID.3 in the not-so-sunny south of England.

It’s no secret that, having had a few of them, we are fans of Volkswagen‘s Golf. And surely with its similar proportions, the ID.3 is its logical, technological successor. But does the reality match that expectation?

[Ed. Note: This is part of an ongoing collaboration of Fully Charged and Electrek.]

There is no way when writing about VW’s first electric effort that you can’t reference the “Dieselgate” scandal that shook, and continues to shake, not just Volkswagen, but the automotive industry as a whole. While there is still some distance left to run in this toxic tale, it will be considered ironic if, having been at the black heart of it, the company concerned was so stung into action that it fully embraced electrification, and saved itself from extinction.

While VW’s transition from combustion has been troubled at times, VW’s public and private commitment to pure electric vehicles has been relatively consistent when compared to its legacy competitors. Many industry observers have had the VW brand down as the legacy marque most likely to escape the energy transition unscathed, or at the very least, less badly burnt. Recent internal wrangling aside, such as CEO Herbert Diess’ alleged sidelining and multiple reports of software issues, the ID.3 and the ID.4 seem largely on track to deliver in reasonable volume from 2021 onwards. Further evidence, including their desire to build 330,000 EVs per annum in a renewable energy-powered factory at Zwickau in Germany, is testament to their direction of travel.

The ID.3 itself is instantly familiar as a follow up to the various incarnations of the Golf, and yet at the same time it is entirely distinct from its predecessors. It’s said that when it came to the design of the ID.3, VW catered to a younger demographic, and the car’s appearance is sufficiently modern to attract a new audience, but also capable of appealing to current customers. If the exterior is straightforward yet future-facing, it follows that the interior should be simple and contemporary, too. While rumored software shortcomings do appear to be substantive, anticipated over-the-air updates should smooth these issues out over time, and while like most cars it can’t match Tesla’s user interface, the ID.3 at least represents an encouraging starting point.

It might be argued, though, that thus far, early EV buyers are a different breed, and that they typically like to look beyond the design cues to details of the battery size, range, and charging. While VW doesn’t offer its own charging infrastructure, it’s a key partner in the Volkswagen-run Electrify America and Ionity Europe programs, and in all other aspects it adds up to a credible offering. Battery sizes vary from 48kWh to 62kWh to 82kWh, and, respectively, range is stated as 205, 260, and 341 miles on the WLTP standard; we believe that the real-world range in all conditions will be closer to 167, 211, and 273 miles, respectively. All of the models can fast-charge on CCS up to a speed of 50kW, 100kW, and 125kW, respectively. (These statistics are taken from the EV-Database.org.)

When it comes to cost, the 1st Edition will set you back £35,800 in the UK, but in 2021, the shorter-range entry-level ID.3 is slated to be less than £30,000. US prices are as yet unknown as the ID.3 hasn’t yet even been announced for North America. Irrespective of cost, the ID.3 should sell well — very well indeed — but at this price point, it remains to be seen whether some prospective buyers in Europe will be prepared to stretch to a Polestar 2 or a Tesla Model 3 instead, or to wait for more affordable EVs as and when they arrive. In North America, meanwhile, it’s arguably the ID.4, which Fully Charged will also feature soon, that is the bigger deal. Either way, it’s good to see the manufacturer of the “people’s car” committing to being 100% electric. Let’s hope the people reward their efforts.

Watch Robert’s honest assessment of the ID.3 above. Could it be the electric car that you’ve been waiting for?