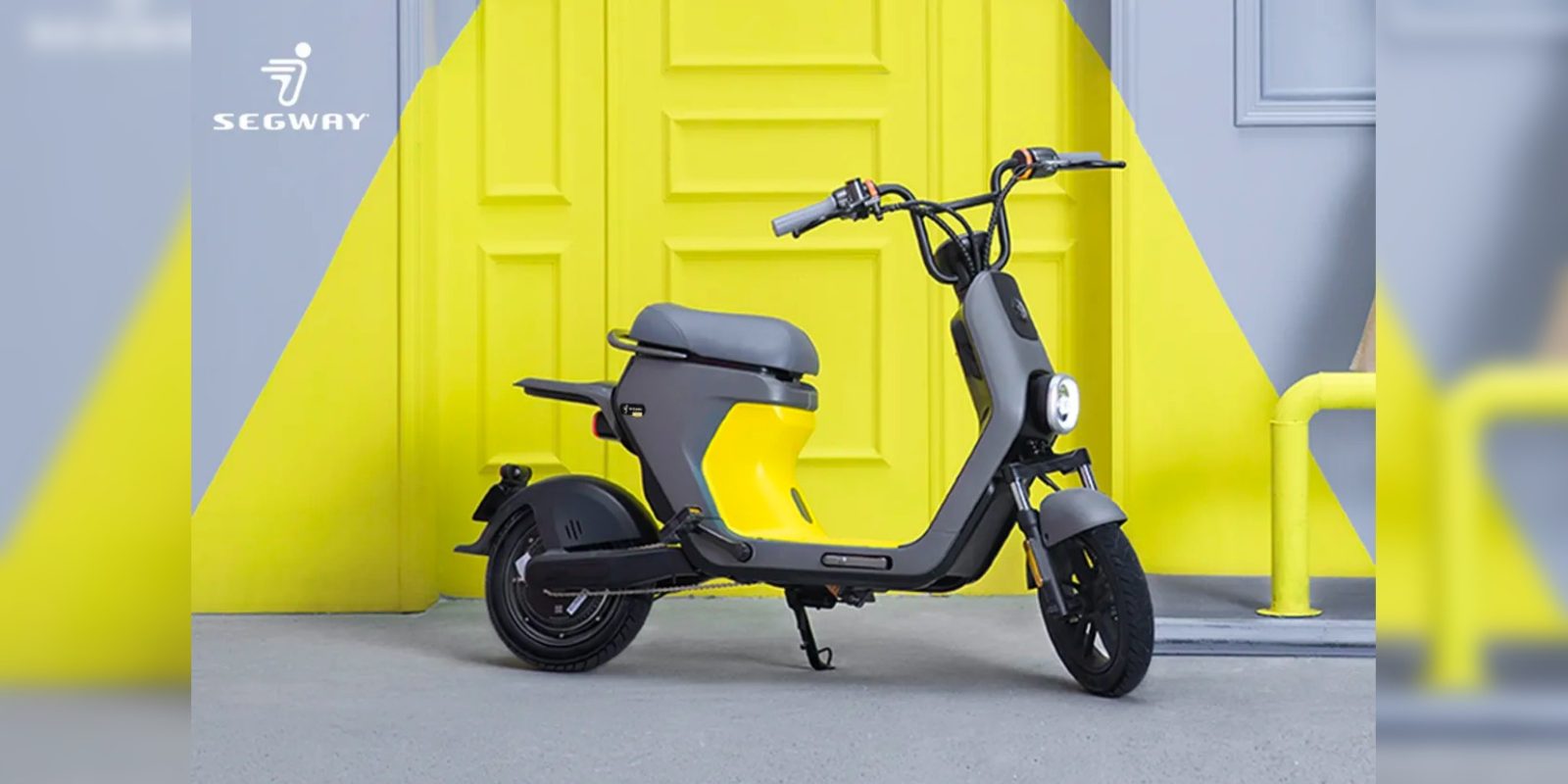 As electric bicycles become increasingly prevalent, innovation in the industry has led to a slew of new designs and tech. Interestingly, much of that technology has been co-opted into new forms of personal electric vehicles that are e-bike-like but not quite electric bicycles.

Here are some of the most interesting examples we’ve seen this year.

The A-Ride is produced from scratch by the British Columbia, Canada-based company Alpine Riding.

It may look like an electric bicycle from some angles, but it’s actually a scooter due to its lack of pedals.

This isn’t your grandkid’s scooter, though. It is designed for mountain-bike style riding thanks to its dual suspension frame and fat tires. Together, those features allow it to tackle terrain that no other scooter could dream of.

Technically speaking, the Segway C80 electric moped is an e-bike. At least it can be legally classified as one since it travels at Class 2 e-bike speeds (20 mph or 32 km/h) and has functional pedals.

But it actually features a moped-style frame and even has floorboards so the rider doesn’t have to rest his or her feet on the pedals.

Another advantage it has over electric bicycles is that it is filled with high-tech features like built-in GPS tracking for anti-theft, keyless operation with two included NFC cards and proximity unlocking via your smartphone.

It also has a seat sensor that can engage the rear wheel lock a few seconds after you dismount, further reducing the chance of theft.

At $1,899, it is one of the more expensive options on the list. But it also offers a lot of features that you won’t find on most other personal electric vehicles.

What happens when you combine a powerful electric bicycle motor with a tractor-style yoke? Apparently you get the Veelo, which is a clever way to electrify your inline skating adventures.

This one kind of blew my mind when it first popped into my inbox.

The company claims the device can pull you up to 20 mph (32 km/h) and even has the potential to be unlocked to go even faster on private roads.

It sounds fairly easy to learn to use as well, as inventor Dr. Brice Jamieson explained in an email to Electrek:

“We’ve been testing with a range of wheeled equipment and riders, and so far nobody’s taken more than about 30 seconds to pick it up and get comfortable.”

The JackRabbit 2.0 was released earlier this year. Despite its debatably odd appearance, it seems to have some interesting advantages.

It combines many aspects of e-bikes with the pedal-less format of a scooter. The large wheels help it easily roll over bumps and pot holes, while the short wheelbase keeps it nice and nimble.

One of the most common complaints about typical electric scooters is that the wheels look dangerously small.

However, Razor decided to go the extra mile and add big wheels to help ease any concerns. And it just so happens that the big wheels can help improve the ride quality as well.

The Razor EcoSmart SUP electric scooter features 16″ wheels and an electric bicycle style motor in the rear wheel mounted in a mag-style rim.

The tires are even inflatable, which hasn’t always been a given on electric scooters in the past.

With a top speed of 15.5 mph (25 km/h), the Razor EcoSmart SUP electric scooters aren’t as fast as most US e-bikes, but they still bridge the gap nicely by incorporating more e-bike parts than traditional electric scooters.

Believe it or not, this adult electric go-kart actually hails from the world of micromobility as well. It is powered by a Ninebot self-balancing electric scooter that is cleverly hidden in the rear of the go-kart.

It features two motors with a combined 4.8 kW of power and can hit speeds of up to 23 mph (37 km/h). That might not feel too fast on your local roads, but it is plenty fast for drifting around twisty karting tracks. And Ninebot claims that those powerful motors get up to speed quickly, resulting in a forward acceleration of over 1g.

The price of $1,499 might sound steep at first, but keep in mind that you’re also getting a self-balancing scooter as well, if you want to disconnect it from the go-kart.

This one might be the farthest on the list from “normal” micromobility devices, but it was a pretty impressive demonstration of personal electric vehicle engineering. And so we’ll include it on the list anyways.

Developed by a team of engineering students at Duke University, the wheel is known as the EV360.

The team is hoping that will be fast enough to set a new world record for fastest monowheel.

Because the EV360 was built for speed and for distance, it sports a rather small 72V 22Ah lithium polymer battery with 1.58 kWh of capacity. The team estimates that the battery should be sufficient for around 9 miles (14.5 km) of range when riding at 20 mph (32 km/h).

But the goal is to go fast and not far, and that’s what the team is attempting to do — as soon as they can work out how to control the wheel.

Check out the video below, where you’ll see that steering the wheel is a lot harder than it sounds.