Coming to America: Testing a typical Asian electric bike for a US audience 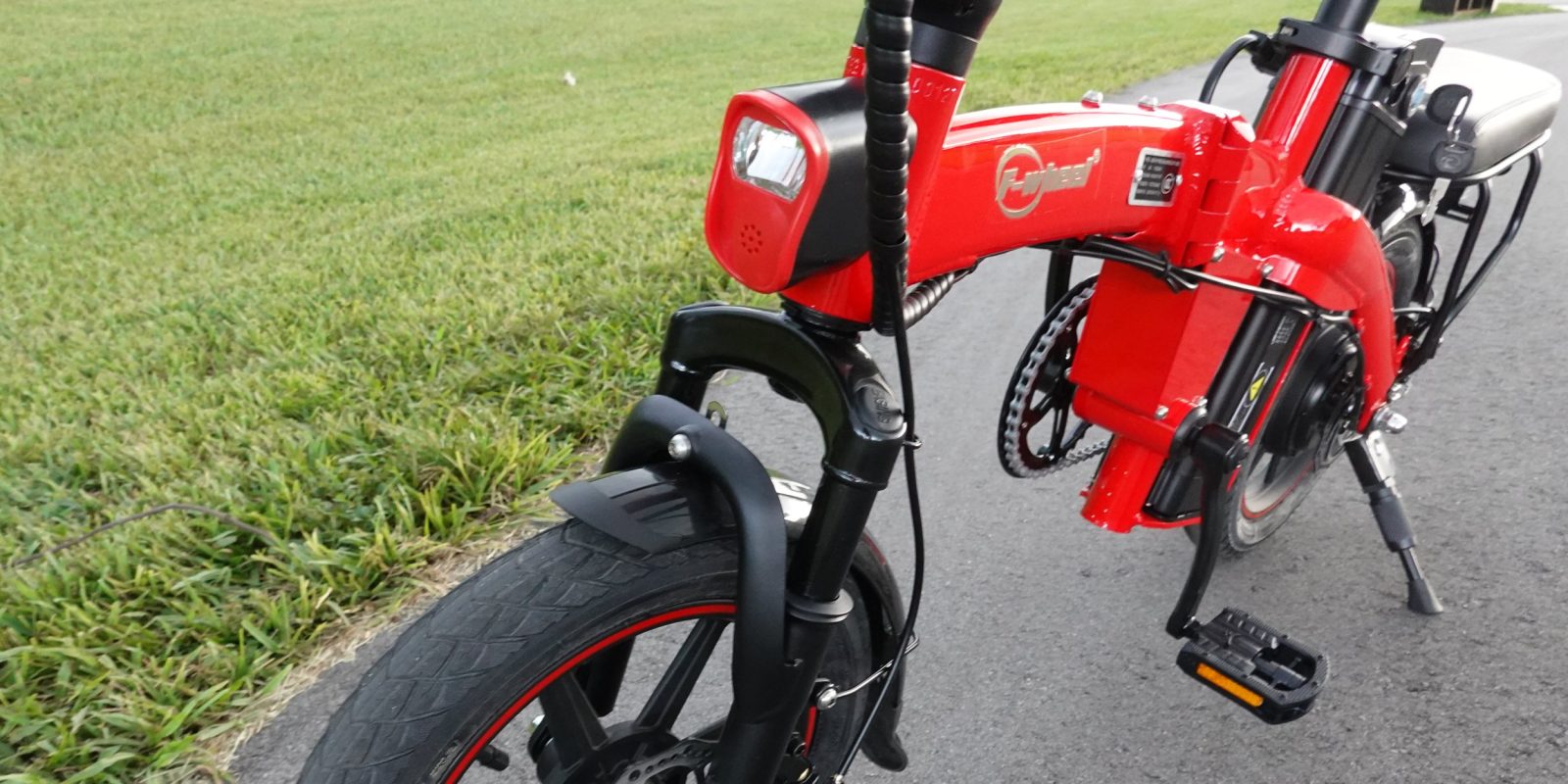 When I visit China, or really anywhere in Eastern Asia, I’m always amazed at just how prevalent electric bicycles are. E-bike adoption may be on the rise in the US, but it’s simply the standard way to get around in much of Asia. And so I wanted to test how a typical Asian e-bike could perform when taken out of its element and dropped in the West. To do so, I hopped on the newly released F-wheel A5 e-bike.

The F-wheel A5 electric bike has all the hallmarks of an e-bike common to eastern Asia.

It sports small wheels, a small frame, a giant battery, seating for adults and kids, and is easy to maneuver in and store tight spaces.

And while you’re likely to see tons of these types of e-bikes zipping around just about any city in China, it’s a fairly out-of-the-ordinary e-bike in the US. But since F-wheel just launched sales of the bike to the US (and with free shipping, no less!), I figured this was a great time to give the bike a real test.

To see the F-wheel A5 e-bike in action, watch my video review below. Then keep reading for all my musings on this electric bike.

What is an “Asian e-bike” anyways?

I should probably clear this up right at the start so that we’re on the same page.

Yes, almost every electric bicycle sold in the US is an Asian e-bike. There are VERY few US-built e-bikes, and of course there are a growing number of European-built e-bikes, but the vast majority are built in Asia.

When I call the F-wheel A5 an Asian e-bike, what I mean is that it uses the common design of e-bikes I’ve seen across much of East Asia. And yes, technically speaking, e-bikes like those from Rad Power Bikes, Juiced Bikes and others are Asian e-bikes in the sense that they are built there. But those are obviously designed for American riders in an American market, and so that’s not really what we’re talking about.

The F-wheel A5 looks almost nothing like the kind of e-bikes we usually see in the US.

Its small 14-inch wheels and minimalist frame make the bike fairly light at just 49 lb (22.5 kg). Sure, that’s heavy relative to a pedal bike, but consider that popular US folding e-bikes like the RadRunner weigh 30% more, while big boys like the Juiced Scorpion weigh twice as much, and you’ve got a relatively lightweight e-bike here.

The small wheels also help the small bike fit easily up staircases, into small elevators, and tucked into the corner of small apartments.

They give a fine ride on smooth streets, but potholes, cobblestones, and even pavers can be a nightmare for small wheels. To give you back a bit of hope on less-than-perfect terrain, the F-wheel A5 includes both front suspension and seat post suspension. Neither is high quality, but both actually work decently well. The seat post suspension is surprisingly effective.

Of course the little passenger on the rear rack doesn’t get any benefit from the seat post suspension. Instead, there’s just a thin pad offering their rear end any respite. But hey, kids are tough. Right?

There’s also a distinct lack of footpegs back there, which seems like a major oversight. My nephew just put his feet on the ends of the rear wheel axle, but that feels like a solution that wouldn’t fly as well in the US as it does elsewhere. So I’d recommend F-wheel include either a set of footpegs or a pair of kid-sized roller skates with the bike.

There are two models of the bike with two different batteries: a 360Wh model and a giant 1kWh model. The battery cases are the same and they look identical, but one adds a couple more pounds and nearly 200% more range.

What about the power?

While the bike may look small, it isn’t puny in the power department. It runs a 48V system, which if you aren’t familiar with e-bike voltage levels, is a pretty powerful system. Many larger European e-bikes use a 36V system, so you’re getting around a third more power here than you get with a lot of big bikes. The bike had good acceleration even with a passenger, so that tells me we’ve got more than standard cheap e-bike power.

Technically the bike claims a 350W rear motor, but the acceleration is quite powerful and so I’m guessing we’re looking at something that’s more like 500W continuous and even 750W peak — though I wouldn’t want to demand a sustained 750W from the motor. With an electronically limited speed of 15 mph (25 km/h), the bike feels like it is neutered too low. But then again, it’s designed for dense urban living and 15 mph in a bike line seems perfectly reasonable. I wouldn’t want to do that on the side of a busy road though.

You might have also noticed that the rear wheel motor is in a mag wheel, as is the front wheel. There are no spokes here, meaning nothing to fall out of tune or break. There’s also no derailleur or gears of any kind. Again, there’s nothing to tune, adjust, or break. It’s a single-speed e-bike that just keeps working.

While I initially put the single-speed nature of the bike in my mental “cons” category, it started to grow on me. The small wheels mean the bike is already geared very low, so you don’t need to downshift for hills. And with such small wheels anyways, your derailleur would be hanging millimeters off the ground. Better to just do away with it altogether and remove one more hassle/expense from the bike.

But all in all, the bike is designed to be as no muss, no fuss as possible. It even comes with a few extra features that I didn’t expect, such as a full lights including functional brake light, horn, fender set, and a pedestrian noisemaker.

That last one I could do without. Like, seriously. The noisemaker is terribly annoying (watch my video above to hear it). Perhaps there’s some new law in China that says e-bikes above 12 mph (20 km/h) need a noisemaker. Because the thing beeps as soon as you get going that fast. It’s awful. I hate that part. I want to cut the wire to the noisemaker and I just might do that, though I imagine I’ll lose the horn operation. That’s a worthy sacrifice if I’ve ever seen one.

If you’re searching for a recreational e-bike for trails or a fast e-bike for cruising, this puppy ain’t it. But if you’re looking for a small, light, and peppy utility e-bike that can carry a kid or a cargo box in a densely populated urban environment, this might be the ticket. For just $700 (for the 360Wh model) or $955 (for the 1kWh model), you get a low maintenance two-seater e-bike that fits a city lifestyle and fits into a city apartment.

Just make sure you don’t fit the front wheel right down into a pothole.