Gazelle Medeo T10+ might be the ultimate commuter ebike 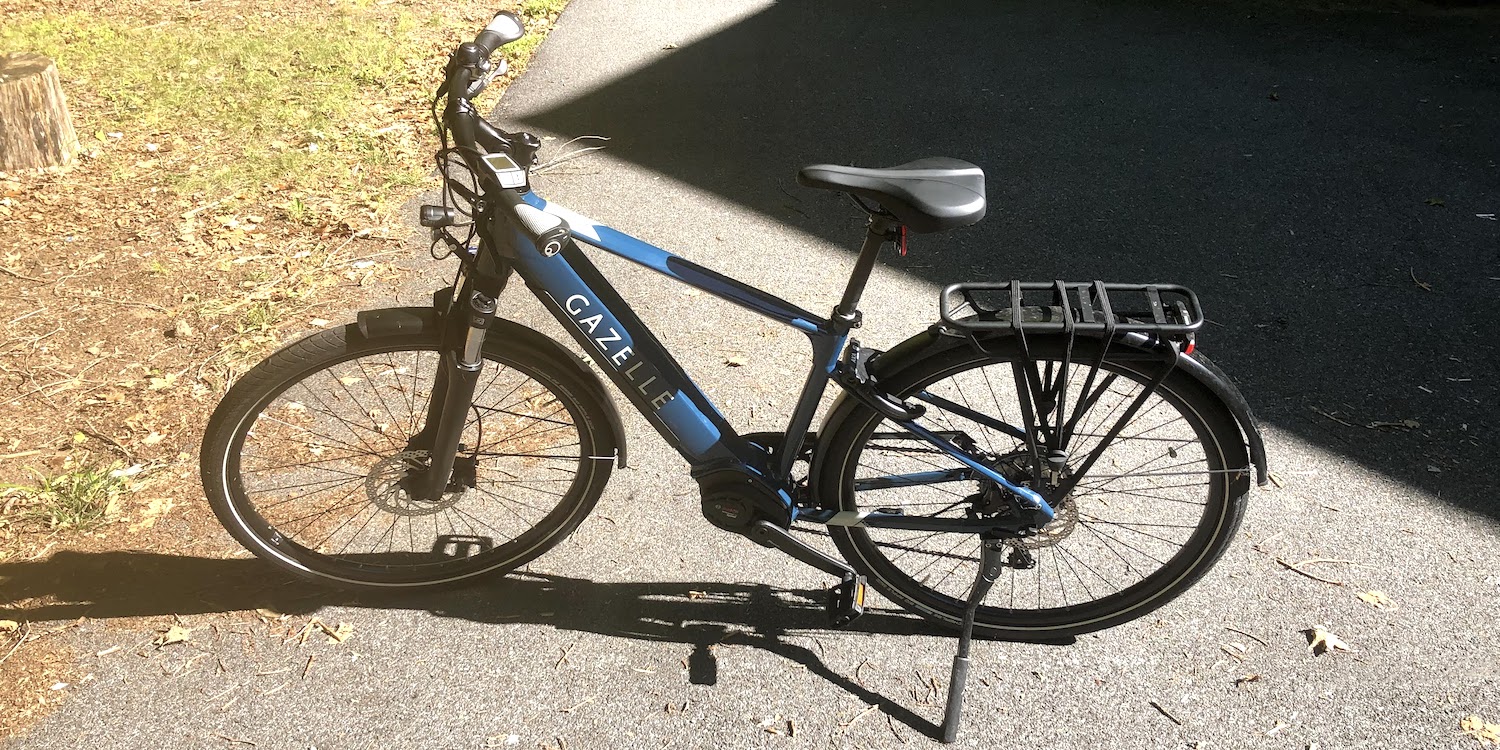 Last year, I reviewed the Gazelle CityZen T9 ebike and thought it was a fantastic offering for those people content with 20mph assist speeds on smoother roads. But as someone who commutes on rougher backcountry roads, I much prefer getting close to 30mph before the electric assist cuts off. That not only means a Class 3 capable motor but some other improvements are necessary to the bike.

Today we are looking at the answer to most of my concerns with the T9: Gazelle’s Medeo T10+

In our CityZen T9 review, I noted that there were 2 things I would improve about the bike before I’d consider owning one:

The 20 mph (32 km/h) power cutoff and thin Continental tires didn’t work well with my commute and lifestyle. I usually spend most of my e-bike ride in the mid-upper 20s (upper 30s in km/h) on flat ground (slower on uphill, faster downhill obviously). Also, the roads in my area aren’t smooth at all and in fact can be quite bumpy.

The Medeo T10+ is a similar sturdy aluminum bike with similar sporty geometry. It also includes all of the same high-quality literal bells and whistles, including integrated:

You are also looking at the similar high-quality 10-speed Shimano Deore external drivetrain and Shimano BR-MT420 4-piston hydraulic disc brakes. Both are rock solid and feel like they will last years before they will need work.

While these seem like high-end parts, Gazelle actually makes a $500 more expensive version of this bike with the same drivetrain called the “Ultimate”. Besides the paint job and maybe the front lighting, I’d personally save the $500…

In other words, this thing is loaded to the teeth with high-end components and has the same $3500 price tag as the T9. I know a lot of people want amazing bikes with top tier components for $1000 but the reality is that Bosch probably charges more than that for the drivetrain alone. Add over 100 years of Dutch engineering and high-end integrated parts and the price actually makes a lot of sense. This bike is going to last years!

The T10+ also upgrades the wheels to wider Schwalbe Big Apple tires and a Suntour Mobie A32 NLO suspension fork which totally changes the ride experience on rough roads. I’m not a stickler for suspension on commuter bikes and to be honest, I’ve had some bad experiences with low end, too soft front fork suspension. But the adjustable Suntour here is the best of both worlds. Firm enough not to get in the way while pumping and soft enough to cushion those big potholes. The tires/wheels are also the Goldilocks of just big and soft enough, yet efficient.

Combined with the stiff frame and the bigger tires, it is hard to find something to complain about in the ride. Gazelle offers 3 sizes of this bike (45, 50, 55) and also offers a mid-step version of this bike in an aqua color:

The biggest and most important upgrade here is the motor. The T9 did an admirable job but cutting out at 20mph (as a Class 1 ebike motor should do) was disappointing. Bosch Performance Line Speed 4.0 keeps the power coming all the way up to 28 miles per hour. Although 8 miles per hour might not seem like a lot, on the 30-35mph roads, it is the difference between riding with traffic and having to edge to the side of the road to get passed.

I have to say that I’m always impressed with the amount of efficient power Bosch is able to squeeze out of its motors. You are going to get close to 20 miles of range on turbo mode and 3 times that on eco. I’ve tested this on my hilly commute and find the numbers to be very accurate if not a little conservative, especially in the realm of fantastical ebike range ratings. Bosche’s latest version of the Performance speed has also dropped some weight although I think it might have also dropped some sound insulation.

Meanwhile, the motor is extremely powerful with its 75-85nm of torque. It will both get you up the steepest of hills and to 28mph with ease. Bosch even managed to drop some weight from its speed line of motors making this bike barely heavier than the smaller T9 at around 50lbs. The Purian display is minimalist but gets the job done very well.

I’m not certain if I had the 75nm or 85nm of torque since Bosch is upgrading its motors for more torque with a software update. But either way, this thing has all the power you need in pedal assist.

You can add a second battery to this bike bringing the total to 1kWh of battery and range that extends beyond 100 miles for those longer “insane on a bike” commutes.

No bike is perfect and I’m sticking to this being the “best commuter bike for me that I’ve ridden.” But I’ll list some areas where Gazelle might reach a wider audience with some improvements.

I’m really not looking forward to giving this one back and returning to my 2017 Raleigh Redux IE with Brose drivetrain. I’ll miss the suspension and the splashproof fenders and swept-back handlebars for sure. But what I’ll probably miss most is the reliability, range, and sheer hill-chomping torque of the Bosch Performance line Speed system. The T10+ is a truly great commuter.

Maybe they’ll forget to pick it up?