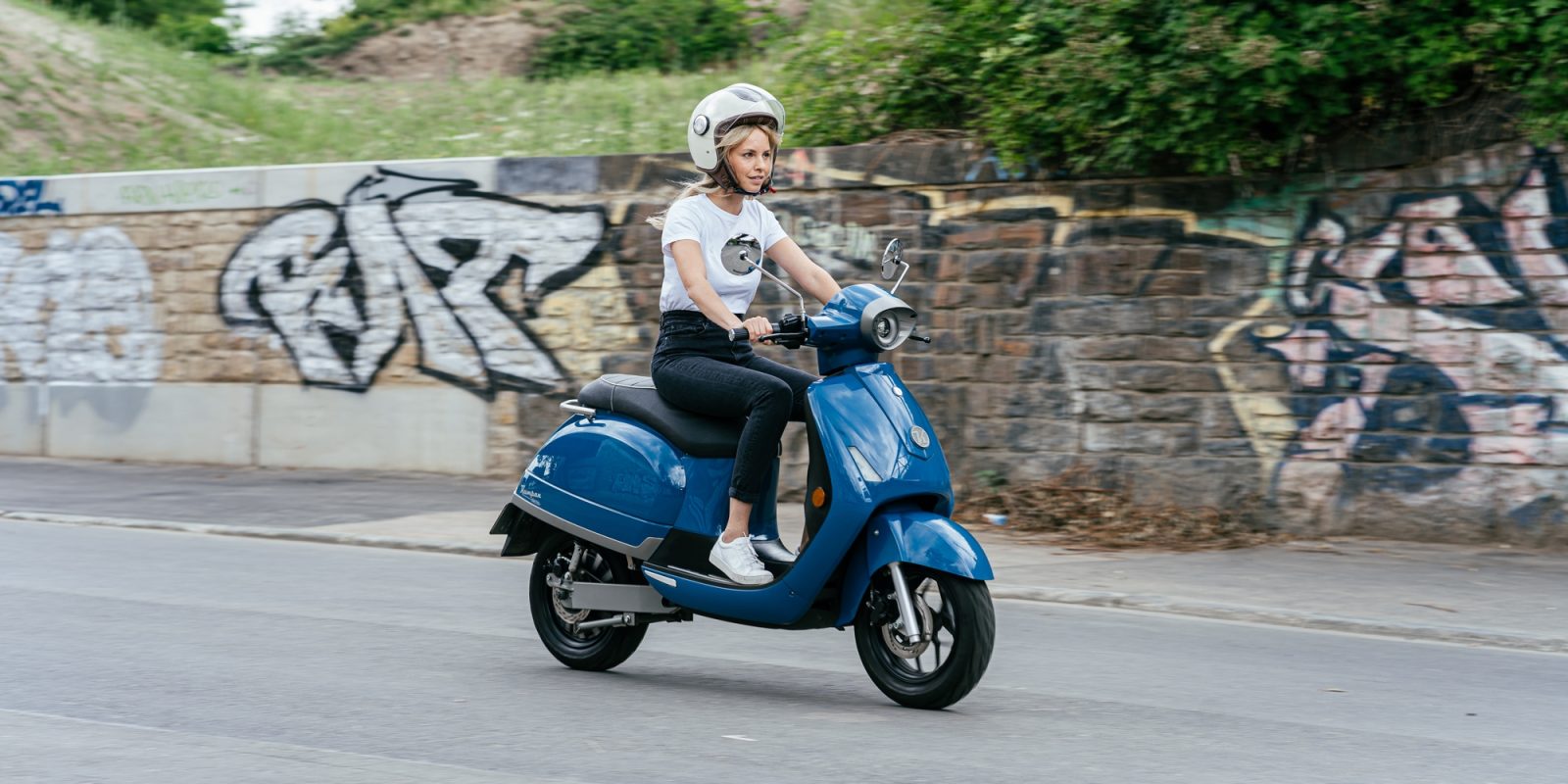 Kumpan electric has just announced the launch of higher-speed versions of its retro-inspired seated electric scooters. The new scooters fill out the Kumpan 54i Series lineup and offer several models with speeds ranging from 45-100 km/h (28-62 mph).

The Remagen, Germany-based company had previously rolled out the Kumpan 54 Inspire, a 45 km/h (28 mph) version of the scooter that qualified as an L1e electric scooter and thus did not require a motorcycle license.

Now the company is stepping things up a notch with the launch of the Kumpan 54 Ignite and 54 Impulse.

The 54 Ignite is already available for delivery and has a second production batch coming in October. The 54 Impulse won’t begin production until Q4 of this year. All of Kumpan’s electric scooters are designed and built locally in Germany.

Both models also offer powerful new LED lights, an updated seat design, and a new KeyApp to unlock the scooter via the rider’s smartphone. The scooters also use a large, 7-inch touchscreen display.

The scooters are powered by the same PowerPack 2.0 batteries used across Kumpan’s scooter lineup.

Each scooter comes with two of the 1.5 kWh batteries but has space to add a third battery.

Kumpan is also working on future developments including a docking station for up to three batteries to charge in parallel, as well as a quick charger to cut charging time by half.

Last year I had the pleasure of test riding Kumpan’s previous flagship electric scooter, the 1954 Ri Sport. It used similar styling, but didn’t contain some of the new updates to Kumpan’s current lineup.

Even so, it was an awesome electric scooter that took me up to 100 km/h (62 mph) and looked as good as it rode. Check out my review video below to see it in action.

While Europe is Kumpan’s largest market, the company also began operations in the US this year.

The move came just after Kumpan landed a large investment deal and purchased another electric scooter company Scrooser, incorporating it into its larger network.