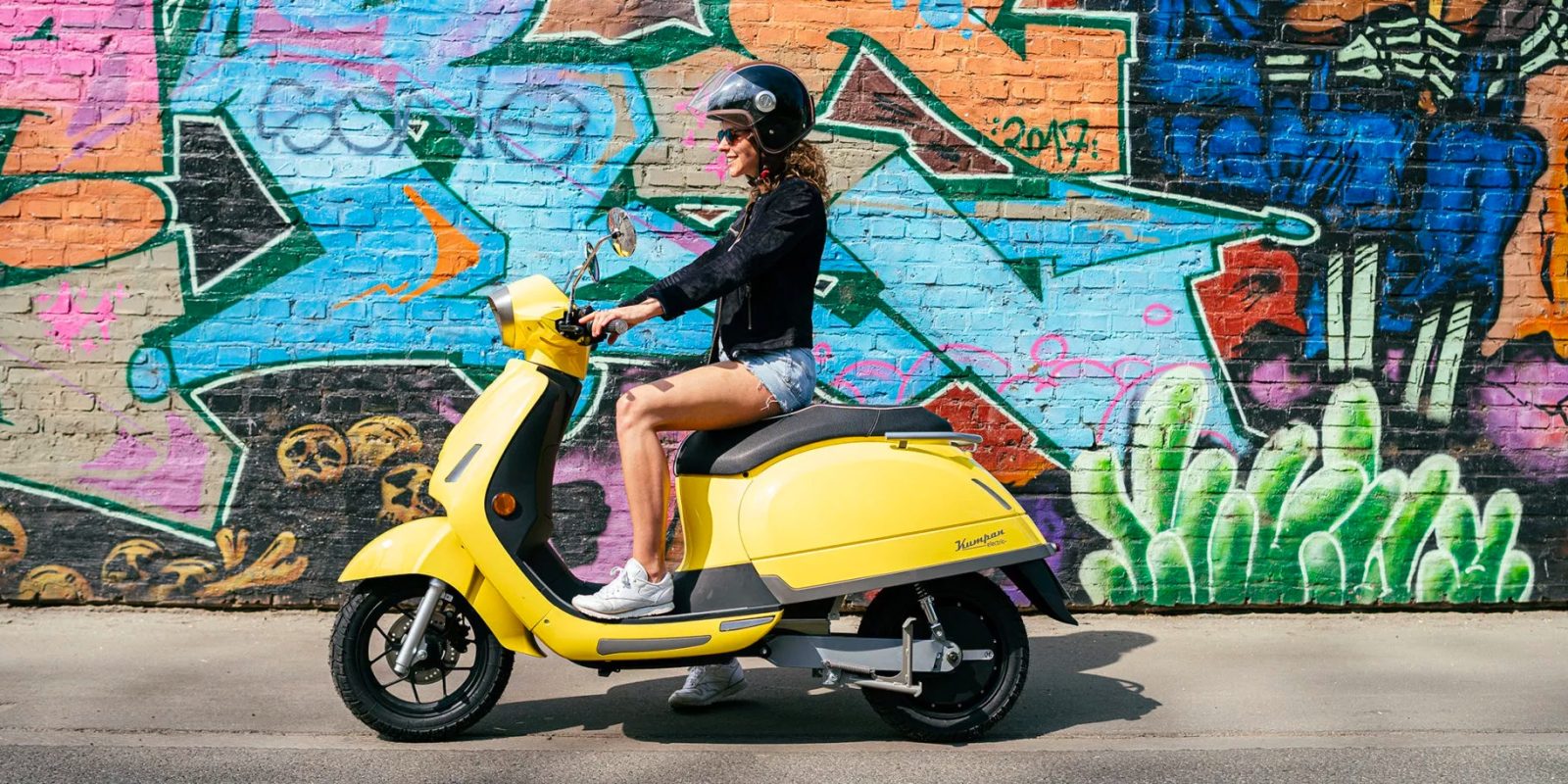 Remagen, Germany-based electric mobility company Kumpan has just announced its new line of seated electric scooters designed for urban commuters. Based on the company’s previous flagship model, the new Kumpan 54 Inspire electric scooter retains much of the same technology, but offers a much more attractive price.

The new Kumpan 54 Inspire was just announced today and is the first of four electric scooters in the new 54i line.

In addition to the 54 Inspire, Kumpan will also be rolling out the upcoming models Iconic, Impulse, and Ignite.

The Kumpan Inspire and Iconic are both L1e vehicles in the EU, meaning they have a limited speed of 45 km/h (28 mph) and thus don’t require a motorcycle license to operate – just a standard car driver’s license. 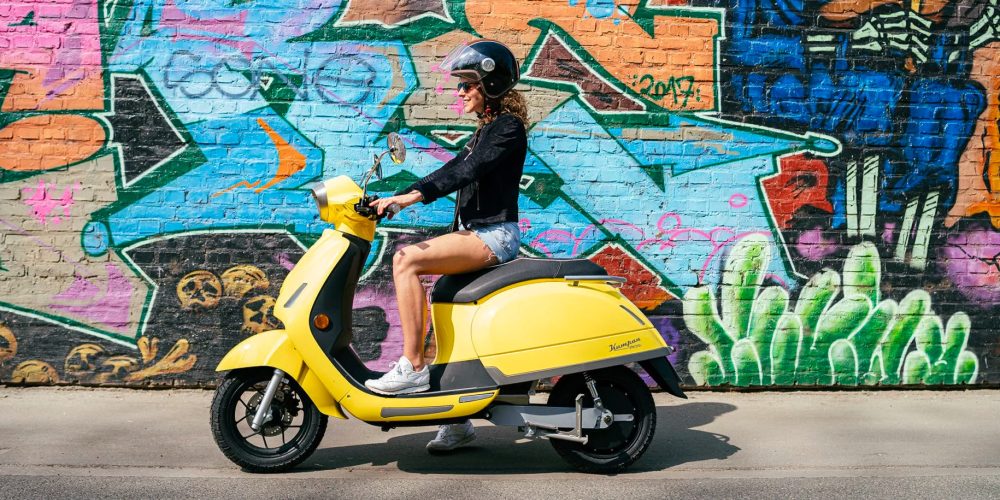 While the higher speed vehicles aren’t available yet, the Kumpan 54 Inspire was just launched today and is already available for order with a starting price of €3,999.

Compare that to Kumpan’s previous flagship scooter, the Kumpan 1954 Ri Sport, which was priced at €6,999. I had the chance to review that scooter last fall, which you can see in the video below.

The new Kumpan 54 Inspire shares a lot of design notes with the 1954 Ri, but has been optimized for city riding.

It sports smaller 12″ wheels, a 3 kW continuous and 4 kW peak rear hub motor with regenerative braking, a lower seat, and just one removable battery in the base model. For riders looking for more range, there is space for up to three batteries.

A single 1.5 kWh removable battery will take the Kumpan 54 Inspire up to 62 km (38 mi) under ideal conditions, with that range being bumped up to 186 km (115 mi) with two additional batteries.

Having ridden a couple of Kumpan’s scooters in the past, I’ve found their battery design to be one of the coolest parts of the vehicle. They employ a slick-looking briefcase design with individual charge meters that make it easy to check charge status when charging off of the scooter.

The batteries also feature a reversible connector on the bottom, meaning they can be placed in the scooter in either direction – just another small convenience. 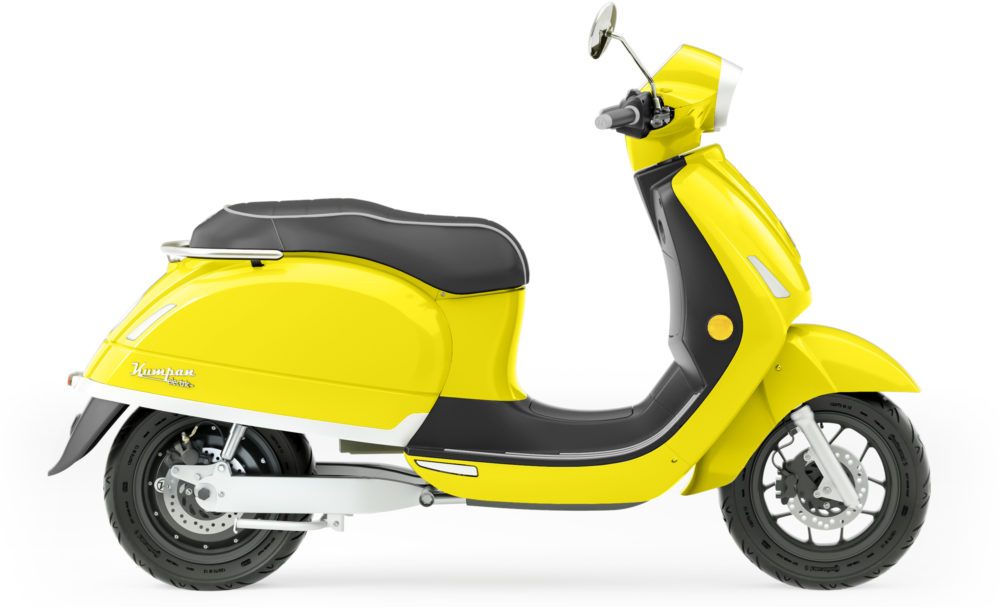 The scooters also feature the 1954Ri Sport’s large-format color touchscreen for controlling scooter settings and displaying important ride stats like speed, battery capacity (measuring and displaying each of the three batteries independently) as well as offering buttons for operating mechanical tasks such as opening the under-seat storage and rear trunk.

On the mechanical side, the Kumpan 54 Inspire features front and rear hydraulic suspension and hydraulic disc brakes, plus a Kumpan Key app that allows keyless operation as well as over-the-air updates to the scooter. A full line of accessories is available including a windscreen, electrically opening trunk box, 360-degree crash bar, and a number of aesthetic and personalization options. 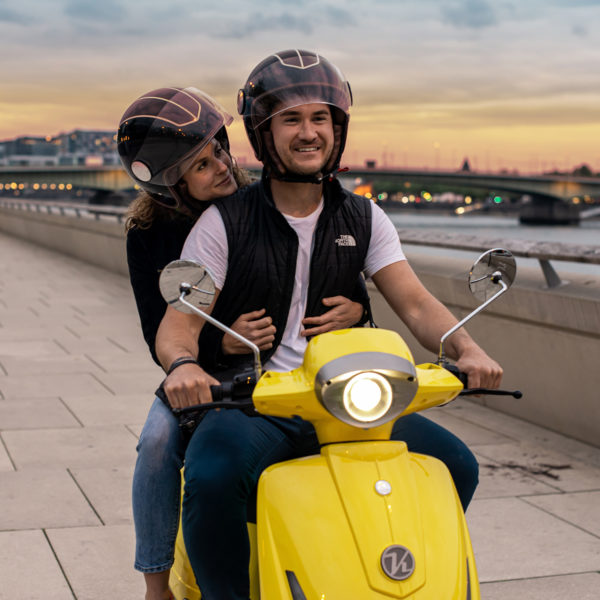 Commenting on the launch of the new Kumpan 54 Inspire in a statement provided to Electrek, Kumpan Co-founder Patrik Tykesson explained:

After two years on the market with our 1954RI we are proud to present a new scooter model that combines great driving pleasure with practicability; allowing you to get through traffic faster and more agile. The Inspire is robust, reliable and can be charged comfortably at any power outlet. If you also want to be an e-mobility pioneer, we are the right choice for you!