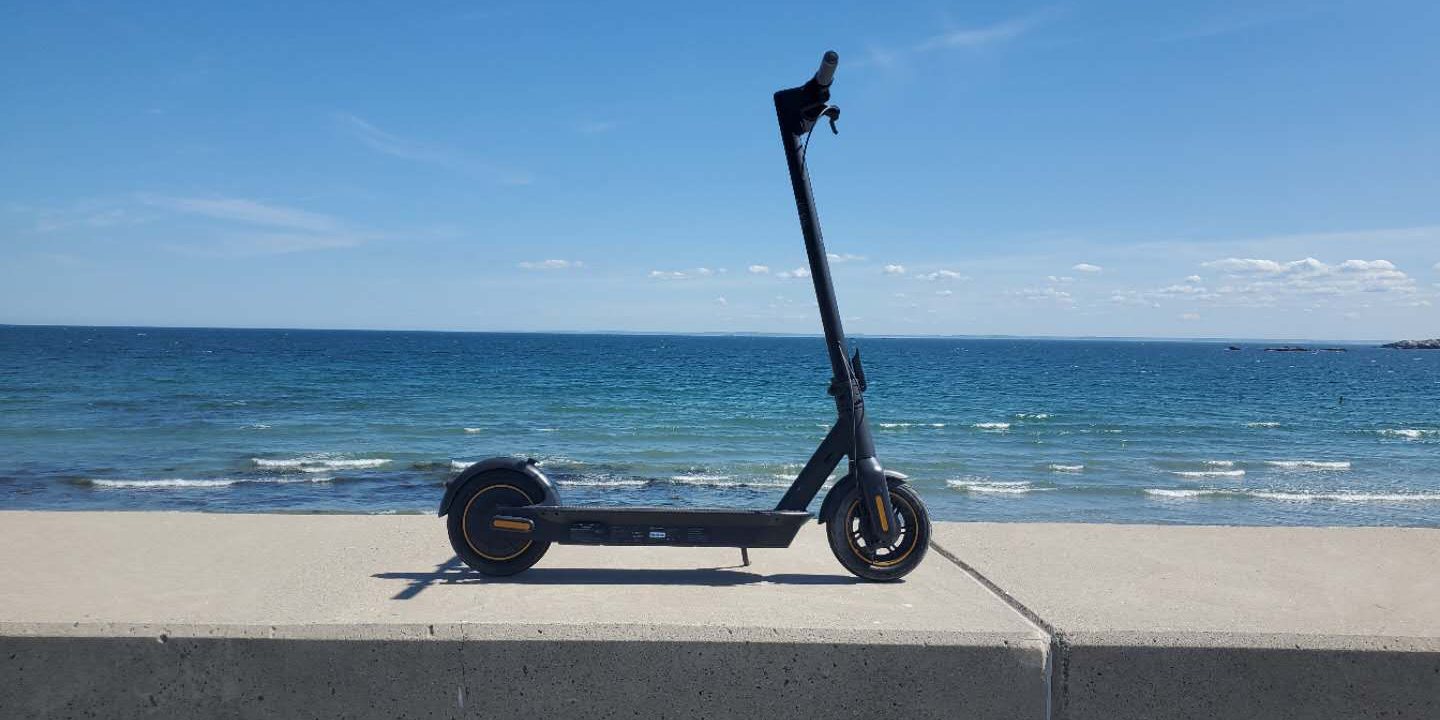 While most electric scooters are used for last-mile type trips as urban transportation solutions, they can occasionally be seen making much longer journeys. Case in point is the first known trans-America electric scooter trip, which was just completed yesterday.

The feat was sponsored by Segway, who provided Graham Pollard with six of Segway’s Ninebot KickScooter MAX electric scooters for a coast-to-coast trip.

The MAX scooters were an upgrade to the early Segway M365 electric scooter and boosted the maximum range to around 25 miles (40 km) per charge. Graham completed the trip in just over two months, swapping out scooters as each battery was depleted to avoid waiting around while the scooters charged.

Graham’s two friends Brandon Bedford and Christian Boyle followed along in a support van, though Graham himself mostly stuck to the TransAmerica Trail, a bicycle trail that runs across the US.

Graham’s goal for the trip was to raise funds for COVID-19 relief for his local camp William Lawrence.

Segway hosted the trio for a celebratory event in Florence, Oregon, yesterday, where they marked the first successful trans-America electric scooter journey.

As Graham exclaimed shortly after crossing the finish line of the journey:

Now that we have finished I am beyond thrilled about the journey we completed. I built a lot of character, had some once in a lifetime experiences, and met some amazing people along the way. Above all else, I am stoked to have proven that the Ninebot KickScooter Max is capable of making it across the country, and to become the first person to have completed such a challenge!

At the event, Segway also teased the US launch of their new electric moped, the Segway eMoped C.

Unlike many of the electric “nopeds” we’ve seen recently, Segway’s version is a true moped with functional pedals.

However, like most of these modern electric mopeds, the pedals are largely vestigial with riders placing their feet on the floorboard of the moped.

The top speed of 15.5 mph (25 km/h) would keep the Segway eMoped C classified as a class 2 e-bike in the US. That would allow it to ride in just about any bike lane or public street.

Last year Segway confirmed that there would be multiple versions with different battery packs offering ranges of 25, 37, and 46 miles (45, 60, and 75 km).

It appears that Segway plans to bring the longest-range version to the US, with a release date set for Q4 of this year.

First of all, congratulations to Graham and his team for the impressive feat of a 4,000-mile (6,400 km) scooter trip! I recently did my own (much shorter) scooter trip where I tested the 62-mile (100 km) range claim on the EMove Cruiser electric scooter, and after three hours of scooting I actually found that the scooter exceeded the claimed range (see my video below).

Even just three hours of riding a scooter was a bit draining; I can’t imagine doing it for two months!

I also think the news of the Segway eMoped C coming to the US is exciting as well. I wish they’d make a US-specific version with a higher speed of 20 mph (32 km/h) instead of sticking to the Chinese version that conforms to China’s 15.5 mph (25 km/h) speed limit.

But who knows…. there’s still time.