Segway-Ninebot has been on a roll lately with product announcements as it expands into new transportation categories. The latest new Segway-Ninebot products in the spotlight are a fleet of electric mopeds, Vespa-style seated electric scooters, and even a tease of a Segway-Ninebot electric motorcycle.

Segway-Ninebot’s electric scooters, which get the imaginative name “Ninebot eScooter,” might look a bit familiar to you if you’ve been following the news lately.

Unlike the NIU M-series electric scooter, though, the Ninebot eScooter comes in five different models with increasing performance levels.

For those content with the slowest base model, expect to get an estimated range of around 60 km (37 miles).

The top-end Ninebot eScooter, on the other hand, has the option for dual battery operation and offers a maximum of range of 200 km (124 miles) when using both batteries. Keep in mind, though, that these estimates aren’t at top speed, which uses considerably more battery capacity.

If you prefer your scooter with pedals, Segway-Ninebot has you covered there as well. The company has also unveiled a line of electric mopeds known as the Ninebot eMoped. They are styled more similarly to common electric bicycles/scooters found across China, offering a scooter-like experience while retaining pedals that technically help it qualify as an electric bicycle.

Just don’t expect these Ninebot eMopeds to be as fast as the Ninebot eScooters detailed above. They have a maximum speed of 25 km/h (15.5 mph), which could help them meet e-bike regulations in China and Europe.

Both the Ninebot eScooters and the Ninebot eMopeds will include the “keyless Ninebot Airlock system,” a feature that allows the rider to unlock the vehicle using his or her phone. Each vehicle will also come standard with a pre-installed GPS anti-theft system that can notify the rider’s phone if the vehicle has been moved, and maintain real-time tracking of the vehicle’s updated location to assist in recovery. 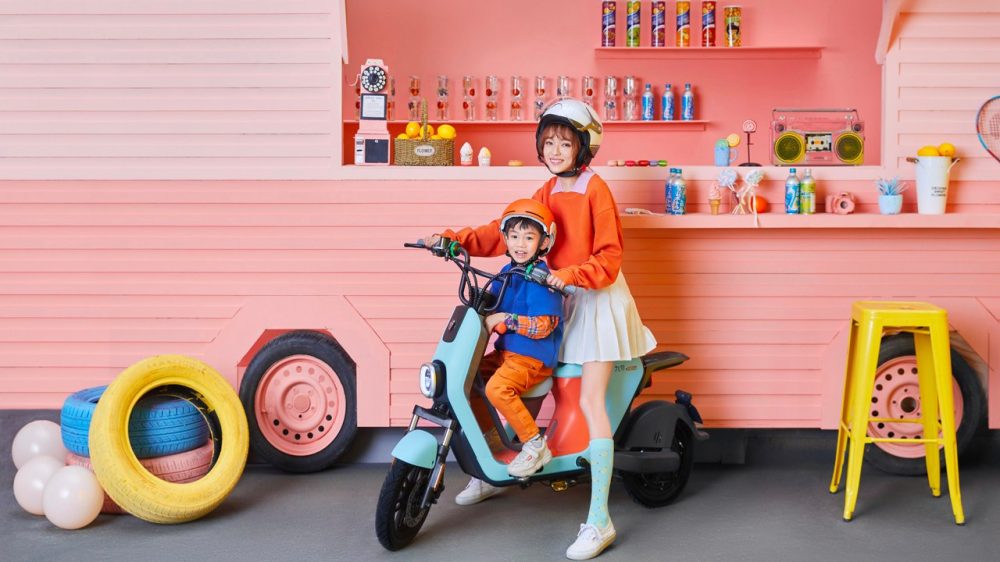 “We are introducing our electric bikes with ‘true intelligence,’ with the goal of providing our customers with cutting-edge technologies and smart functions that make their rides more comfortable and convenient,” said Luke Gao, CEO of Segway-Ninebot, according to PCMag. Unfortunately he didn’t elaborate on pricing for the eScooters and eMopeds, so we’ll likely have to wait for the vehicles’ debut at CES 2020 next month for those figures.

While the above electric scooters and mopeds are destined for production, the company also showed off a concept electric motorcycle with a reported top speed of 200 km/h (124 mph).

The Ninebot Apex, as it is called, doesn’t have any production plans at the moment, but demonstrates that the company certainly has its eyes on the larger powersports market.

[Update: Segway reached out with the following comment regarding the Segway Dirt eBike:

“The Segway Dirt eBike is part of Segway’s move into a new market segment—powersports. This specific model is custom designed and manufactured according to Segway’s high standards. Segway collaborated with Sur-Ron on the Segway Dirt eBike, who specifically contributed to the aesthetic of the bike, which is why it shares a similar look with other Sur-Ron lines. The new Segway Dirt eBike also includes exclusive features such as Segway’s Smart App to make the eBike smart, enabling users to see riding stats, track routes and pair with Segway accessories through phones. The Segway Dirt eBike also features an electronic throttle control.”

Sure, it’s certainly fair to say that the Sur Ron Light Bee and the Segway Dirt eBike aren’t the same bike. Yet they do share critical components like the frame, motor, battery, controller, transmission, etc. So perhaps it is more fair for me to refer to it as an upgraded Sur Ron than a rebadged Sur Ron.]