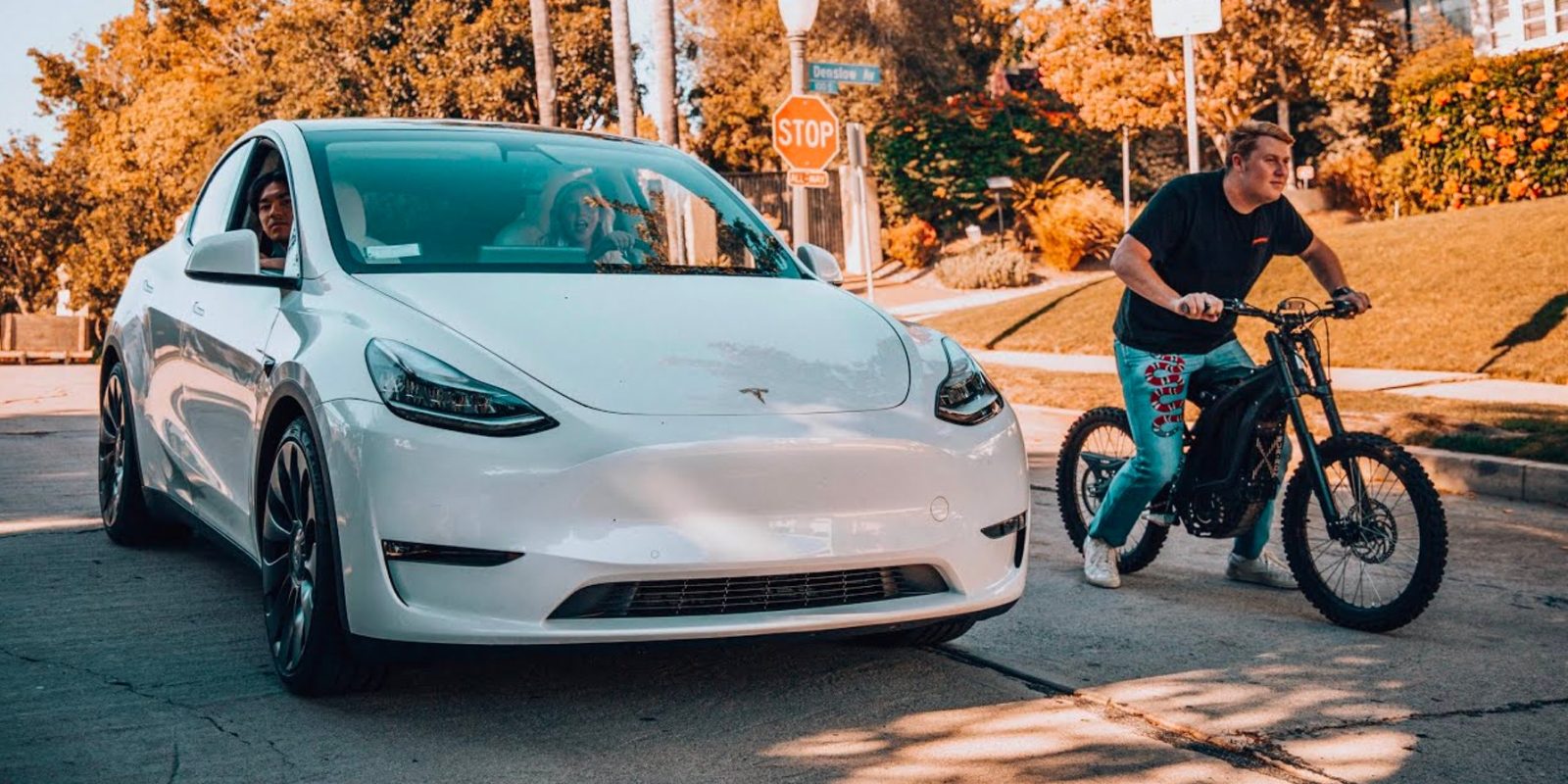 The Sur Ron electric trail bike is likely the best-selling light electric motorcycle in the US. As a benchmark for affordable electric motorbikes, it’s been the star of plenty of matchups before. Those matchups normally pit the bike against other electric motorcycles or even gas-powered motorcycles, but today we were treated to a different type of drag race: a Sur Ron vs. a Tesla Model Y Performance.

And with the cult favorite status of the Sur Ron electric motorbike, it was only a matter of time before the two popular EVs faced off against each other.

As you can imagine, there isn’t much of a contest here. The Sur Ron’s 6kW motor is certainly punchy, as Electrek’s own Fred Lambert quickly discovered in his review of the bike. But that small, air-cooled motor is no match for the north of 450kW provided by the Tesla Model Y Performance.

As you can see in the matchup performed on the Driven by Jordan YouTube channel, the race was over nearly before it began with the Model Y handily besting the Sur Ron.

Impressively, the Sur Ron actually seems to hang with the Model Y for the first 20 meters or so (though a slight false start might have helped). And the bike’s power and torque are both evident from the rider needing to lean far out over the bars to keep the front wheel down.

Though that being said, there are still a myriad of things wrong with this situation. The race is performed on a public road. In a residential area. Downhill. With a bike that isn’t street legal. And a rider that isn’t wearing a helmet. And both drivers are unfamiliar with the new vehicles. Sigh. Need I go on?

So while absolutely nothing about this situation should ever be repeated, it at least gives us a rare chance to see two of the most popular consumer EVs from very different categories demonstrating what raw electric power and torque looks like.

Both of those races were of course much more even contests, while the Sur Ron vs. Model Y showdown had a bit of a power-to-weight ratio mismatch.

You can see the full video below, though I recommend starting at around 8.5 minutes in, unless you’re into watching a bunch of kids display some peak YouTube vlogging.

If you want to see a similarly beautiful white-on-white Tesla Model Y in decidedly more real-world usage, check out Electrek‘s publisher Seth Weintraub’s Model Y Diary series where he details the delivery and testing of his new Model Y.

And lastly, I just want to point out one more time that no one should ever ride one of these Sur Ron bikes without a helmet, especially on public roads. If Simon Cowell could break his spine on a high-powered electric motorbike in his garden, imagine what a street curb could do to you.