Zero SR/F vs Tesla Model 3 electric drag race: The winner might surprise you! 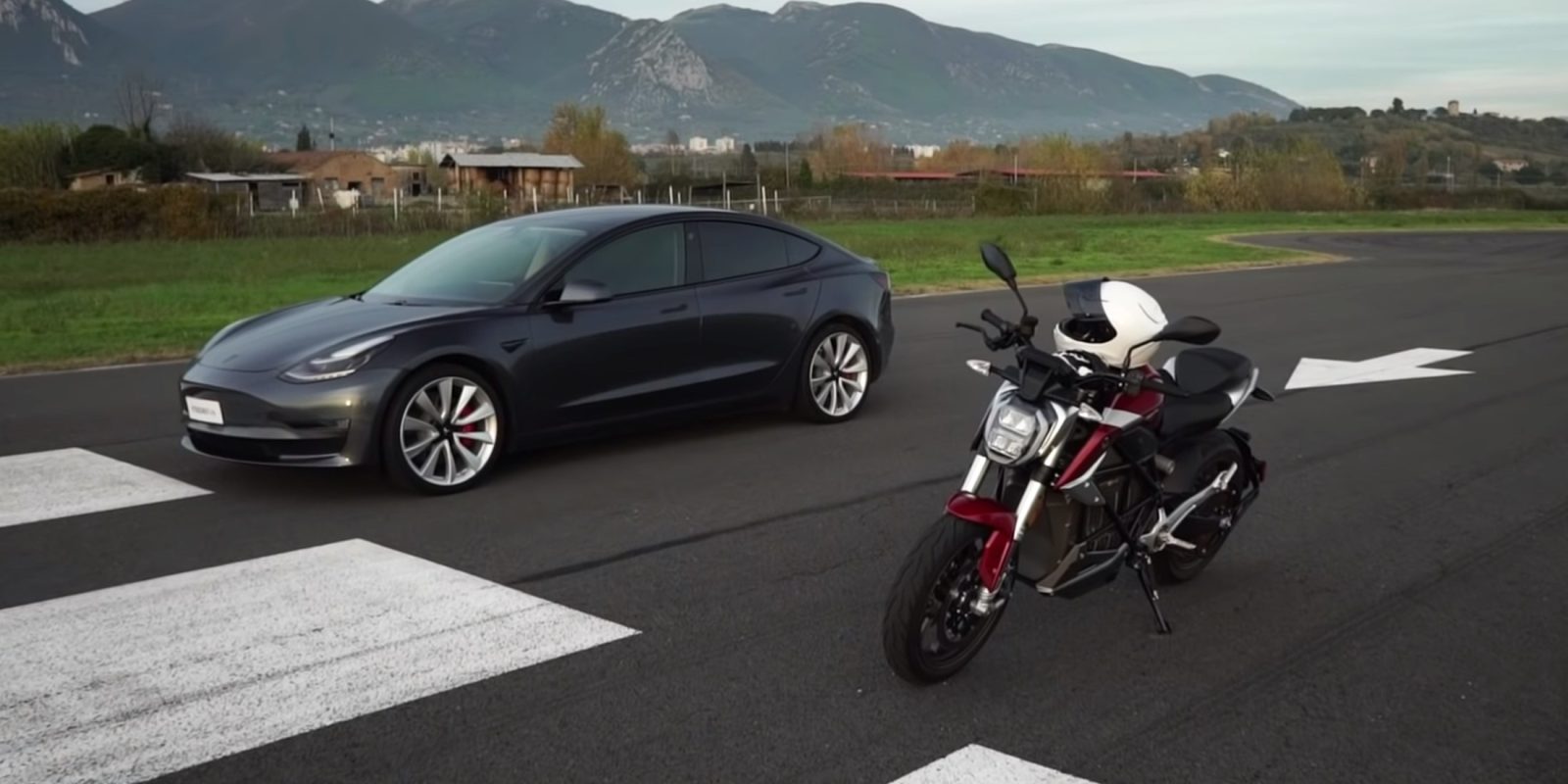 Who do you think would win in an electric drag race showdown: A Zero SR/F electric motorcycle or a Tesla Model 3 Performance sedan?

There’s no need to wonder since this very matchup was performed and you can see the winner in the video below.

In the matchup, InsideEVs Italia put a Zero SR/F electric motorcycle up against a Tesla Model 3 Performance sedan.

The electric car vs electric motorcycle contest set out to see who could cover the quarter-mile first.

And to be fair, it’s not that strange of a matchup since the two made-in-America EVs are both the high-performance offerings of each company.

So while the scales may start to tip towards the Zero in terms of power to weight ratio, the Tesla Model 3 has a few unique advantages of its own. Not only does it offer all-wheel-drive, but it also has a higher top speed of around 250 km/h (160 mph), compared to the Zero SR/F’s limited top speed of just 200 km/h (124 mph).

To make the race as fair as possible, the Tesla Model 3 Performance was run in Track Mode while the Zero SR/F was run in Sport Mode.

So which electric vehicle do you think won the drag race?

Take your pick and then check out the video below (and turn on closed captions for English subtitles).

The Zero SR/F then overtook the Model 3 and crossed the quarter-mile mark about one car length (or two motorcycle lengths) ahead of the Tesla.

To be fair, the quarter-mile race is perhaps a perfect contest for the SR/F. While the vehicles both reached around 183 km/h (114 mph) at the finish, the Model 3 Performance obviously has a much higher top speed than the SR/F. That means if the race had been over a longer distance, the Model 3 likely would have had time to catch up with the Zero SR/F and then retake its original lead.

And while this was just a fun contest to compare two of the top-performing models of electric cars and electric motorcycles on the market, it certainly shows how powerful EVs are and their ability to dominate automotive performance.