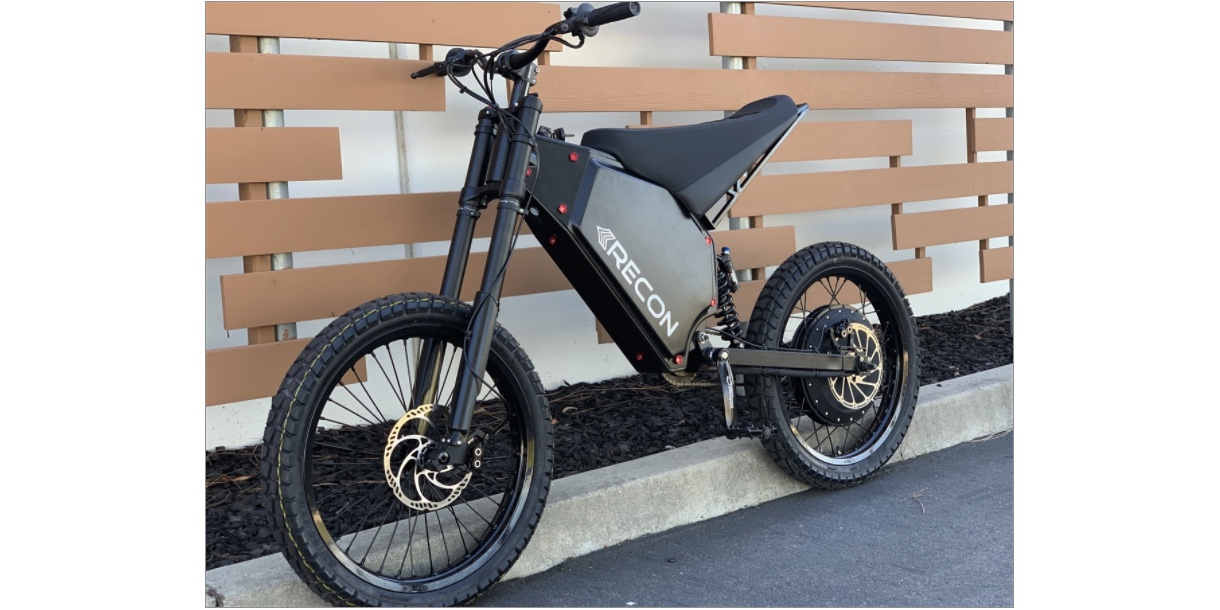 TV personality and talent seeker Simon Cowell got a new e-bike. The Daily Mail reports it was an $8,500 CAB Recon (pictured above), which CAB Motorworks claims is “the most powerful production electric bicycle on the planet.” It’s capable of going more than 60 mph. So really this is a motorcycle with pedals.

But then Cowell fell off his bike at his Malibu, California, home on Saturday and broke three vertebrae his back. According to the Sun, he accidentally pulled a wheelie and it sounds like he was thrown from the back of the bike. He’s now undergone surgery to insert a steel rod into his spine and is recovering. He barely avoided being paralyzed.

Some good advice… If you buy an electric trail bike, read the manual before you ride it for the first time.

So e-bike riders in the US have access to a lot more power, and regulations are looser. US people (and you too, UK folks), read the manual, wear a helmet, and ride carefully.

But let’s keep it real here. That is a 20kW motorcycle, almost 100 times the ebike power allowed on European roads and 30 times what is allowed on US roads, so anyone who says this is an e-bike accident and not an motorcycle accident didn’t read the manual either.

Editor’s note: Some sources — including the Daily Mail, which updated their story — are now claiming that Cowell was actually riding a Swind EB-01, which costs $21,500.

The Japanese MV Wakashio, owned by the Nagashiki Shipping Company and operated by Mitsui OSK Line, began spilling oil into the sea off Mauritius on July 25 after hitting a reef near the Blue Bay Marine Park. This is Mauritius’ first oil spill — a country with a population of 1.3 million people. Mauritian Prime Minister Pravind Jugnauth has declared a state of emergency, and it’s appealed to the UN for urgent aid. France has sent help to the island.

Around 1,000 metric tons of oil have leaked, with 500 metric tons salvaged and some 2,500 metric tons remaining in the water. The oil spill is near the Blue Bay Marine Park, known for its superb corals and diverse species of fish.

Residents of the Indian Ocean island nation, which relies heavily on tourism, are doing everything in their power to contain the oil. Locals are making absorbent barriers of straw stuffed into fabric sacks and making booms to float on the sea out of sugar cane leaves, plastic bottles, and hair that people are voluntarily cutting off.

All the volunteers are covered in black. We will never be able to recover from this damage. But what we can do is try to mitigate as much as we can.

Nagashiki Shipping takes its environmental responsibilities extremely seriously and will take every effort with partner agencies and contractors to protect the marine environment and prevent further pollution.

It is the largest electric fleet of buses in the CARICOM region, in the Caribbean certainly.

And as soon as possible as we can get these buses commissioned, they will be available and on the roads to transport the people of Barbados.

Once driver training is completed, the buses will be put into use. The Government of Barbados says it is not indebted to anyone for the purchase of the 33 e-buses.

I will also lay out within one week’s time how those electric buses are going to be deployed across Barbados. I am going to tell you how much money the Government of Barbados paid for the buses. I will also tell you how much money was spent in the electrical infrastructure and I will also give this House the assurance that we will answer any questions put to us in respect of the electric buses because we have absolutely nothing to hide.