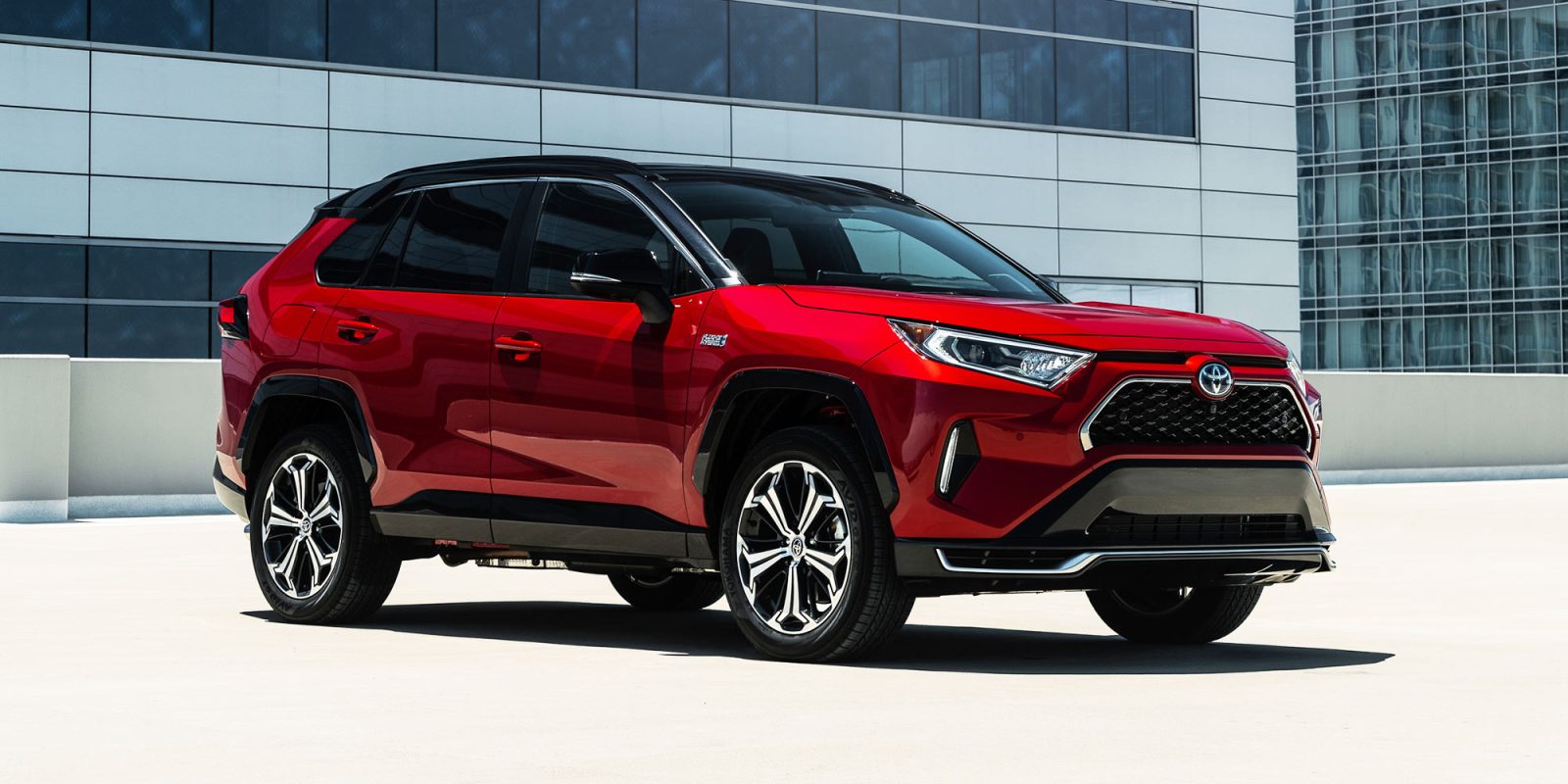 As far as plug-in hybrids go, 42 miles on a single charge is pretty damn good. A lot of commuters could refrain from using gas for weeks or months. Put that in a popular crossover model, and you could have a hit.

That’s what Toyota is betting on by setting a $38,1000 starting price for the RAV4 Prime. Local incentives will knock the price further down. Check local dealers for lowest prices and inventory.

Toyota announced the pricing today. The RAV4 Prime, when it hits the market this summer, will become the SUV plug-in hybrid with the longest EV range. The RAV4 Prime’s 42 miles of all-electric range nearly doubles what’s offered by the Mitsubishi Outlander Plug-in Hybrid and Volvo XC60 PHEV (both with 22 miles). It’s not far off from the 48-mile Clarity sedan, the PHEV with the most range. The Chevy Volt died with 53 miles and the Polestar 1 will have 65 miles of EV range when it launches later this year.

Toyota turns up the appeal by giving the RAV4 Prime some oomph. The powertrain grants up to 302 horsepower with an ability to do 0-60 mph in a projected 5.7 seconds. It’s the quickest four-door model in the Toyota lineup and offers “Electronic On-Demand AWD.”

See below for what comes with the two RAV4 Prime trim levels. Notably, you need to upgrade to the $5,760 Weather with Audio and Premium Package to get the 6.6kW charger. Otherwise, the 3.3kW onboard charger will require about 8 hours (best guess) to do a full restore of the 42 miles of range. There is no DC fast charging here.

As on the current RAV4 Hybrid XSE, the Prime version (starting MSRP of $41,425) of this grade stands apart with an available two-tone exterior paint scheme pairing a black roof with select colors, including the striking new-to-RAV4 Supersonic Red. Other standard features include:

Toyota is notorious for its anti-EV stance. But it just might have delivered a plug-in hybrid that can convert a ton of driving into EV miles.

The company deserves some credit for a compelling combination of decent EV range, power, and price.

The Prius Prime, with its frumpy design and lackluster performance, was the second most popular plug-in car last year in the US. It was only outsold by the Tesla Model 3 and racked up nearly four times as many purchases as the Honda Clarity.

So we’re happy to give a qualified thumbs-up to Toyota on this one. Let’s just hope that Toyota figured out its Plug in Hybrid technology this time around and the ICE doesn’t kick in all the friggin’ time.

Now, just think what Toyota could do if it made a legit stab at a mainstream EV. (And if it dropped that damn lawsuit, along with GM, against California zero-emission rules).