Climate Crisis Weekly: How did US politicians recognize Earth Day (or not)? 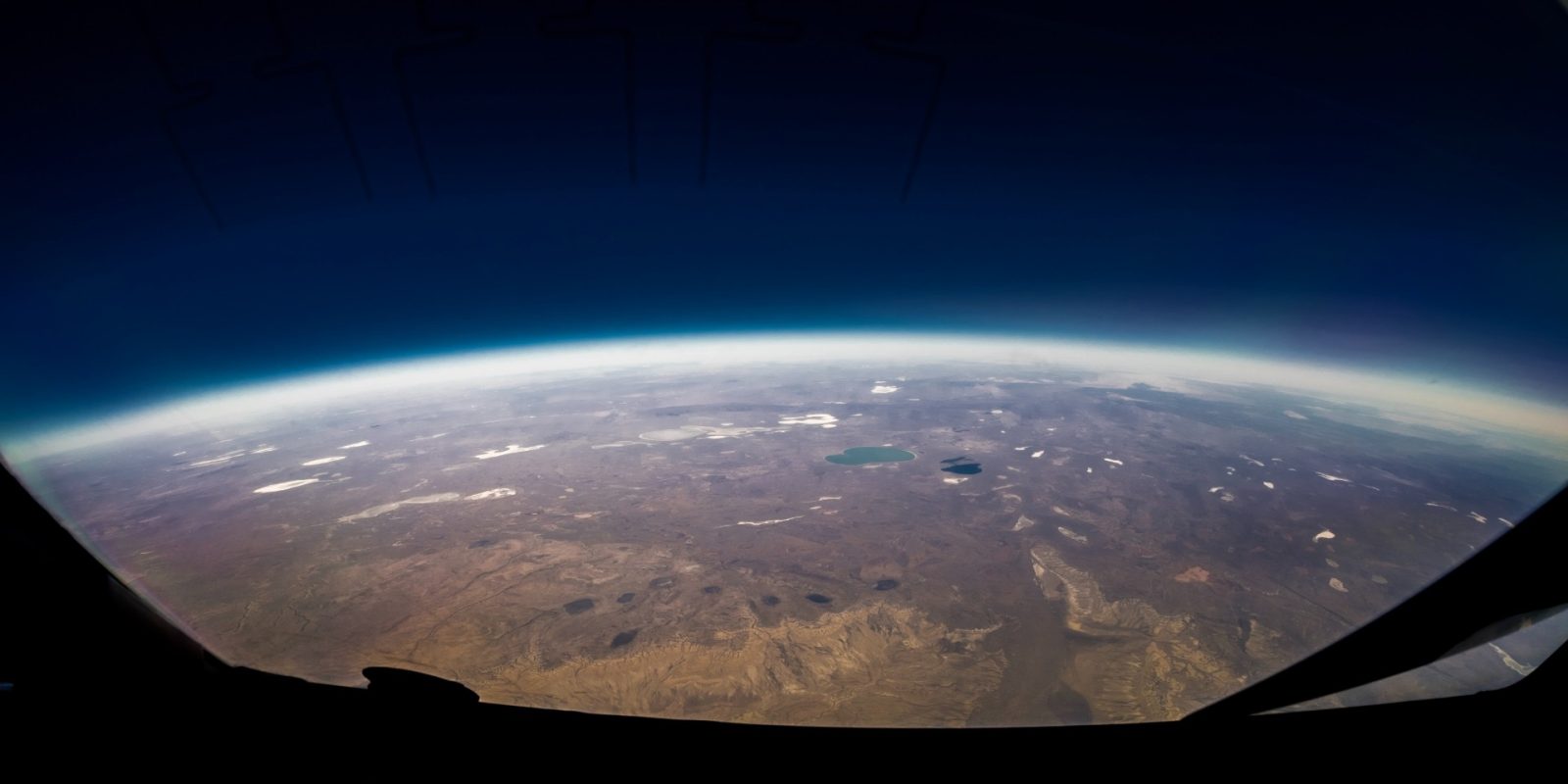 Wednesday was the 50th anniversary of Earth Day, and people all over the world took part in virtual activities and made statements about the importance of protecting our planet, which is the whole point of Earth Day. So how did US leaders and legislators mark Earth Day (or not)? We took a look at some tweets:

President Donald Trump planted a tree. He talked a lot about his 1 trillion tree initiative and national parks opening up (the parks opening isn’t really relevant to the concept of Earth Day, but OK).

Words that were NOT said at the ceremony: Climate. Climate change. Green energy. (Oh, and the Trumps, the Pences, the interior secretary, and the EPA head didn’t practice social distancing.)

Trump's Earth Day plans? Ignore science, exploit a pandemic to roll back environmental protections, and hand out favors to the fossil fuel industry.

Let us celebrate the 50th #EarthDay by standing together and tackling these crises head on. pic.twitter.com/iVRrZQy1Hx

It’s been 50 years since we celebrated the first #EarthDay.

And this year like every year, we all have to come together for our planet.

Because there is no Planet B. We have to fight climate change. And we have to act now.#EarthDay50

Vice President Mike Pence: Spoke at the tree-planting ceremony (about trees), posted nothing on Twitter.

US Senate Majority Leader Mitch McConnell (R-KY): Nothing on Twitter. No statements that I could find.

Fifty years ago, #EarthDay began as a day of organizing that demonstrated the power of community action. This year, it’s also a reminder of everything that’s on the line if we do not get Donald Trump out of the White House. https://t.co/IkZPE983fO

We have the power to change the future of our planet — and it starts at the ballot box this November. pic.twitter.com/9COHq8TRZ8

This #EarthDay, House Democrats stand with people around the world calling for thoughtful, science-based leadership that puts the health and well-being of our families first. https://t.co/14uZJyOZ60 pic.twitter.com/IIwXneltnp

House Minority Leader Kevin McCarthy (R-CA) talked about trees on Twitter, and he was at the ceremony. (Electrek’s Take: The Republicans’ only plan is trees. Trees are great, but they’re not going to single-handedly solve climate change — especially when fossil fuels are getting a boost and the EPA is rolling back regulation after regulation.)

Today at the @WhiteHouse, we planted the first of one trillion trees. Worldwide, that many trees will remove the equivalent of two-thirds of all man-made carbon since the Industrial Revolution.

Tomorrow will be better than today, and America will lead the way. #EarthDay pic.twitter.com/4VtTgd9rvx

The Senate Democrats hit hard against the current administration:

For 50 years, #EarthDay has been about people worldwide pushing for environmental protections based on sound science.

And finally, the Senate Republicans tweeted what was basically a holding page. Who knows what they meant by “energy innovation”?

On the 50th anniversary of Earth Day, we pay tribute to our Nation’s hard work of environmental conservation and energy innovation.#EarthDay2020 pic.twitter.com/UJAygqQ3cu

The Florida Aquarium in Tampa has made a breakthrough that may help save the world’s third-largest coral reef, the Florida Reef Tract. The reef is under siege by warmer water, acidification, and Stony Coral Tissue Loss Disease.

Researchers have successfully reproduced ridged cactus coral in a laboratory. It’s one variety of species that was rescued after the 2014 disease outbreak. The parent corals came from the Florida Keys in a rescue project led by the Florida Fish and Wildlife Conservation Commission and National Oceanic and Atmospheric Administration Fisheries.

Scientists are now breeding and reproducing the adult coral colonies in the hope that they can restore the reefs once the disease is gone.

The American Lung Association’s 21st annual State of the Air report warns that climate change is undercutting decades of regulatory progress that has reduced pollution. This is because more frequent and intense heatwaves and wildfires are leading to more days with dangerously high levels of ozone and particulate matter.

The “State of the Air” 2020 report adds to the evidence that a changing climate is making it harder to protect human health. The three years covered in this report ranked among the five hottest years on record globally. High ozone days and spikes in particle pollution followed, putting millions more people at risk and adding challenges to the work cities are doing across the nation to clean up.

Nearly 5 in 10 people — 150 million Americans or approximately 45.8% of the population — live in counties with unhealthy ozone or particle pollution.

The Clean Air Act must remain intact and enforced to enable the nation to continue working to protect all Americans from the dangers of air pollution.

If you click on the link above, you can go to the pull-down menu on the page to select your location to view data by state, county, and metropolitan statistical areas.

Did you know that Pope Francis is an environmentalist, recognizes climate change, and wants the world’s nations to act urgently to stop it? He wrote a major encyclical in 2015 on the defense of nature and the dangers of climate change.

We see these natural tragedies, which are the Earth’s response to our maltreatment. I think that if I ask the Lord now what he thinks about this, I don’t think he would say it is a very good thing. It is we who have ruined the work of God.

He also said it was necessary for young people to “take to the streets to teach us what is obvious, that is, that there will be no future for us if we destroy the environment that sustains us.”

You don’t have to be Catholic, or even religious, to appreciate Pope Francis’ message, if you care about our planet.

Speaking of young people taking to the streets, environmental activist Greta Thunberg delivered her Earth Day message as well in a streamed event (you can watch it in full here). Thunberg and environmental science professor Johan Rockström met for a digital conversation about courage, solidarity, and opportunities in times of crisis, which was streamed from the Nobel Prize Museum in Stockholm.

She made the point that two crises — the climate crisis and the coronavirus pandemic — now had to be tackled at once:

Whether we like it or not the world has changed, it looks completely different from how it did a few months ago and it will probably not look the same again and we are going to have to choose a new way forward.

Here’s Bloomberg’s Quick Take of Thunberg’s streamed event if you don’t have time to watch it in full:

There was another, more sobering, anniversary this week, and that was the 10th anniversary of the BP Deepwater Horizon oil spill in the Gulf of Mexico. Actor and environmental activist Ted Danson wrote an op-ed for CNN on why that oil spill should have been a wake-up call, and how he came to be an activist. You can read his op-ed in full here, but here’s an excerpt:

My interest in ocean conservation began on a day in 1987 when I decided to take my daughters — who were four and eight at the time — swimming at the beach near our home in California. We were running toward the water when we were stopped by a sign that read, ‘No swimming, ocean polluted.’

The same was true 10 years ago, when beaches along the Gulf Coast were coated in oil, and tourists stayed away. We can’t let that happen again. We need to tell this administration to halt its reckless plan to expand drilling.

Parents should never have to explain to their children that they can’t go swimming because their government sold out their oceans to the highest bidder. If Trump’s drilling plan moves forward, we face oil spills, industrialization, ecological degradation, and the destruction of a way of life. That’s on top of the pain so many are already suffering because of our current crisis. That would put us in a worse place indeed.

#FridaysForFuture looked a little different this week, as things change rapidly under the shadow of the coronavirus pandemic. In short, more masks. But many, many people, fortunately, still persist in the fight for our planet. And we will continue to spotlight them.

And poignantly, Milan, who has been one of the hardest hit by COVID-19. It translates to: “We won’t go back to normal, because normality is the problem!”