Politico published a story this week that’s taking the internet by storm, and it’s timely, with ExxonMobil in a federal court in New York. Titled, “The New Science Fossil Fuel Companies Fear” by Zack Colman, it explores the concept of attribution science. Colman explains it as follows [excerpted]:

By 2013, roughly a decade after [academic Richard] Heede began his search… to find out how many greenhouse gases the world’s fossil fuel companies, cement-makers, and other industrial giants had pumped into the atmosphere since the Industrial Revolution… he had his answer. Just 90 companies had contributed nearly two-thirds of the world’s industrial emissions. He could even pinpoint the share of those emissions for which companies existing today are responsible.

In effect, Heede had established a pillar of a new field of research, now known as attribution science.

Attribution science has the effect of moving the blame back one step, away from consumers and onto the companies that extracted the oil, coal, and gas that have powered our planet for decades.

The two scientific breakthroughs — the ability to link global warming to the intensity of storms, rising sea levels, and worsening heatwaves combined with the ability to trace historical emissions to individual companies dating back to the Industrial Revolution -— have laid the legal groundwork for a string of lawsuits getting under way in coming months.

Colman rightly recognized what could be a pivotal moment in the fight against climate change: How attribution science holds those responsible accountable. Successful lawsuits could change behavior by hitting those responsible where it hurts: in their wallets.

The Lancet, a weekly peer-reviewed general medical journal, is one of the oldest, most prestigious, and best known general medical journals in the world. And yesterday, its editor-in-chief, Richard Horton, called on health professionals to engage in non-violent social protest against the climate crisis. He called it “the most existential crisis facing the human species.”

As Electrek has previously reported, air pollution as a result of fossil fuels kills more people than smoking.

Here’s Horton in his own words:

The editor of @TheLancet, one of the most prestigious medical journals in the world, has come out officially asking all health professionals to engage in non-violent social protest to protect people from the climate & ecological breakdown.

Yes you heard that right. pic.twitter.com/a2pflR7pXf

The British government will issue green (literally, the color green) license plates to EVs. This is to encourage drivers to buy zero-emissions cars in order to combat the climate crisis.

Those with green plates would get special privileges like free parking or access to clean air zones, or the ability to drive in bus lanes.

Elizabeth Costa, a senior director at the government’s Behavioural Insights Team, said, “We think making the changing social norm noticeable will help encourage more of us to swap our cars for cleaner options.”

The UK is currently consulting on whether all new homes with parking spaces should have mandatory electric car charge points. The country wants to ban the sale of fossil-fueled cars after 2040.

Bees of Europe: breathe a little easier. European parliament has vetoed legislation that would weaken the protection of bee colonies from harmful pesticides. 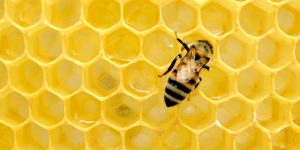 MEPs instead said that a 2013 European Food Safety Authority (EFSA) guidance document should be implemented. The guidance, according to the Guardian, seeks both to protect bees from adverse effects from a single exposure or multiple exposures over a short period of time, known as acute toxicity, and also long-term exposure.

Bas Eickhout, a Dutch Green party MEP, said, “Bee populations are suffering everywhere, largely due to the use of pesticides, with major consequences for our ecosystems and food supplies.”

Bees pollinate more than 80% of crops and wild plants in Europe. Last year, the EU banned the world’s most widely used insecticides, neonicotinoids, from all fields.

A new report from researchers at Carnegie Mellon University asserts that 9,700 additional premature deaths occurred in the US between 2016 and 2018 as a result of pollution.

After declining by 24.2% from 2009 to 2016, annual average fine particulate matter (PM2.5) in the United States in counties with monitors increased by 5.5% between 2016 and 2018. Increases occurred in multiple census regions and in counties that were in and out of attainment with National Ambient Air Quality Standards (NAAQS).

PM2.5 is atmospheric particulate matter (PM) that has a diameter of less than 2.5 micrometers, which is about 3% of the diameter of a human hair. PM2.5 comes from human industry such as coal, oil, and gas, and construction dust. It also comes from forest fires.

We explore channels through which the increase may have occurred, including increases in economic activity, increases in wildfires, and decreases in Clean Air Act enforcement actions. The health implications of this increase in PM2.5 between 2016 and 2018 are significant. The increase was associated with 9,700 additional premature deaths in 2018. At conventional valuations, these deaths represent damages of $89 billion.

PM2.5 kills people by causing respiratory and cardiac problems. It’s no coincidence that the election of climate-change denier Donald Trump in 2016 coincides with this unfortunate turnaround after years of declining particulate matter during the Obama administration from 2009-2016.

As of the time of writing, Louisiana was looking at the potential for having to tangle with Tropical Depression 17 this weekend, which formed Friday morning. If it gets any stronger, she’ll be named Olga. It’s expected to make landfall Friday night or Saturday morning. A flash flood watch has been issued for Baton Rouge and New Orleans until Saturday afternoon.

So, little did Yale Climate Connections know just how timely their article, published on Wednesday, would be, which is about empowering Louisianans who are marginalized to become climate leaders.

From the 9th ward of New Orleans to towns along the bayous, low-income communities of color face some of the greatest threats, but they are often excluded from conversations about climate policy.

They shine the spotlight on LEAD the Coast:

Participants learn the science of global warming and how it is having local impacts. They discuss how race, power, and privilege influence policy, and they join a supportive community of new leaders.

Some participants have gone on to form nonprofits in their communities, and one even testified before Congress about the impacts of climate change.

On Wednesday, ExxonMobil’s comms team sent me an email that included the following statement:

ExxonMobil believes that climate change risks warrant action and it’s going to take all of us — business, governments and consumers — to make meaningful progress. We’re focused on reducing our emissions, helping consumers reduce their emissions, conducting breakthrough research into lower-emission technologies, and supporting public policy, such as a uniform cost of carbon, to reduce emissions at the lowest cost to society.

So how does the oil giant reconcile that with a story by Elliott Negin at Truthout (which was reposted by the Union for Concerned Scientists), which states that ExxonMobil is still bankrolling climate science deniers? Negin writes:

According to the company’s latest grantmaking report, it gave $772,500 to 10 such groups in 2018, which does not include its annual dues to trade groups such as the American Petroleum Institute, which opposes a carbon tax. In addition, ExxonMobil continued to promote gridlock directly on Capitol Hill. Two-thirds of the $1.65 million it spent on congressional election campaigns during the 2017-18 election cycle went to climate science deniers.

Keep in mind that Negin has linked all of his primary sources above — including ExxonMobil’s own grantmaking report. His story then goes into detail about where and how that money was funneled to climate-change deniers. You can read it in full here.

So please do forgive me for skepticism over Exxon’s email statement. We’ll see how it all plays out in federal court in New York.

It’s not just Jane Fonda who’s got staying power. Greta Thunberg‘s Fridays for Future strikes are still going strong, and she’s been in Canada as of late. Last week, she attended a huge rally in Edmonton. The number of attendees was estimated somewhere between 4,000 and 10,000. Around fifty people counter-protested in support of Canada’s oil and gas industry. There were no arrests.

This week, Thunberg is in Vancouver (a C40 city), where she was joined by environmental activist David Suzuki, who talked about the importance of science in fighting the climate crisis. Turnout was also strong in the western Canadian city.

The march will loop around downtown Vancouver to the waterfront and back to the steps of the art gallery, where Greta Thunberg will speak. #ClimateStrike #climatestrikevancouver pic.twitter.com/bEKz0UqcJo