VW CEO Hebert Diess gave an update on the development of the ID.3 electric car, which went on a 1,200 km road trip, as the automaker aims to keep their launch timeline.

In November 2019, VW started production of their ID.3 electric car at its Zwickau factory, which they are completely converting from gasoline-powered car production to EV production.

However, VW said that ID.3 deliveries won’t start until summer 2020 as they accumulate vehicles until then.

At the time, it seemed like an unconventional way to launch a new vehicle, but we have since learned that the ID.3 might be facing some software problems preventing delivery.

Despite those problems, VW claims to still be on track to start deliveries in the summer. The automaker even says it will drop 30,000 ID.3 electric cars at once and employees are also going to test the first cars.

But despite having started production already, the vehicle is still being tested in research & development.

“My new working week starts together with Thomas Ulbrich at the wheel of a Volkswagen ID.3 – our most important project to meet the European CO2-targets in 2020 and 2021. The Corona Pandemic is a challenge for Sales and Production – but also for our Research & Development. We are fighting hard to keep our timeline for the launches to come. In R&D we are now working in two separate teams: morning and afternoon. We wear masks, keep our distance and follow high hygiene standards. Many meetings are now videoconferences. And we are making progress: Thomas just had a test drive over 1200 kilometres with several fast charging stops and was very happy with the performance of the ID.3.”

Diess shared this picture of Ulbrich and himself inside the ID.3: 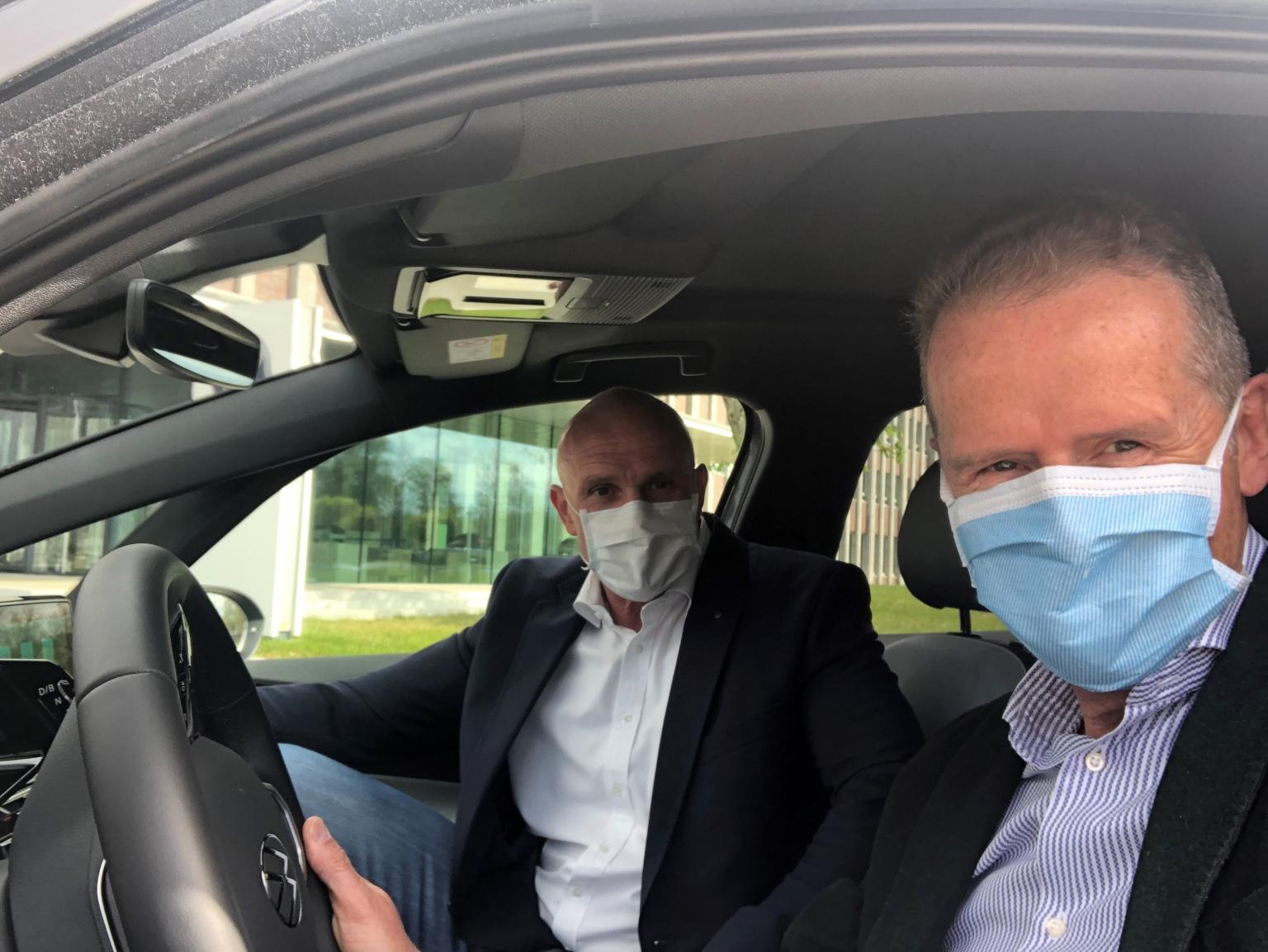 Last year, a spokesperson said that VW is still “fully committed to the goal of producing and selling about 100,000 MEB vehicles in 2020” – and most of them are expected to be VW ID.3 vehicles.

You can read our post for the unveiling for the VW ID.3 last year for all the details.

I am very excited for the VW ID.3. I think it’s going to be a very important vehicle, but I have been confused by their launch strategy.

We keep hearing about software issues, but when they first announced production, they said that deliveries won’t happen until summer 2021 and they claimed that the reason was the accumulation of inventory.

But now they say that they are continuing R&D work on the car and they are “fighting hard to keep the timeline for the launches” even though they already have thousands of cars sitting in parking lots.

Either this is a very strange strategy or there’s indeed something wrong with VW’s software.