VW says it will drop 30,000 ID.3 electric cars at once, will be cheaper than gas cars

VW is preparing to launch the ID.3, its first new electric car based on its MEB platform, and it says it plans to deliver 30,000 ID.3 cars “almost at once” and it claims that it will be cheaper than a gasoline car.

In November 2019, VW started production of their ID.3 electric car at its Zwickau factory, which they are completely converting from gasoline-powered car production to EV production.

However, VW said that ID.3 deliveries won’t start until summer 2020 as they accumulate vehicles until then.

At the time, it seemed like an unconventional way to launch a new vehicle, but we have learned that VW’s ID.3 production was plagued by some software issues.

Now the German automaker says that once it starts ID.3 deliveries, it will deliver 30,000 vehicles almost at once:

“The objective is to deliver the 30,000 pre-booked ID.3 vehicles in the 1st Edition to customers throughout Europe at almost the same time.”

The automaker also briefly mentioned the vehicle’s software, which is going to be the first updateable Volkswagen, without acknowledging any issue:

“This will be the first updatable electric car from Volkswagen based on the modular electric drive toolkit (MEB). During production, the current software version will initially be transferred to the vehicle. Over subsequent months, the digital functions will be regularly updated.”

Furthermore, VW discussed the cost of ownership of the ID.3 and how it compares to similar gasoline cars.

“The cost of ownership analysis shows that, in terms of acquisition and operation expenses,: an ID.3 is less expensive, depending on the model variant, than a comparable internal combustion engine model. The basic version with a range of 330 kilometers costs less than €23,430 in Germany, following deduction of the environmental bonus. It is therefore at least as inexpensive as comparable models such as the Golf Life. In addition, ID.3 drivers in Germany save about €840 per year on operating expenses. Among other items, there is no road vehicle tax, no oil changes are required and the ID.3 is assigned to a less expensive insurance class (class 17). Energy costs are also lower.”

VW plans to start deliveries of the ID.3 this summer in Europe.

The automaker doesn’t plan to launch the electric hatchback in the US because it thinks demand would be too low. 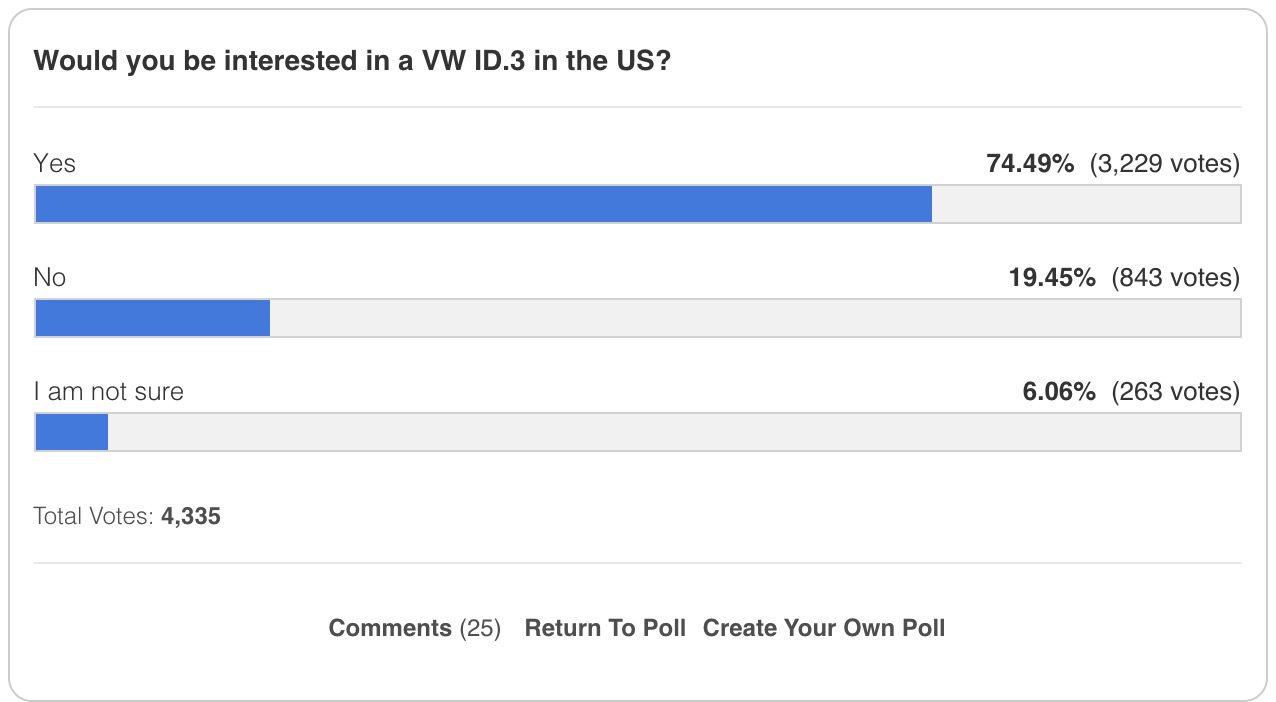