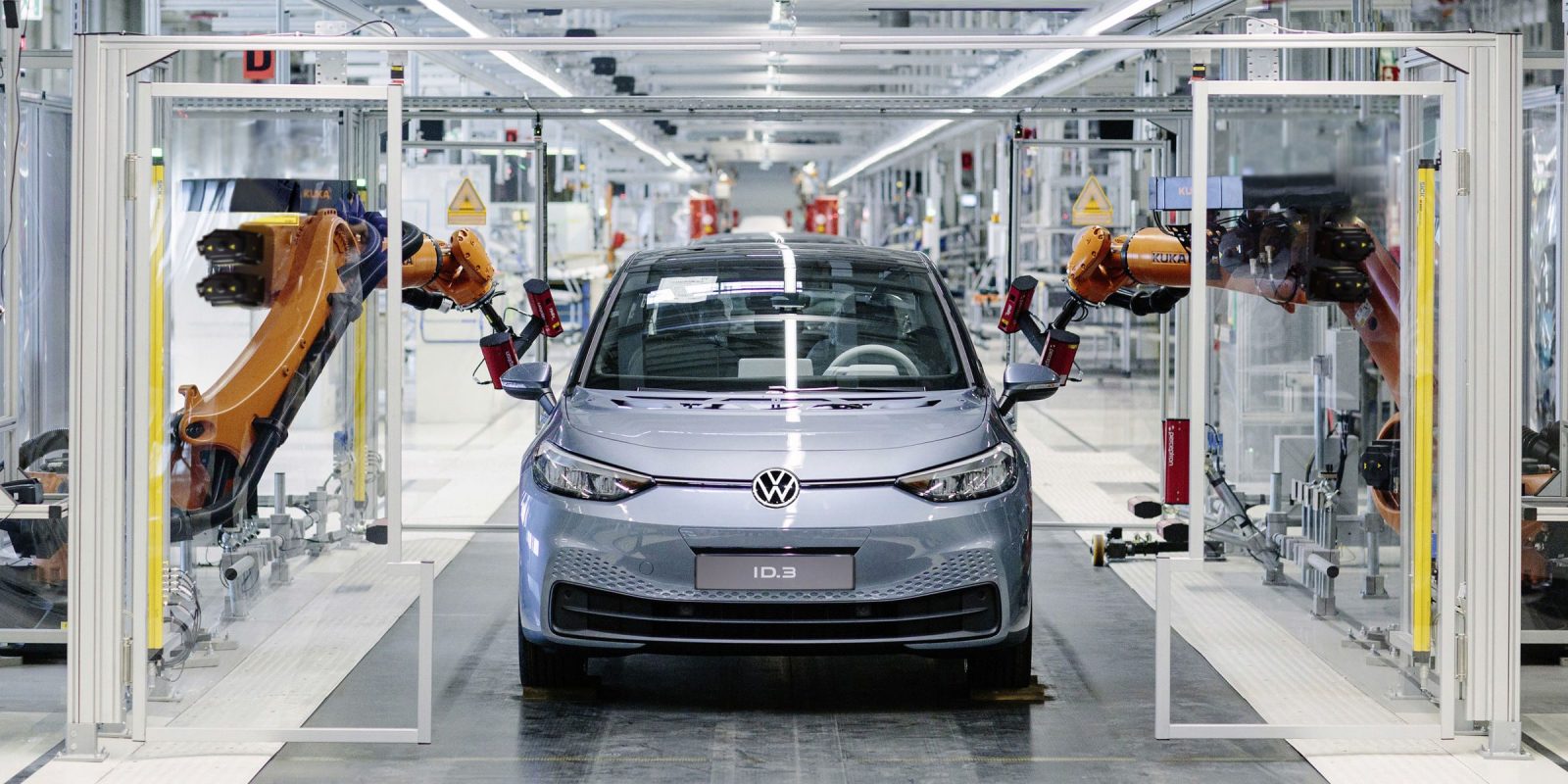 VW has officially started production of the ID.3, its first electric car on the new MEB platform, and it marks the start of the conversion of its massive Zwickau factory from gasoline-powered car production to EV production.

The German automaker unveiled the ID.3, a small electric hatchback, in September earlier this year.

Today, VW announced the official start of production of the ID.3 at its Zwickau plant in Germany.

Volkswagen Group CEO Herbert Diess said at the ceremony for the production start:

The ID.3 will make an important contribution to the breakthrough of e-mobility. It makes clean individual mobility accessible to millions of people and is a milestone for our company on the road to becoming climate-neutral by 2050.

The ID.3 is a high-tech car from a high-tech factory. With some 1,700 robots, driverless transport systems and fully automated manufacturing processes, Zwickau gives a contemporary insight into the shape of forward-looking high-volume production of EVs. Ultimately, though, it is the people who build the cars who are the key to success: Our team in Saxony mastered the two-year conversion phase culminating in today’s SOP with much know-how and dedication. An outstanding team achievement!

Before the conversion, the Zwickau factory was producing several variants of the VW Golf, as well as bodies for the Bentley Bentayga and Lamborghini Urus.

While production is starting right now, VW said that deliveries of the ID/3 won’t start until “summer 2019.”

As we previously stated, the start of production of the ID.3 is important for several reasons.

First off, it’s Volkswagen’s first mass-produced EV, which should have a big impact for EV adoption and also for the EV supply chain.

Secondly, it’s a good sign of things moving in the right direction, because VW is converting a major gasoline car-producing asset, the Zwickau factory, to electric vehicle production.

Many other automakers, especially German automakers, are not willing to go that far and instead, they build their EVs on the same platform as their gas-powered cars in order to be able to produce them on the same manufacturing lines.

If Volkswagen’s move pays off, maybe it will convince other legacy OEMs to do the same.

However, I am bummed out that they are taking almost nine months between the start of production and the start of deliveries. It sounds like it has to do with the new EU emission restrictions.