Tesla Model Y has received its official EPA rating, confirming an updated range of 315 miles on a single charge and making it the most efficient SUV ever.

Last week, when Tesla announced the start of Model Y production and confirmed that deliveries would begin in March, the automaker also claimed that it improved the energy efficiency of the Model Y, resulting in a longer range:

Due to continued engineering progress of the Model Y all-wheel drive (AWD), we have been able to increase its maximum EPA range to 315 miles, compared to our previous estimate of 280 miles. This extends Model Y’s lead as the most energy-efficient electric SUV in the world.

The new range is for both versions of the Model Y currently available to order: the Model Y Long Range Dual Motor and the Model Y Performance.

Now the EPA has updated its website to include the official rating for the Model Y Performance, and it indeed receives a rating of 315 miles on a single charge.

The Model Y also receives an official efficiency rating of 121 MPGe for combined city and highway driving (129 MPGe in the city and 112 MPGe on the highway), making it the most efficient small SUV (crossover) available in the US.

Here’s a comparison with some of Model Y’s competition: 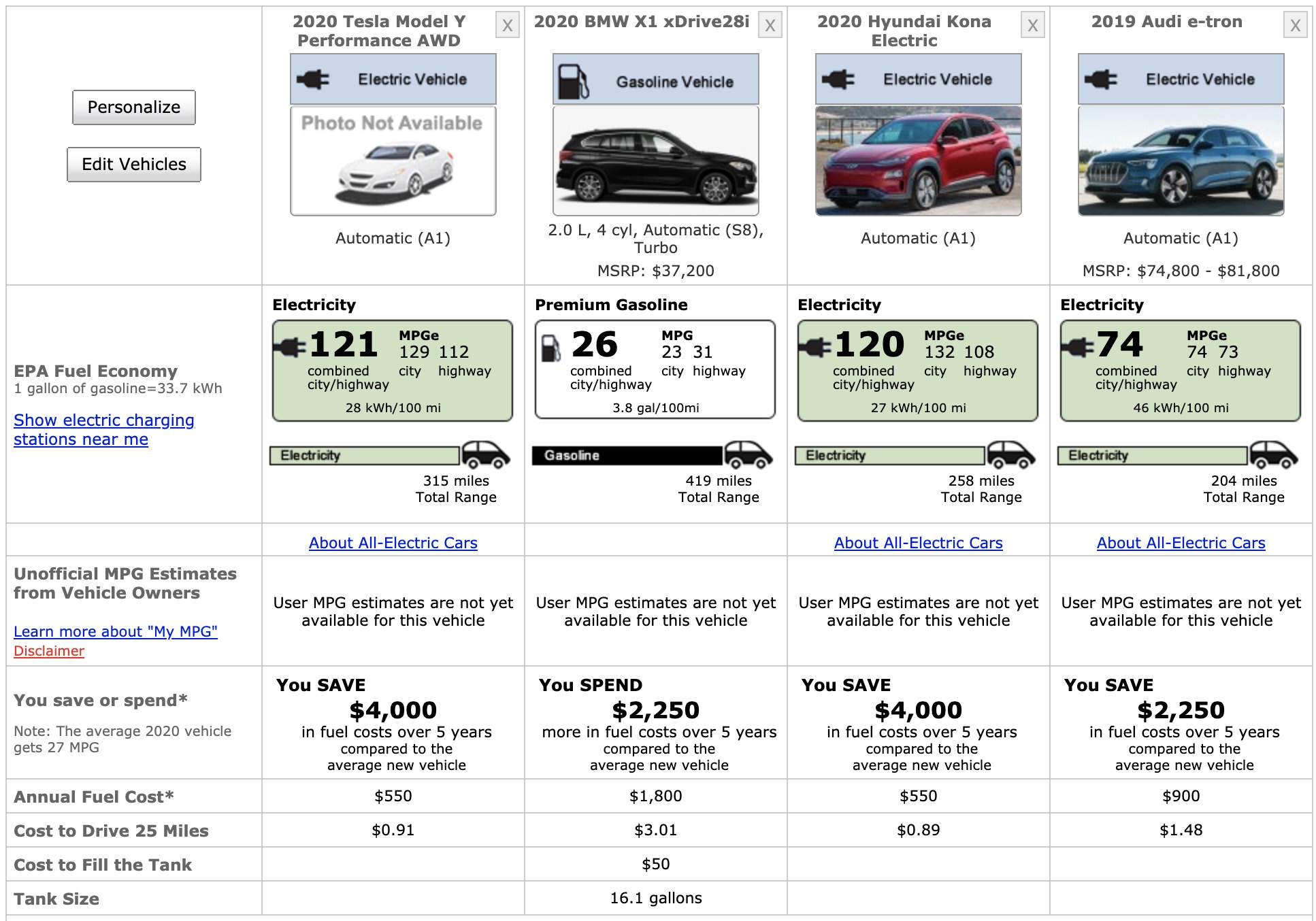 Interestingly, the Model Y is even listed by the EPA as being as efficient or more than all of the different versions of the Model 3 Performance, which is listed with different efficiency based on the various wheel configurations.

On Tesla’s website, only the 19-inch version results in a range of 315 miles on a single charge.

This last comparison is particularly interesting, in my opinion.

If this is accurate, it would mean that Tesla has indeed found some good efficiency gains in the Model Y, which is a bigger vehicle than Model 3, and yet it gets more range under the same configuration.

I would be extremely curious to know what the improvements are that led to these efficiency gains.

My understanding is that the Model Y and Model 3 share the exact same powertrain.

However, Tesla appears to have made some real improvements to body manufacturing with the Model Y. I’d be curious to know the weight of the vehicle.

Another explanation could be that Tesla is playing with the advertised EPA numbers versus what it would be allowed to show. I hope that’s not the case, but it wouldn’t be the first time.