NYC will get curbside EV charging, but ConEd’s pricing will make people sad

Electric vehicle charging in New York City is going to be expensive, and New Yorkers will pay for it even if they don’t use it. Consolidated Edison (ConEd) wants to build 60 curbside electric vehicle charging stations with its ratepayers’ money, and sell that electricity to ratepayers two times over in the same transaction for prices that would equate to between $3.50 and $10 per gallon of gas.

Con Ed is an investor-owned utility responsible for providing a commodity – electricity – to New York City and the surrounding area at prices fixed by tariff and set by the New York Public Service Commission.

53% of NYC drivers can’t charge at home, so curbside charging is needed. In its Executive Summary for its curbside charging implementation plan though, Con Ed sought to differentiate the provision of electricity to EV drivers from any other electric customer by framing it as “an emerging business” known as “charging-as-a-service (CaaS)”. 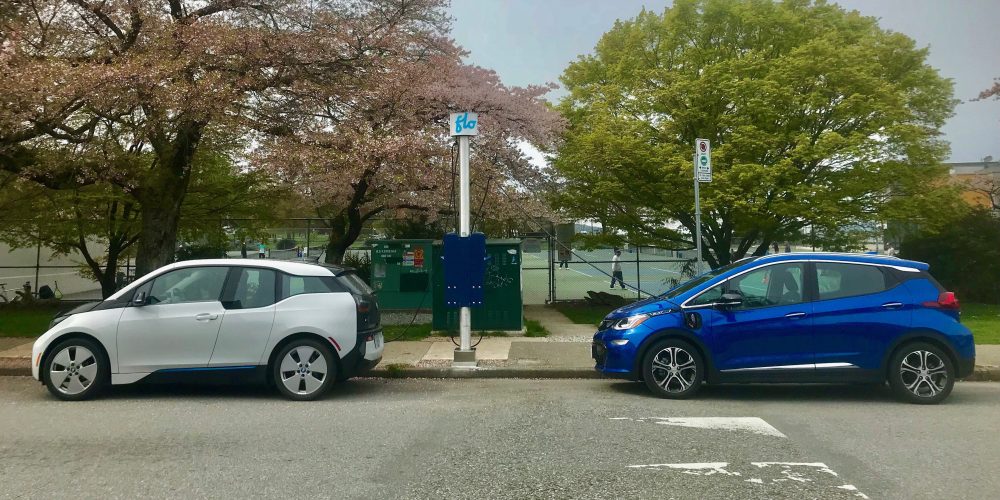 Con Ed will “charge a base rate of $2.50 per hour at the stations, though reserves the right to change this base price as appropriate.”

In its implementation plan submission to the NYPSC, Con Ed wrote the following in a footnote:

$0.40 per kWh for a 6.2kW alternating current connection is an astronomically high price, even for New York City where residents pay $0.21 per kWh at home. For comparison’s sake, Maryland’s Public Utility Commission approved a rate of $0.18 per kWh for utility-owned curbside alternating current EVSEs. That was an actual ‘per-kWh’ rate, not hourly.

Con Ed’s assumption that its $2.50 per hour rate is equivalent to $0.40 per kWh is also highly problematic:

This effectively rules out overnight charging, despite it being a stated aim of the program for NYC residents without access to charging at home.

For example, the Chevy Bolt, Nissan Leaf Plus, and Tesla Model 3 Mid-Range all have batteries between 62-66 kWh in size. Assuming you plugged in at 7pm with 10% battery remaining (a lucky maneuver requiring some planning), you would finish charging by 4am. Assuming you didn’t return to your car until 8am, you would have been billed for 4 hours where you received no power, costing you $10 extra for nothing.

Update: Con Ed tells Electrek that “in meetings with Community Boards since the filing, we have said EVs will be able to park overnight without the charges”. Con Ed also points out that in their original filing, they did write that they and their partners “plan to provide discounts on overnight charging to encourage their use as primary charging for EV drivers without home or workplace charging options. This could be a discount cost per hour, a waiver of costs during hours the vehicle is standing and not charging, or another mechanism.”

The vast majority of PHEVs, and even the Nissan Leaf S trim through 2018, only accept 3.3 or 3.6kW charging, but they will still be charged $2.50 per hour. By Con Ed’s own estimation, they will be paying at least $0.80 per kWh absent any idle period.

Despite this obvious pricing flaw, Con Ed’s submission to the NYPSC actually invokes PHEVs repeatedly, noting that they compromise over half the EVs in NYC. Con Ed goes as far as to establish “PHEV user satisfaction at least 90% by end of demonstration period” as a success metric.

Con Ed gets paid twice for every charge

In Section 5.1 of its outline, Con Ed explains how it is paid twice. First, it will be paid when it sells power to the EVSE. Each of the 60 SmartTwo charging posts will have their own Con Ed account, under either the SC-9 or SC-2 tariff.

Then, Con Ed will be paid a second time, as it receives payment from the retail transaction billed to the customer by Flo, the AddEnergie network.

Having a third party collect payment from the customer is helpful in disguising the fact that a regulated-monopoly utility is side-stepping ratepayer protection laws.

New Yorkers are paying for this project

Con Ed sought to seek grants from Charge Ready NY, which supplies rebates of $4,000 per charging port, but has informed Electrek that it discovered it is ineligible for the grants, however AddEnergie is eligible. Con Ed estimates the cost of the project at $7.7 million.

The loss of public space in New York City

All of the curbside EVSEs will be placed in public rights-of-way managed by NYC’s Dept. of Transportation (DOT). But Con Ed will be given a private monopoly on these public parking spots, and DOT will have no ability to regulate the price for charging on its own parking spaces. DOT will be responsible, however, for issuing parking violations if Con Ed’s EV charging spots get blocked by gasoline vehicles (“ICE’d”).

A false equivalence with Montreal

Con Ed frequently invokes comparisons with Montreal’s curbside charging program, which also operates AddEnergie EVSEs and the company’s Flo network. However, a key difference is that the City of Montreal owns those EVSEs. Montreal charges $0.75 ($1.00 CAD) per hour, 30% as much as Con Ed, for its curbside EVSEs.

“We don’t depend on a private company for water or for policing or for fire protection. If they can’t handle the job, it’s time to look for new alternatives.”

New York State governor Andrew Cuomo also suggested at the time that Con Ed should perhaps lose their 135-year franchise in the city:

“They are regulated by the Public Service Commission. They can lose their franchise. We have changed utilities in the past… It’s not easy but we do a lot of things that aren’t easy and legally it’s totally possible.”

Last month, despite protests, the NYPSC authorized Con Ed to hike electricity prices another 4.2% over two years. The United States Bureau of Labor Statistics reports that even before this price hike, electricity prices in NYC were 47% higher than the national average.

Speaking personally, I’ll start with the one positive aspect here. I’ve had great experiences with AddEnergie’s equipment and network when I drive up to Quebec. It’s been a sharp contrast to ChargePoint’s total, decade-long failure at curbside charging here in the District of Columbia. However, DC did do much better on pricing, charging only $1/hour for curbside charging (including parking costs) overnight.

No matter what though, New Yorkers lose here. Either they succumb to getting gouged by an unregulated side-hustle by their monopoly-utility, or they ignore the chargers and see their ratepayer dollars flushed down the drain. It’s especially frustrating because Con Ed repeatedly acknowledges that success of the program depends on high utilization, but they’ve structured it in a way that guarantees failure. Hydro Quebec was able to justify building public charging infrastructure entirely from the increased revenues it derived from EV drivers charging at home.

The mayor and governor are right, it’s time to explore a city without Con Ed. The difference between Con Ed’s proposal here and what publicly owned utilities in Quebec and Pasadena have put forward is stark. Utilities discussing “Charging as a Service” should be understood to be sidestepping their core responsibility. Con Ed’s proposal is evidence that they’re either grossly negligent in not understanding the business they want to be in, or simply deceitful.

In the mean time, the mayor should order NYC’s DOT to refuse any franchise agreement to Con Ed for public rights-of-way for curbside charging, and instead have DOT setup its own curbside charging program for the city.

I like AddEnergie’s equipment fine, but I’m so jaded on private networks and memberships at this point, I’d sooner see NYC’s DOT bring back General Electric’s “Electrant” L2 EVSE. The Electrant took coins, and debuted in 1899(!). It could be found on NYC curbsides over a century ago. I’ll gladly keep a roll of Sacagawea and quarters in the glove compartment over handing my data to yet another EVSE network. Plus New York City demands this elegance: 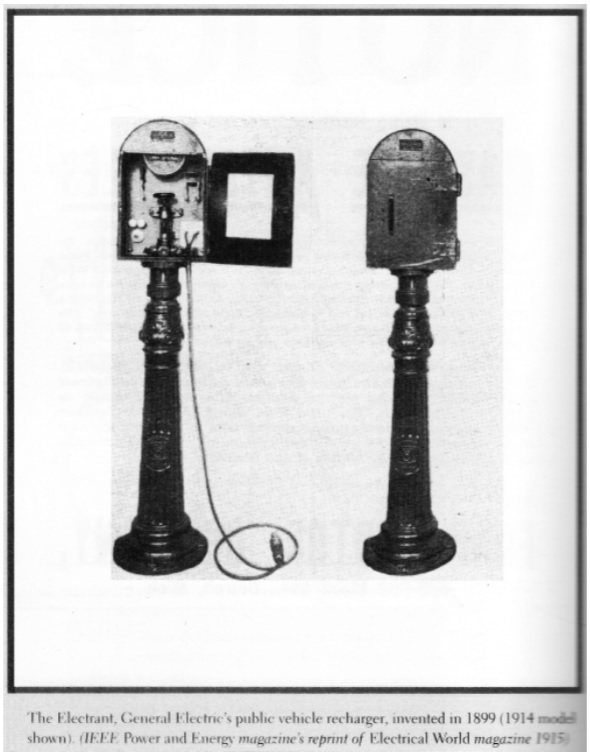