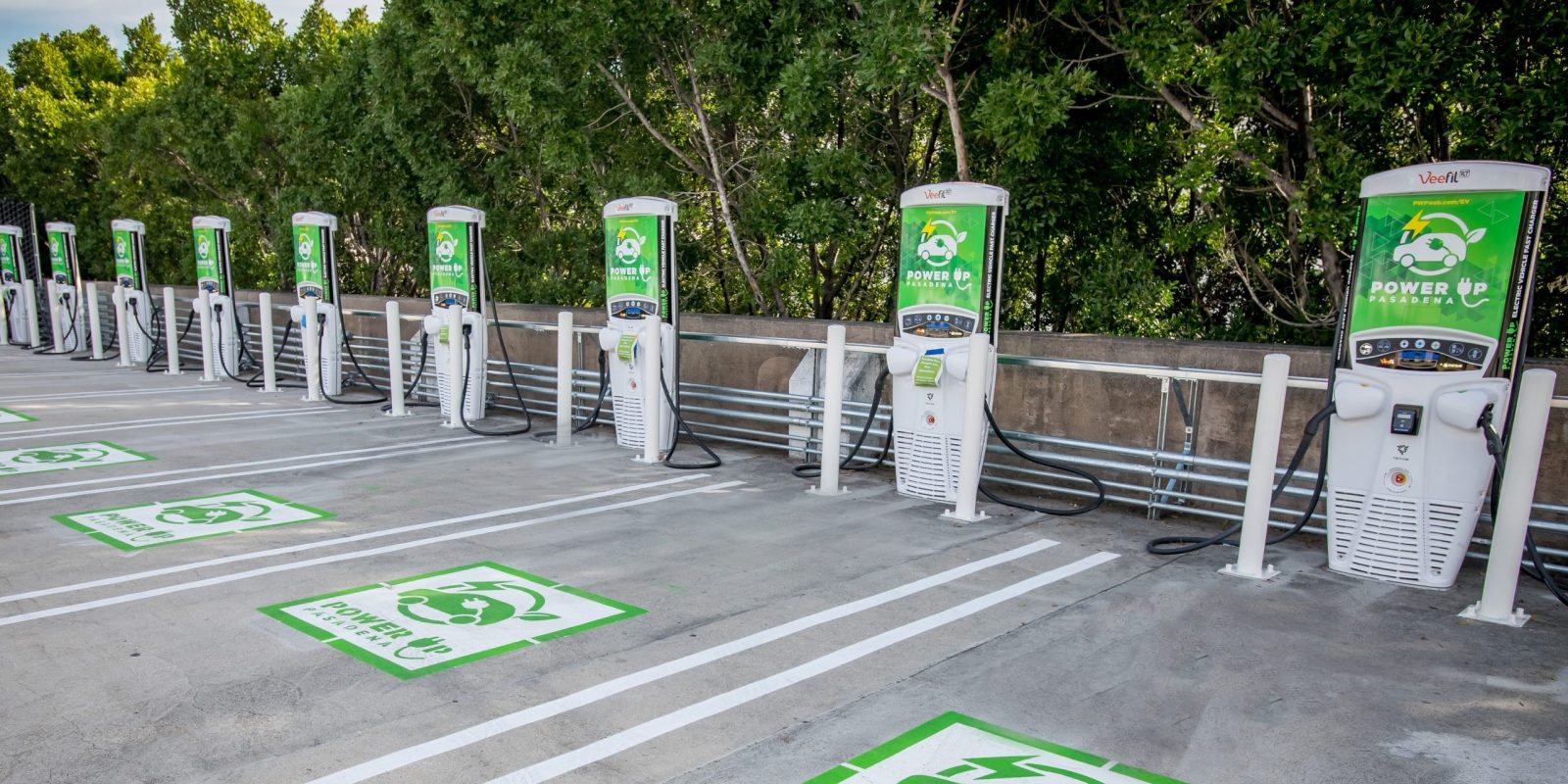 Less than a year ago, the Pasadena City Council voted to join Tesla in building the largest public fast charging station in the USA. That station is now live, offering twenty 50kW stalls each with both Chademo and CCS/SAE ports, accompanied by another 24 parking stalls each with their own 72kW Tesla urban Supercharger stalls.

Unlike many cities that rely on private investor-owned utilities, the City of Pasadena owns Pasadena Power & Light, a community-owned non-profit utility.

By a 7-0 vote, the Council authorized a five-year agreement with the Silicon Valley electric carmaker that creates 44 public-access fast-chargers on the roof level of the Marengo parking garage at 155 E. Green St.

Under the agreement to be executed by the city manager, Tesla would pay for 24 “super chargers” for Tesla vehicles only. In addition, the company would install the electric infrastructure to enable Pasadena Water and Power to add 20 fast-charging stations for non-Tesla vehicles. The wiring would save the city $140,000 in capital costs.

Less than a year after that Council vote, Pasadena Power & Light has announced that the stations are operational and open to the public. The utility chose Tritium’s Veefil-RT 50kW EVSEs for its publicly-owned stalls and is generously offering free electricity at them. The Chademo-Tesla adapter all of a sudden looks like it could be a very good investment for certain Tesla owners in Pasadena.

Decided to check out the largest location for DCFC in California! 24 @Tesla #Supercharger paired with 20 @TritiumAus #VeefilRT at Paseo in Pasadena! Free DC on the Pasadena ones for now! 👍🏾🔌⚡🔋🚗 #ChargeOn pic.twitter.com/5u2golJkoo

This is very impressive on multiple levels, and a model for other cities to emulate. As a contrast, the District of Columbia has a single DCFC station, operated by EVgo in a private parking garage that costs $9-$12 just to enter, before the expensive charging begins.

It’s hard not to take note that residents served by publicly-owned utilities have the brightest EV future.