This solar electric bike/car is almost perfect, except for the price 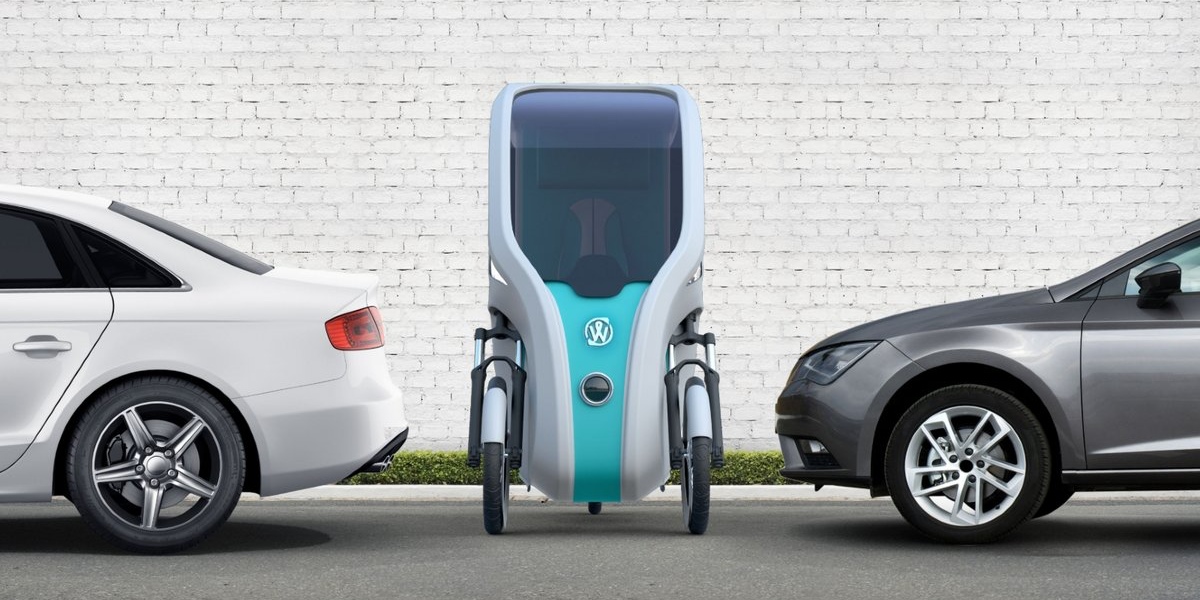 The Wello Family solar-powered electric bike/car was just showcased at CES 2020, demonstrating how families might be able to transport kids or cargo with a much smaller carbon footprint than conventional transportation.

But with a price tag of around US$8,800 (or a bit less if you forgo the solar panel), the Wello Family demonstrates more than eco-friendly transport. It also demonstrates how pricing is still a barrier to the adoption of these funny little electric bike/cars.

Even if we can’t afford it yet, that shouldn’t stop us from admiring the solution though, should it?

The French-made Wello Family is actually a potent little EV. The front end offers not only suspension, but it also leans into turns to make the vehicle more stable at higher speeds. While that’s common on larger, higher-end three-wheeled electric scooters and motorcycles, leaning pedal trikes are still a rarity.

In addition to the driver’s seat, there’s room for either a child or extra cargo in the back. The rear seat converts into a storage trunk. Wello says the bike/car can fit as much as 800 liters (28 cubic feet) or 80 kg (176 lb) of cargo.

With the increased use of cargo e-bikes as delivery vehicles, that could mean the Wello Family, or vehicles like it, have some serious commercial-use potential. 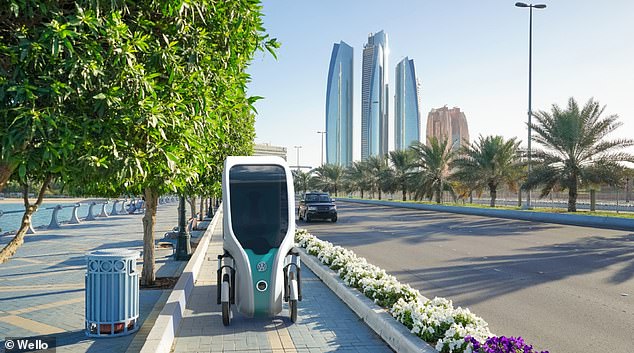 If the solar-charging option wasn’t enough to make the Wello Family unique, then the fact that it is covered should also help. That will keep most (but not all) of the rain and weather off of the passengers and may make it more enticing for wetter cities.

And to sweeten the deal, the bike features dual propulsion options including both pedal power and an electric motor assist. The functional pedals mean that the bike/car is legally only the former, and thus doesn’t require a driver’s license, insurance, inspection, parking fees or any of the other costs and hassles associated with car ownership. It can also use the bike lane in most areas, though it might still garner some less-than-thrilled looks from other cyclists when the 2.7 ft wide and 7.4 ft long (0.8 m x 2.3 m) vehicle comes speeding down the bike lane.

Speaking of speed, the electric motor helps the Wello Family reach speeds of between 15 to 25 mph (25.5 to 40 km/h) depending on local regulations.

The company isn’t sharing too many other tech specs yet, though it says that the bike has a range of up to 100 km (62 mi) per day, meaning that likely includes recharges with the solar panel on a sunny day.

The motor specs are also missing, though the motor on the company’s website looks suspiciously similar to a Bafang Ultra motor that is rated for 1,000 W of continuous power or closer to 1.6 kW of peak power. We’ve played around on some e-bikes built around that motor and the power is astounding. 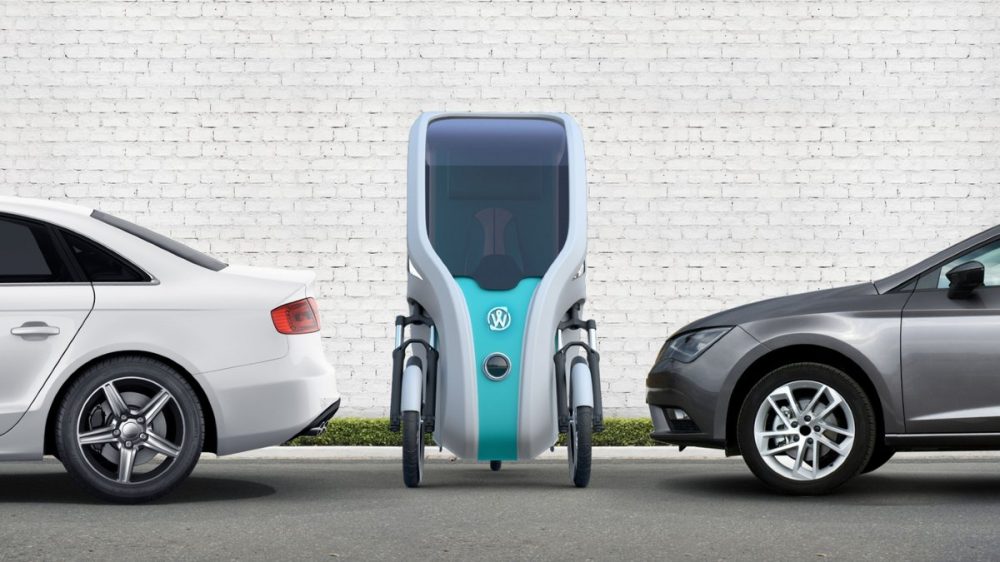 As much as I love what Wello is doing here, I can’t wait for the day when these types of vehicles become affordable.

I’ve tested out heavy-duty, cargo/kid-carrying electric bikes, and they are great ways to replace the utility of a car with a more eco-friendly (and fun) vehicle.

The idea of adding solar charging and a roof only makes me want one of these types of vehicles even more. And the fact that there are awesome options on the road already, even in the US, is quite promising.

However, I just can’t justify spending this kind of money, especially when you can find used electric cars for these prices (though electric cars, of course, don’t have many of the advantages of e-bike/cars or e-velomobiles).

As these types of rides become more common in the coming years, though, and as prices (hopefully) come down, I could definitely see myself commuting in something like this. And if I had kids, I’d certainly prefer putting them on the back of a tricycle instead of a not-so-stable-while-parked bicycle.

What about you guys? Let us know what you think of solar electric bike/cars in the comments below! 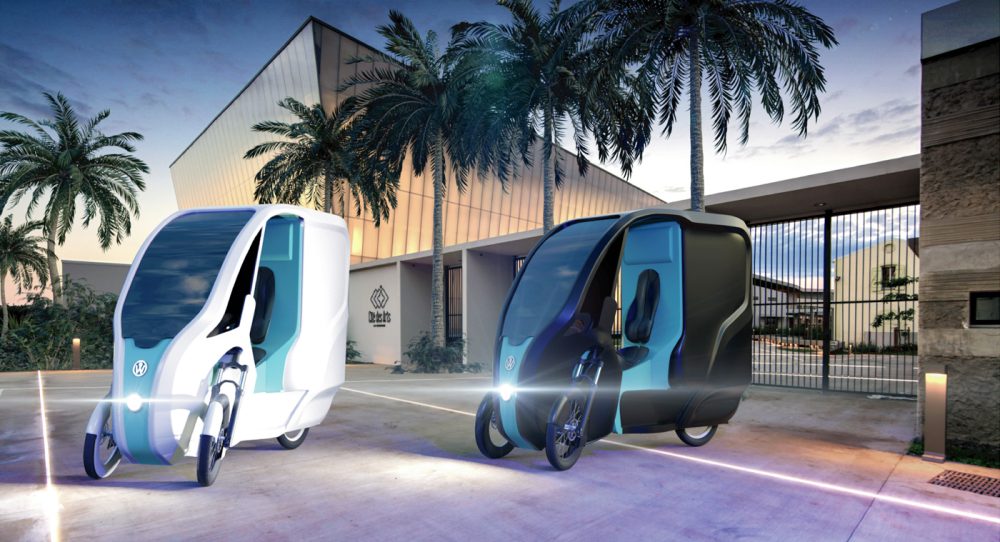