New Super73 electric motorbike to debut next month, and it’s ‘something big’

Super73 is known for its vintage-inspired electric bicycles, and now the company is teasing a new electric motorbike.

According to Super73, the new electric bike will be unveiled in Los Angeles on January 25th.

An invitation just went out describing the new vehicle as “something big…” but we don’t yet have confirmed details regarding the new bike.

Visible in the invitation is what appears to be the nose of the battery case.

According to a statement from the company, the January launch event will showcase:

The company is best known for its Super73-S1 electric bike, which we reviewed this summer. The Super73-S1 offers a mini-bike style frame with fat tires and a top speed of around 25 mph (40 km/h). It usually retails for around $1,800 to $2,200 depending on current sales and promotions.

The company also offers a more affordable model known as the Super73-Z1 and offers slightly more muted specs yet at a price of around $1,400.

See our review video of the Super73-S1 below.

If you hadn’t noticed, electric moped-style e-bikes are becoming very popular. Juiced recently rolled out the Scorpion, Rad Power Bikes introduced the RadRunner and Monday Motorbikes just crowdfunded the Gateway electric moped. Plus there are companies like Bird and Scoot that are introducing their own moped-style e-bikes that are being used for sharing programs. Heck, you can find interesting options on Amazon these days offering giant 1 kWh batteries, seating for two riders and more for just $700. So the market is certainly heating up. 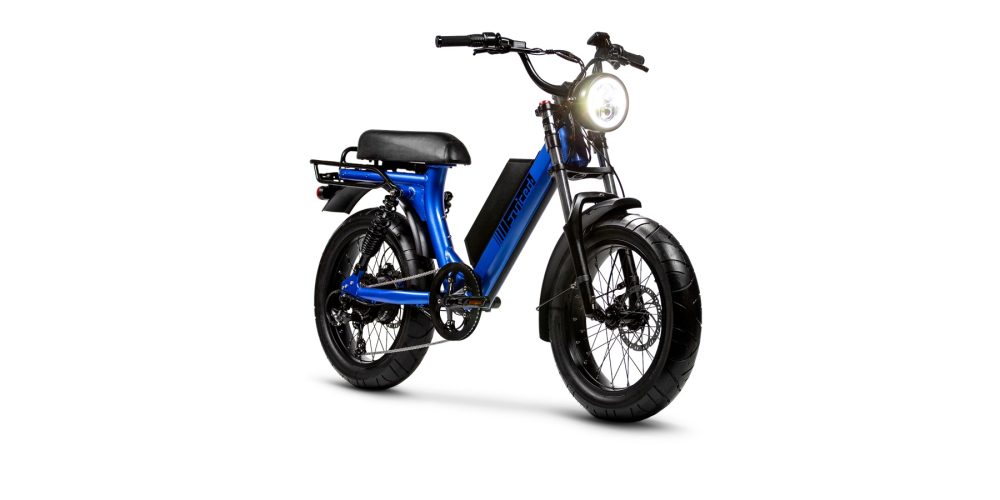 What do you think we’ll see from Super73? Let us know in the comments below!