Bird’s electric moped-style e-scooter seems to be even closer to rolling out than we thought. At least that’s how it appears based on the first photos we’ve received of Bird Cruisers parked outside of Bird’s HQ in Santa Monica, California.

[Update: In addition to the first spy shots of the Bird Cruiser below, we recently received more information about the upcoming electric moped. Based on a new video tutorial discovered by Alex Garcia, Bird has updated the design of the Cruiser to remove the helmet box, which matches with the spy photos below. The tutorial shows two riders on the Cruiser, indicating that the scooter sharing company does indeed anticipate users riding two-up on the bike.

The tutorial also shows an update to the riding style, where Bird now suggests using bicycle lanes. Previously, the Bird tutorial suggested that riders use the full street lane like a car.]

Bird updated the tutorial animations in the Android app. The helmet box is gone which means it will support 2 passengers and it will be a Class 2 e-bike with a max speed of 20 mph and you can ride it in the bike lane. @MicahTollhttps://t.co/vtdBt2QI6Z pic.twitter.com/fO7drySqmZ

An eagle-eyed Electrek reader spotted what appear to be a few Bird Cruisers locked up near Bird’s home base and sent us the photos.

While there isn’t any branding on the electric mopeds (or perhaps “nopeds,” as are there aren’t any pedals here), they match the original renderings of the Cruisers exactly.

Inspecting the photos, we can see a classic moped-style frame with a double crown fork and rear suspension comprised by dual coilover shocks. The fork appears to be rigid, meaning the Cruiser is likely to only sport suspension in the rear. 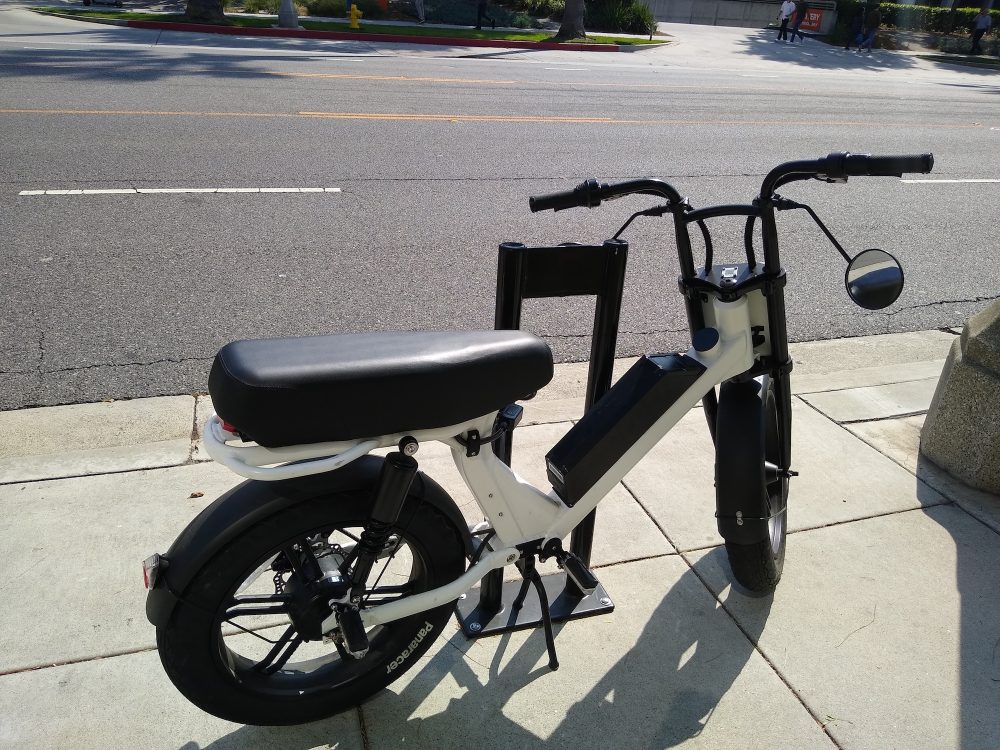 Also found in the rear is the hub motor that powers the Bird Cruiser. It looks to be approximately 500 to 750 W in size and is a cast wheel, just like the front. Many shared electric bicycle companies are moving away from spoked wheels due to their weak points and increased maintenance concerns.

The Cruiser is expected to use a 52V battery, which can be seen on the main downtube of the bike. It appears to be removable, though this is likely performed only by Bird staff that will be in charge of keeping the Cruisers charged.

And check out those funky drop mirrors. They’re very cafe racer, yet on a very non-cafe racer bike.

The Cruiser is locked using what appears to be a rather flimsy steel cable lock. It doesn’t look like your standard $10 Amazon-special lock, though. It is threaded through a special mount on the right side of the e-bike, indicating that this could be a standard feature found on Cruisers. 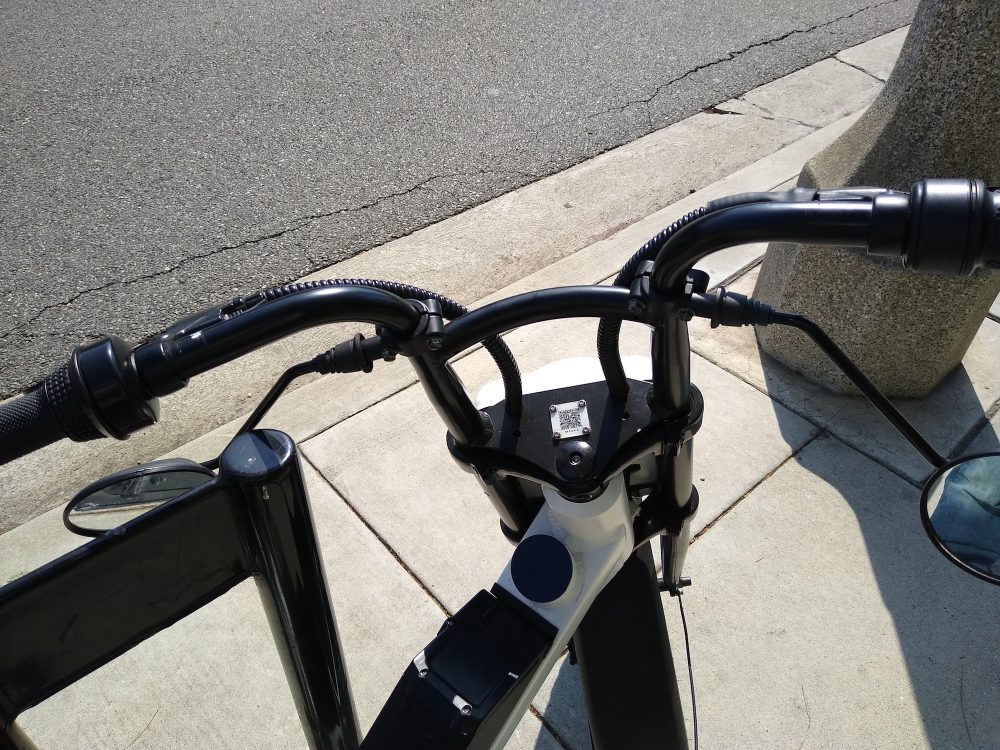 After we recently reported on a tutorial for the Cruiser being discovered in Bird’s Android application, it appears Bird expects riders of the Cruiser to use on-street parking. If so, the inclusion of a bicycle-style cable lock is a bit curious.

The bench seat seems to be long enough to support two riders, and pillion pegs in the rear would support the two-rider assumption. However, Bird’s Cruiser tutorial shows that the Cruisers will eventually come with rear cargo boxes to hold a helmet, which could limit how much space is available on the seat for a second rider. 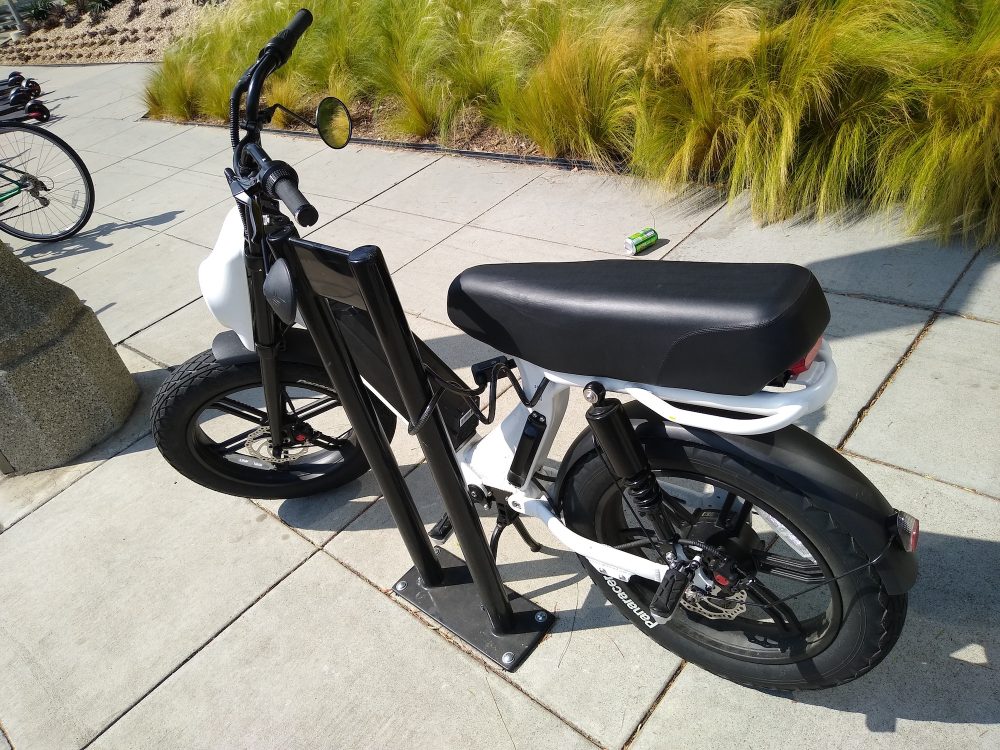 Lastly, the final clue that this electric bike is indeed the upcoming Bird Cruiser is the acrylic-protected QR code on the top of fork’s crown. 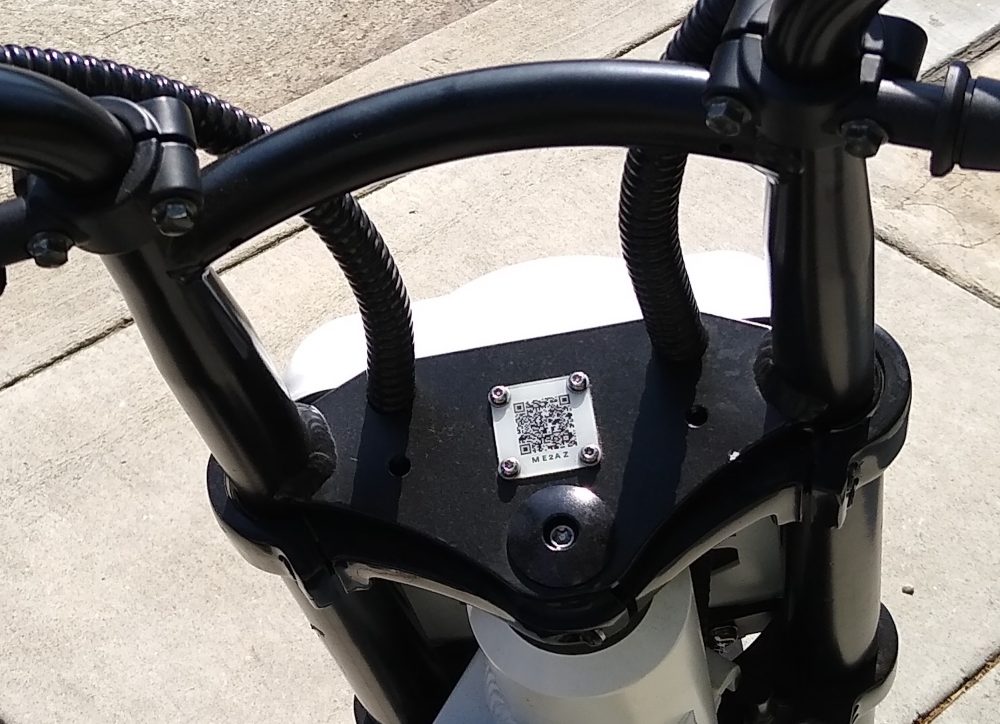 Unsurprisingly, Bird doesn’t let me rent the bike when I scan the code using the Bird app, but that could be changing soon if the scooter-sharing company is close to rolling out these new rentable rides. 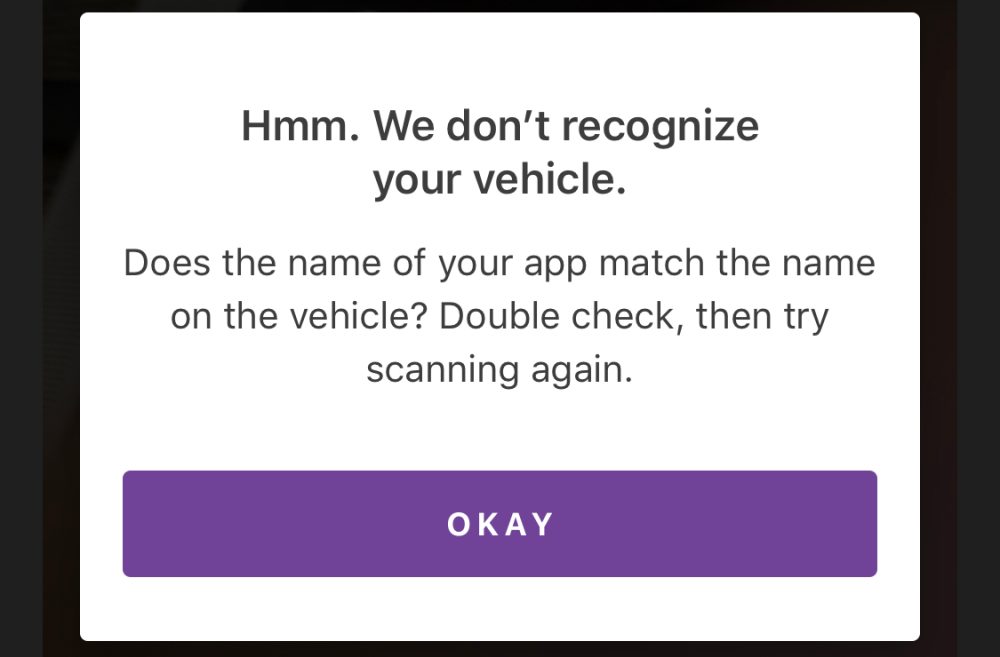 Bird reportedly teamed up with Juiced Bikes, another California-based electric mobility company, for the design and production of the Cruiser.

Juiced recently released the Juiced Scorpion electric moped, which bares some striking similarities to the Bird Cruiser, though it doesn’t appear to be a simple copy and rebadge operation.

What do you think of Bird’s new Cruiser electric moped-style bikes? Would you rather ride one of these than a standard Bird electric scooter? Let us know in the comments below!