Spy photos of the Mercedes-Benz EQS flagship EV were captured this week. The images are a reminder that Daimler is moving step by step toward an entire electric lineup — while the EV world fixates on the glittering Cybertruck. The Mercedes EQS large sedan (and EQC crossover before it) are paving the way to models that roughly line up against the Tesla Model 3 and Model Y.

The all-electric Mercedes EQS slots in size between an E-Class and S-Class. So the EQS theoretically competes against the Tesla Model S, which is dwindling in importance. But the Tesla model that’s eating everybody’s lunch in the US luxury car market is the Model 3.

The next wave of electric crossovers is unlikely to slow down the Model 3’s domination. Bloomberg reported last month:

In the US, Tesla’s sedan has taken over the luxury class, outselling the category-defining BMW 3 Series and Mercedes Benz C-Class combined. And it’s doing so at a higher price: The average Model 3 goes for around $50,000, which is more than any of the top 10 vehicles that buyers traded in from other brands, according to responses to Bloomberg’s Model 3 owners survey. No other sedan in America is generating more revenue.

Meanwhile, the Tesla Model 3 is beating out less costly EVs available across the globe, as seen by this chart from our friends at CleanTechnica: 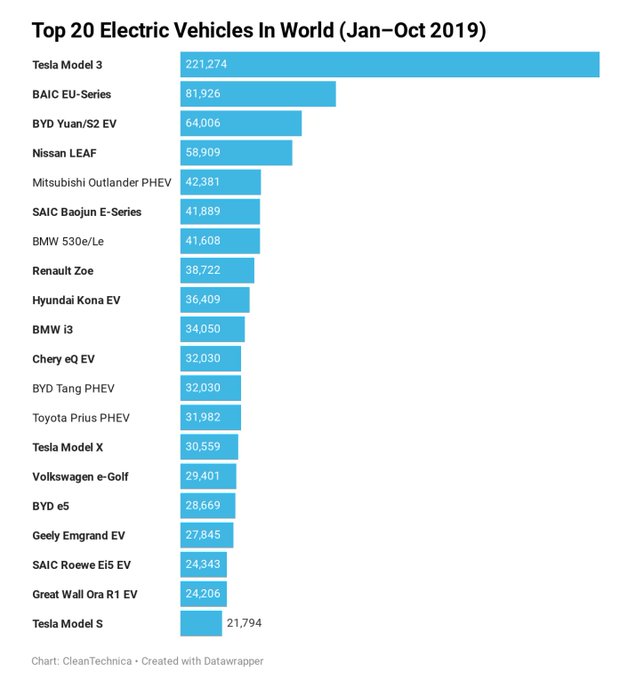 The $67,900 Mercedes-Benz EQC SUV will arrive by mid-2020. Then the EQS full-size sedan arrives. Only then will the battle lines be drawn.

At that point, we’ll know better if Tesla will own the luxury EV market for many years to come — or if the likes of Mercedes-Benz will begin to even out the electric-car market between Tesla and legacy automakers.

Carscoops’ new spy shots revealed the EQS in production rather than concept form. Its instrumentation mimics the next-generation S-Class. Combine Mercedes’ top-notch interior appointments and build quality with a driving range around 300 miles. Two variants promise a choice between a base model granting 400 horsepower and an AMG version boosting the powertrain to 600 hp. But the EQS electric sedan is in a low-volume category of expensive limousines.

You can imagine that the EQS was probably first planned in response to the Model S. Since then, the EV market took a giant turn with the Model 3. Keep in mind that the EQS will be followed in the next year or two by the EQA hatch, EQB SUV, EQE sedan, and a full-size EQG 4×4. 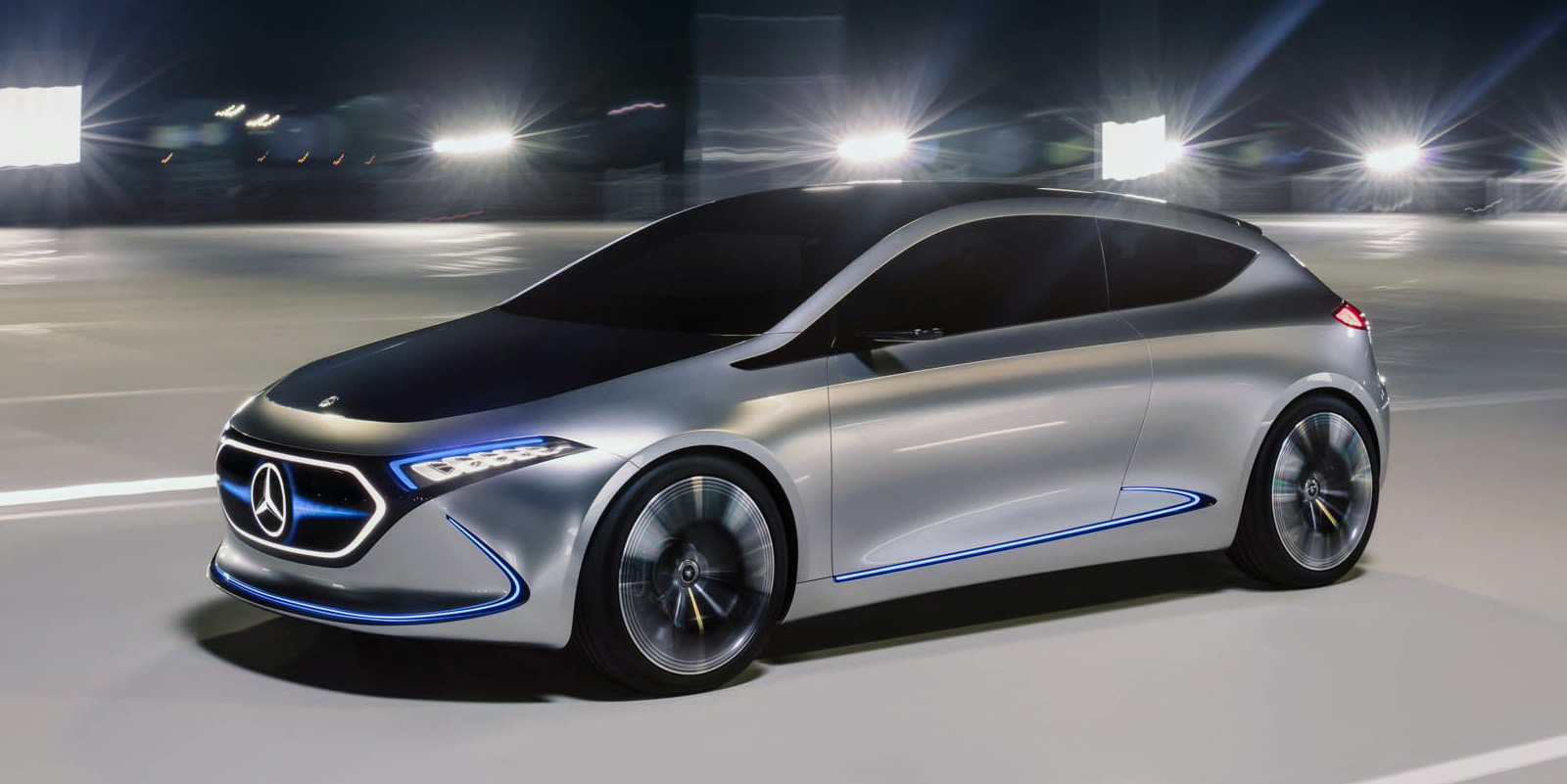 The low-slung EQA hatch is the closest thing (although obviously not an exact match) to the Model 3 sedan in the Mercedes electric lineup. It will probably offer multiple battery-pack options, the largest of which could have about 250 miles on a charge.

So the importance of any news about the much larger EQS is how it reveals that Mercedes-Benz is getting warmed up with EVs. Daimler needs to move fast, produce in high volumes, and offer headline-grabbing price points. Or it could be too late to catch up to Tesla.

As we noted about the EQC, new lookalike electric crossovers from Audi, BMW, and Mercedes don’t get much love. Not when the Cybertruck dominates the conversation. Tesla masterfully owns the EV zeitgeist, making it similarly difficult for the EQS flagship to make even a small splash.

But let’s keep our eye on Mercedes, especially if it can execute on one vehicle after the next until it has an entire showroom full of luxury EVs.

Car companies are competitive. They don’t let the competition take away sales without putting up a fight. Daimler is investing $11.8 billion in the brand’s electric fleet and $1.2 billion in battery production.

The Model 3 has a massive lead. The Model Y could also be a hit. But Mercedes appears to be clawing its way into the EV market with an electric crossover followed by a powerful, long-range flagship sedan. Then the EQA arrives as a litmus test to see if luxury buyers might see the EQA and EQB as a worthwhile alternative to the Tesla Model 3 and Model Y. It might be tough, considering the advantage represented by the Supercharger network.

Nonetheless, the EQ brand, and to a lesser extent BMW and Audi electrics, are the only thing standing in the way of Tesla’s long-term dominance in the luxury market.