In Tesla’s shadow, Audi and Mercedes electric SUVs get no love

A couple of weeks ago, Mercedes-Benz quietly announced the price for its all-electric EQC sports-utility vehicle. A $67,900 starting price for a luxurious, 200-mile, 402-horsepower luxury crossover is a good start for the EQC brand. But the announcement got completely lost in the shuffle in a week filled with buzz about Tesla’s bulletproof, stainless-steel Cybertruck. Even the deserved attention given to Ford’s Mustang-inspired electric SUV was cut short. So where does that leave the play-it-safe luxury electric SUVs from Mercedes-Benz, Audi, and BMW?

As we reported a week ago, the $75,000 Audi e-tron has not been a big hit. Don’t get me wrong. Audi loyalists and traditional luxury car buyers appreciate the e-tron’s smooth, comfortable, and safe ride. But relatively low sales numbers suggest that the e-tron is not energy-efficient enough. And it doesn’t have enough range at 204 miles. Or it’s being produced in low numbers. Or there aren’t other stand-out attributes besides being a well-made automobile. Who knows?

But whatever the reason, the first of four all-electric e-tron variants did not stir a big response. Not when it’s facing competition for mindshare from the Cybertruck or an electric Mustang.

This photo circulating the internet tells a big part of the story: 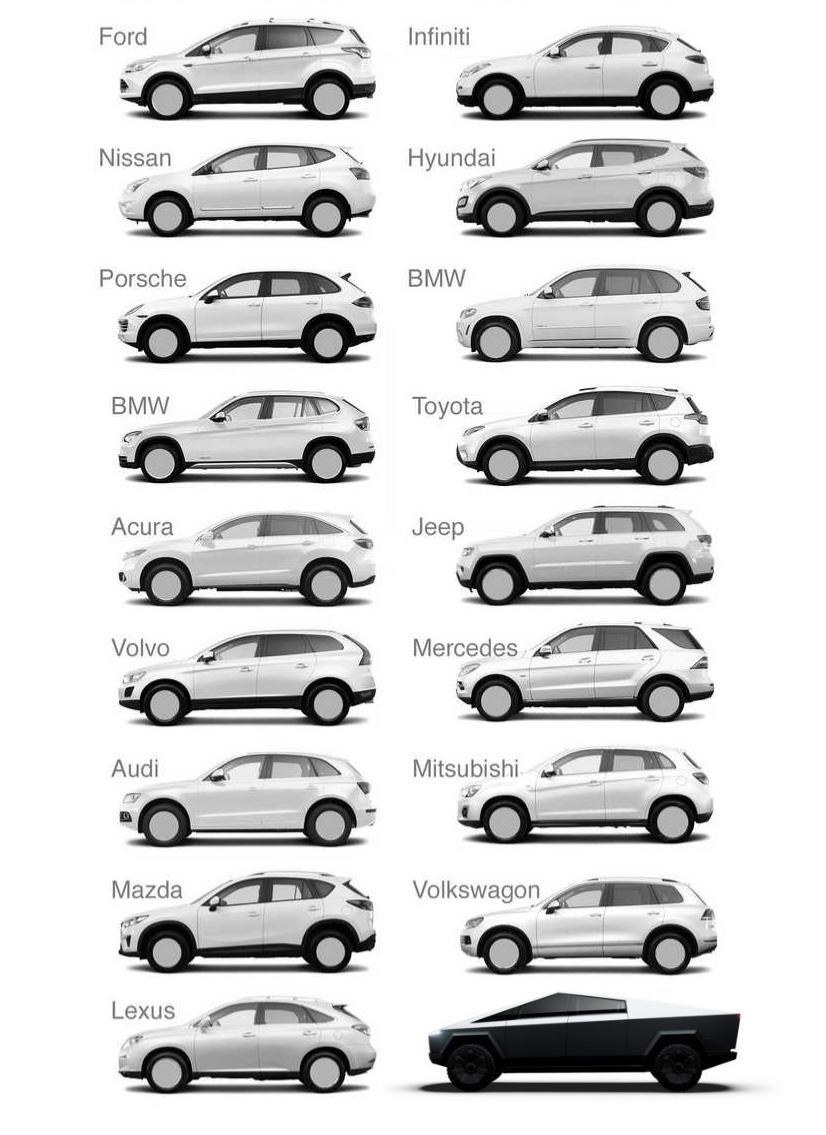 The Mercedes-Benz EQC is not over-priced at $60,000 after incentives. But it enters the market as just another German electric, luxury SUV. It’s priced $8,000 below the e-tron, but that has to be weighed against the e-tron’s 95-kWh pack. Even if the e-tron is not as efficient, the EQC carries only 80 kilowatt-hours of battery capacity.

The EQC, which uses the GLC-class platform, is about 6 inches shorter, 2 inches narrower, and 2 inches shorter. That’s arguably the perfect size for urban driving. The EQC’s range is not yet official, but at 80 kilowatt-hours, it’s likely to be a few miles above 200 – in the same territory as the e-tron. No news there.

The EQC and e-tron have similar horsepower while the EQC’s 561 pound-feet of torque beats the Audi’s max torque of 490 pound-feet. By many accounts from people who have driven both vehicles, the Mercedes-Benz is a nicer ride. But that’s a matter of taste.

These distinctions might not make much of a difference in the long run. The problem is that both the EQC and e-tron are playing by the same old rules – with what has become predictable specs, appearance, and prices. 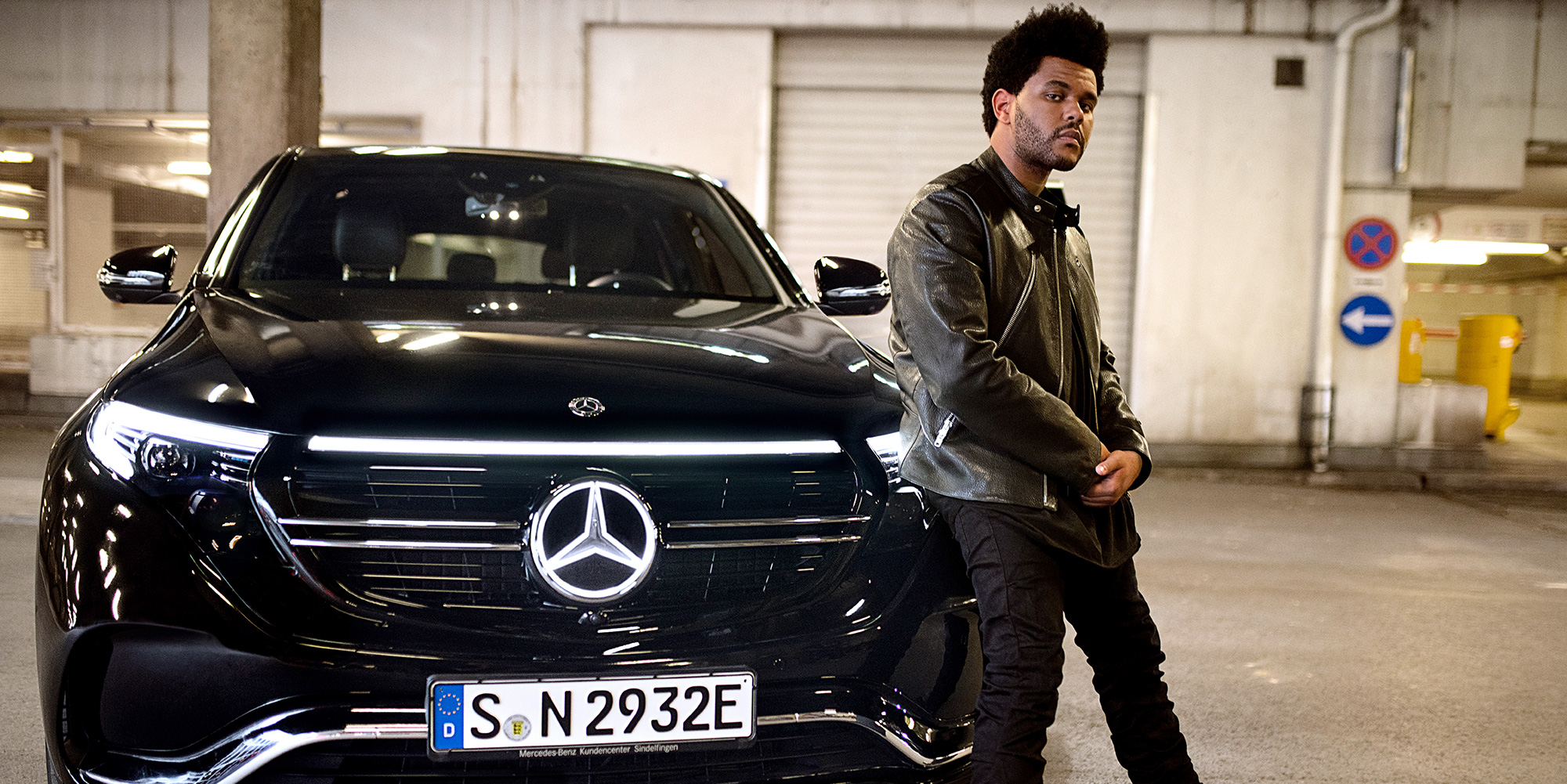 The pendulum keeps swinging. Reactions against weird-mobiles like the BMW i3 and first-gen LEAF sent a message that classic automotive beauty is needed for EVs. Tesla proved that EVs could be cool cars, full stop. Then Elon flipped the script again with the Cybertruck. And the Mustang Mach-E arrived.

The problem for the German automakers (and the EV movement) is that as 2020 rolls around, consumers will see sedate German luxury EVs in a blur of sameness. The more time that passes, the problem gets worse. The long gap between BMW’s i3 and the eventual release of its electric SUVs puts the company further behind the times.

Meanwhile, the Mercedes-Benz EQC’s $67,900 price does not have a convincing ring to it, especially when you consider that the out-the-door cost for most buyers will be a lot more. It will have to compete for savvy customers who can pay $20,000 less for a vehicle with more pizzaz.

The EQC might have all kinds of compelling features, a ton of torque, luxury appointments, and pop-star The Weeknd as its pitchman. Those things and a decent price are probably enough to put up respectable sales numbers. But in an Elon world, it could be an uphill battle for the EQC, e-tron, and i brands.

Mercedes-Benz did a good job with EQC’s price. It could very well convert a lot of traditional Mercedes loyalists into EV drivers. And that’s exactly what Mercedes needs to do.

But a transactional price around $70,000 to $80,000 for a 200-mile luxury SUV practically ensures modest sales numbers. The vehicles aren’t compliance cars in a conventional sense, but there’s a whiff of compliance in the air. Production numbers will tell the full story. If the production numbers are low, it will signal a slower-than-necessary transition to EVs for the German automakers. That’s a problem not only for those companies but the whole EV movement.