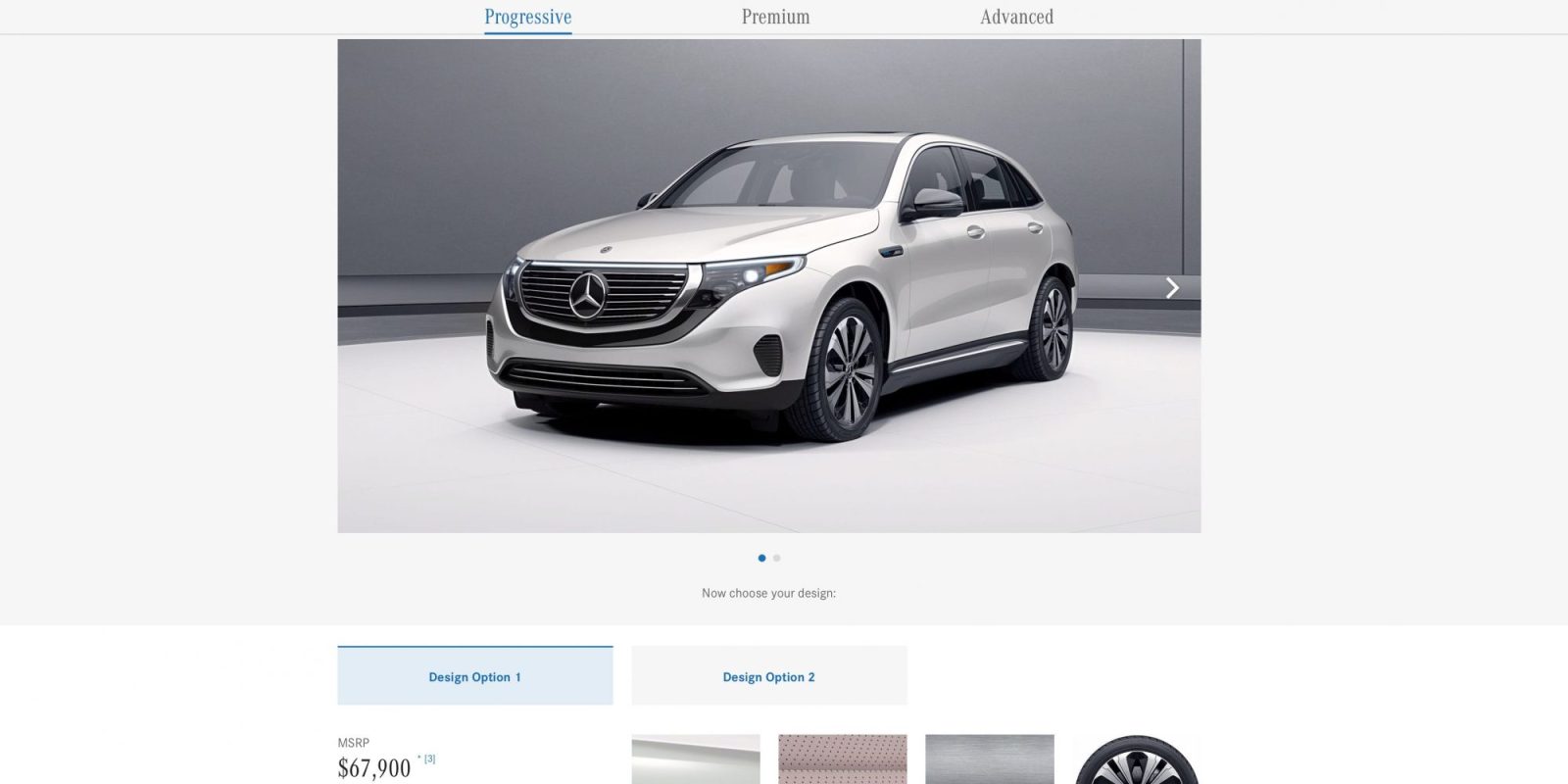 Mercedes didn’t have any new electric vehicles to show off at the LA Auto Show, but they did give us pricing for their upcoming EQC. The car will start at $67,900 in the US, or $60,400 after taking the $7,500 federal tax credit into account.

Other trims include Premium, which starts at $72,270, and Advanced, which starts at $76,620. Premium adds a surround-view camera, hands-free access, wireless mobile charging, and some interior and exterior changes. Advanced adds leather, ventilated seats, and driver assistance features.

Mercedes has also posted a configurator for the new EQC, showing the possible options in more detail than described above. The configurator doesn’t allow prospective customers to pick out all the options yet, but rather lets them indicate interest in the car and sign up to be notified.

Mercedes still says “as a concept car, the designs, features, etc. are subject to change.” Naturally, we would expect changes in options, but perhaps “concept” is a strong word to apply to a car that has already started European deliveries. We can be pretty confident that the car will look similar in the US to how it looks in Europe.

Earlier this year, Electrek had some time with the EQC and quite liked it. Fred’s take at the time was that the EQC would be attractive if Mercedes could keep the price under $70k before incentives. It looks like Mercedes has managed to do that, and even given themselves a couple thousand dollars of headroom to spare.

It should be the easiest way for Mercedes-Benz fans to go electric.

What do you think about the EQC, and the announced price?