While we’ve tested a pile of electric scooters here at Electrek, we rarely see any with removable batteries. But that’s exactly what the Turboant X7 electric scooter offers, along with some nice features and specs too. And it packages it all together for an affordable price of $399 (currently marked down from $599 for their November sale).

[Update Jan 21, 2021: Turboant has a new version of this scooter known as the Turboant X7 Pro. It has a number of new features such as larger wheels, higher capacity battery and other upgrades.] 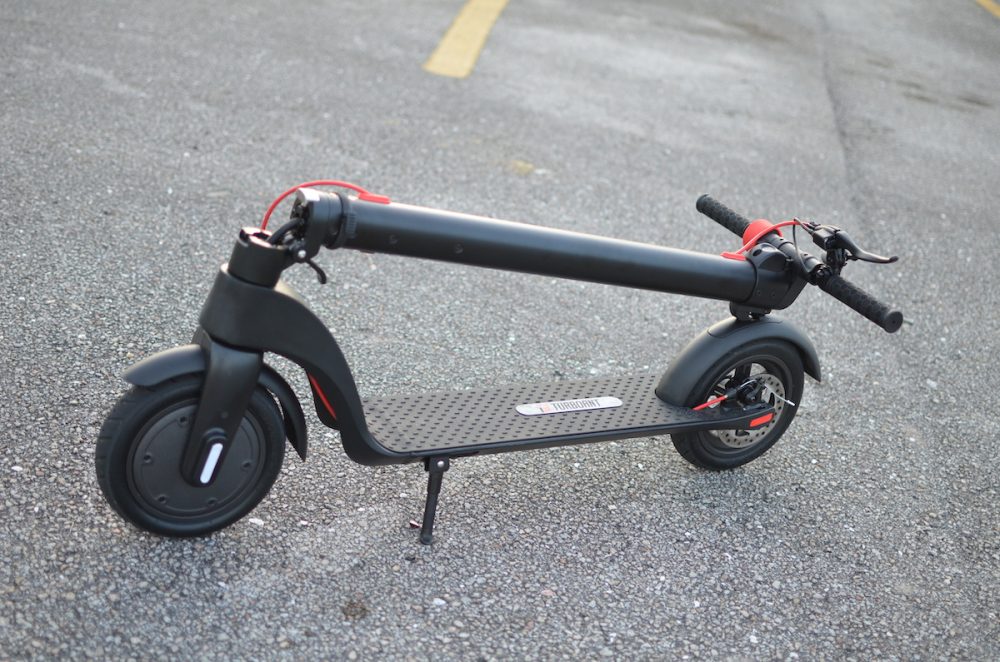 You know you want to see the scooter in action. Check out the video review below!

First of all, the Turboant X7 electric scooter is much more powerful than it looks.

The motor is rated at 350 W but I can spin the tire on takeoff, so it’s obviously putting out much more power than a mere 350 W. Other 350 W scooters are slow to accelerate but the Turboant X7 just seems to take off like it’s got a score to settle.

The scooter’s top speed of 18 mph (30 km/h) does leave me wanting a bit more sometimes, though it seems appropriate for this level of components. The rear mechanical disc brake is fine for these speeds, but I wouldn’t want a brake like this while traveling at 40 mph (64 km/h) like some other scooters I ride. But for 18 mph? The brake works great and I can easily powerslide to a stop like I’m cooler than James Dean. Or as cool as you can look on a scooter.

And there’s the rear stomp brake as well, plus front regenerative braking. Basically you’ve got a lot of braking options.

The built-in lights are also great for night riding and keep you visible to anyone else on the road. The rear lights flash when you hit the brakes which can help alert drivers and riders around you. They might not know that you’re necessarily braking, but the bright flashing will get their attention.

And the bell might seem like an afterthought, but I actually use it all the time. Pedestrians are constantly wandering into the bike lane – that’s just a fact of life. So having a small, loud bell built into the brake lever is an appreciated feature.

The scooter came with cruise control engaged by default, but I turned it off pretty early on. Maybe it’s nice for long straightaways, but if you do lots of starts and stops like me then you’ll probably want to be in total control of your accelerating and braking at all times. 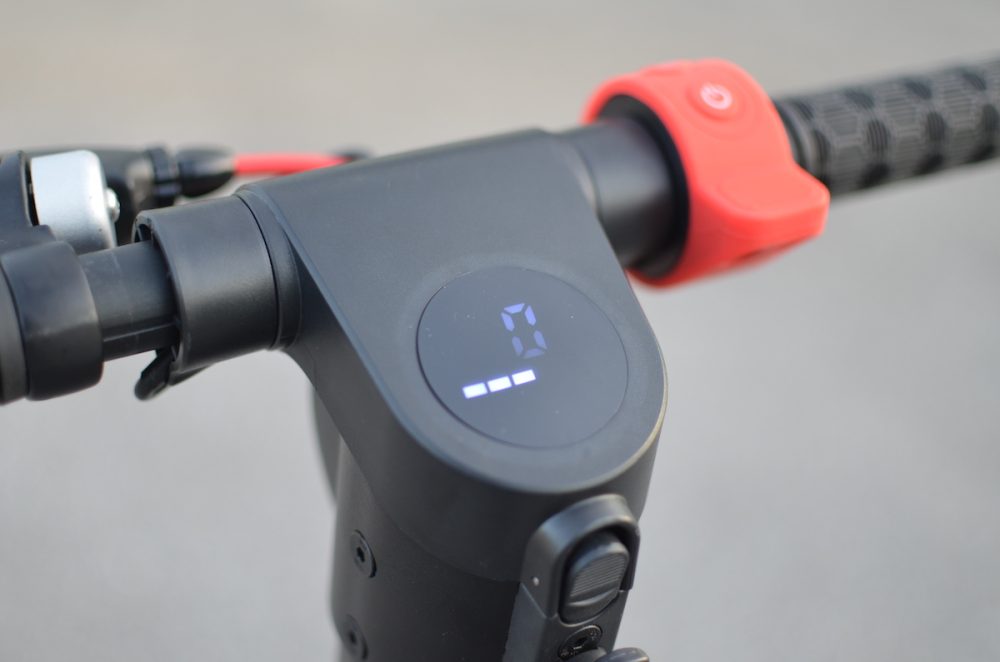 Check out the removable battery

But the coolest part of the Turboant X7 electric scooter is, of course, the removable battery. We’ve rarely seen scooters with removable batteries and I love the feature.

Presumably, the idea is that you can leave the scooter parked outside, in the garage or elsewhere and yet still bring your battery inside to charge. In practice though, I like it because it allows me to take the main part of the value of the scooter with me when I lock my scooter in the city. The battery is the single most expensive component and so taking it inside with you means there’s less for thieves to make off with.

The only downside is that the battery isn’t lockable like on e-bikes, so you almost have to take the battery in with you so thieves don’t make off with it.

But the charging aspect is also a big plus, especially if you live up three flights of stairs like me. I can leave the scooter in the bike room and simply carry the battery up to charge. The scooter weighs just 30 lb (13 kg), but I’d still rather carry a couple-pound battery instead if I have the option.

All in all, I’m quite happy with the Turboant X7 electric scooter. It’s fast enough for my needs, has enough range for the city, and has features that other scooters simply don’t. At its current sale price of $399, marked down from $599, it’s priced lower than the competition, especially considering it has some unique advantages.

What do you think of the Turboant X7? Let us know in the comments below.